WASHINGTON (AP) — The top U.S. military commander for the Middle East boarded a U.S. ballistic missile submarine in the Arabian Sea on Wednesday, a rare move that highlighted U.S. nuclear undersea capabilities during tense times with Iran and Russia.

Gen. Erik Kurilla was shuttled out to the USS West Virginia and went aboard for about eight hours as the submarine rose to the surface in an undisclosed location in international waters in the sea.

The West Virginia is one of the Navy’s Ohio Class, long-range submarines, known as boomers. They are stealthy and, as one leg of America’s nuclear triad, can launch nuclear missile strikes and are considered a key strategic deterrent. The U.S. seldom advertises the location of its nuclear-powered submarines, and doesn’t often have them patrolling in the Middle East.

In a statement Wednesday, U.S. Central Command said Kurilla met with Vice Adm. Brad Cooper, the commander of the U.S. Navy’s 5th Fleet, on the submarine. It said Kurilla also got a “hands-on demonstration of the capabilities of the vessel.”

“These submarines are the crown jewel of the nuclear triad, and the West Virginia demonstrates the flexibility, survivability, readiness, and capability” of the U.S. forces at sea, Kurilla said in the statement.

The unusual submarine visit by a Central Command leader comes as Russian President Vladimir Putin has threatened to use nuclear weapons with his forces losing ground in the war in Ukraine. And Iran — which is in the Central Command region — has become more involved in the war, supplying waves of drones that Russia has been using to strike targets in Ukraine, including power plants, residential buildings and other key infrastructure.

Central Command leaders have often visited U.S. Navy ships in the waters around the Middle East, including massive aircraft carriers that were routinely sent to the region as a deterrent to Iran. Since the wars in Iraq and Afghanistan have ended, the Navy has not had a frequent carrier presence in the region.

Kurilla’s submarine tour also came as NATO began its long-planned annual nuclear exercises in northwestern Europe. Fourteen of NATO’s 30 member countries were scheduled to take part in the exercises, which are conducted around the same time every year and run for about one week.

The drills involve fighter jets capable of carrying nuclear warheads, but do not involve any live bombs. U.S. long-range B-52 bombers are taking part in the maneuvers.

Russia usually holds similar nuclear force exercises this month, and those are expected to begin soon.

The Ohio Class submarines are equipped with Trident II D-5 missiles. The U.S. submarine fleet, split between bases at Bangor, Washington, and King’s Bay, Georgia, represents one leg of the U.S. nuclear “triad,” along with the Air Force’s long-range B-2 and B-52 bombers and land-based Minuteman 3 missiles. 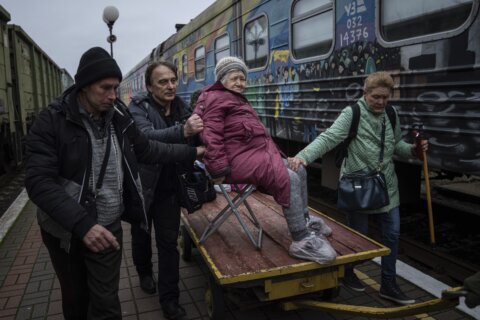 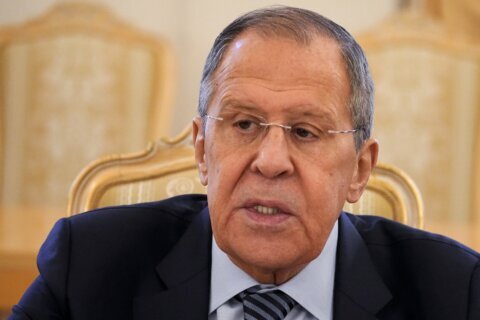 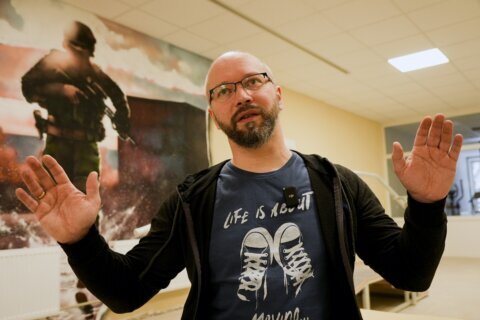