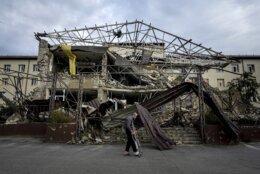 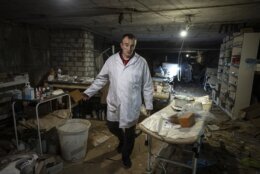 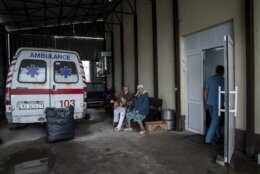 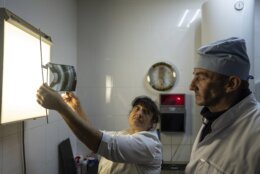 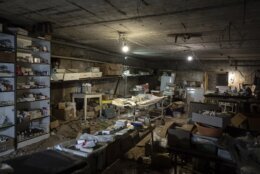 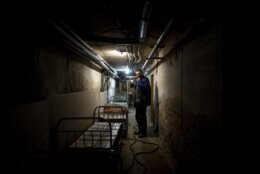 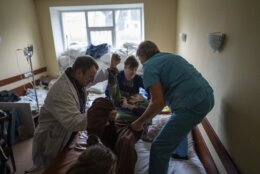 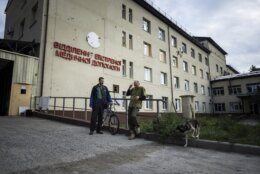 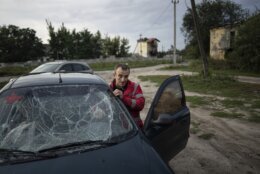 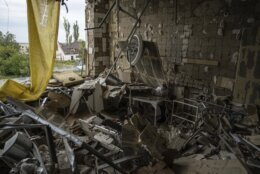 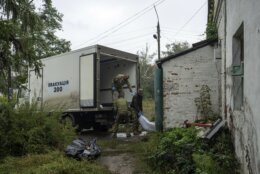 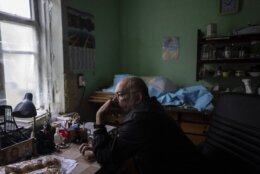 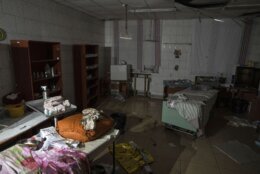 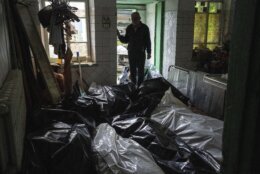 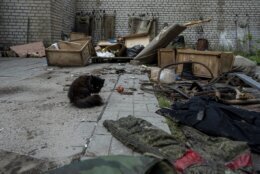 IZIUM, Ukraine (AP) — The doctors are preparing for cold days in the basement. They already spent four months performing surgeries there this year, from the war’s early days until well into the Russian occupation of Izium.

At least they can expect the generator to have a steady supply of fuel, even if it’s no match for the winter air that will blow in through the glassless windows and collapsed walls of a hilltop hospital in northeast Ukraine.

This hospital was the only medical facility to stay open when Russian troops overran Izium in early March, not long after the invasion of Ukraine. The city returned to Ukrainian hands last month during a counteroffensive that dealt a blow to Moscow’s war aims and military prestige.

The signs around the entire hospital complex warning of mines are disappearing one by one as Ukrainian sappers painstakingly clear each patch of earth. The scars from what happened here, to the buildings and to the people who provided and received care, will take much longer to heal.

The dead were collected out back, in the morgue, which remains without power and where the stench is strong but not fatal. Autopsies were impossible then and still are; the staff of three is on the verge of quitting because there’s simply no point anymore.

The dead need electricity less than the living. Plus, the shadows in the morgue mask the holes in the ceiling from the Chechen soldier’s bullets that pierced the neck and stomach of a staff pathologist, who bled out in front of his colleagues.

On the other edge of the hospital compound is the paramedics’ station, also without power. The chief paramedic can hardly bring himself to talk about the six months under Russian occupation , when every day brought fresh horror.

Abandoned is the shattered building in the middle that served as the Russian military hospital. There, empty liquor bottles are scattered with children’s drawings of encouragement. Stained uniforms are strewn across the floor and bloodied stretchers lean against the walls.

The handful of doctors, nurses, paramedics and pathologists who stayed during the occupation found ways to accommodate the Russians in their midst because they saw themselves as the only hope for saving lives in a city rapidly filled with the sick and wounded.

Serhiy Botsman bitterly wants to forget those days, his worst as a paramedic. As a small cat twines itself around his ankles, his gaze turns hard at the memory of a woman screaming as she lay helpless beneath two bodies. Her injuries would ultimately take her leg — an amputation carried out in the basement surgery.

But at least she survived. Botsman’s inner eye fixes itself upon the spilled intestines of a 6-year-old boy, who begged him to help his mother. Neither mother nor son survived the day.

“There is nobody who wants to come and relieve us,” he said. “I am tired. I am so tired. For seven months no one has come to take our place. And how could I leave knowing that no one will come to help us?”

The morgue workers had a role to play when medical training failed, ensuring the dead were not forgotten in a city where so many of their friends and family had fled, where a mass grave was marked with numbers, not names.

Dr. Yurii Kuznetsov, a trauma surgeon, also fights against his memories. He saw wounds from bombs, bullets and shrapnel, and on people who arrived asking for help with injuries they refused to explain but which looked like torture.

“It’s like a sniper when he’s asked if he can see in his dreams all those people he has eliminated. You can go crazy that way,” he said, the dark circles beneath his eyes deepening. He no longer has an intact home to return to — the bombs made sure of that.

Until July, Kuznetsov simply lived in the hospital basement. Two stretchers perched on wheels and a low bed served as the operating tables. The room was so cold that “to inject the solutions, we had to warm them up against our body,” he recalled. The electrician who managed to keep the lights on with a diesel generator was as important as the surgeon in the tenuous environment.

“We were all terribly depressed from time to time. We cried, cursed. We didn’t want to do anything,” Kuznetsov said. “With every saved person, with every saved life, the confidence (of being right) to have stayed here. … We were convinced it was not all in vain.”

When the bombings tapered off and Russian forces assumed firm control of Izium, he found a makeshift home outside the hospital compound and moved surgeries to the ground floor.

That’s where he still works, in the only wing with reasonably solid walls and intact windows. When the thermometer dips below freezing, he expects he’ll again shift everything back down to the basement, where the temperature is cold but stable.

The memory of Fedir Zdebskyi’s death haunts the hospital personnel who survived the Russian occupation. Zdebskyi was a dedicated pathologist who refused to allow his prosthetic leg to slow him down, according to Valentyna Bachanova, a colleague who witnessed his death.

Zdebskyi drove his Volkswagen through the bumpy hospital lot regularly to reach the morgue and catalogue the dead, despite the war raging in the neighborhood, Bachanova said. One day, a Chechen soldier decided he wanted the car for himself, rejecting Zdebskyi’s offer to drive him.

“I’m sleeping on the damp ground because of you,” the soldier said.

Zdebskyi lost his temper after a brief back and forth with the soldier, who identified himself as Ahmed and said he’d been at war for all of his 26 years.

“You are to blame for coming here. You came to my land; you came to kill and rob here,” the pathologist said, according to Bachanova and another colleague in the room.

The last words he heard were from the Chechen: “Your life is still in my hands.” And then five shots — two to the head, two to the stomach and one in the ceiling. Zdebskyi was 70 years old.

The last the witnesses to his death heard, his body was taken across the border to Belgorod, in Russia. The soldier’s commanding officer came to take their statements but beyond that, they don’t know what happened to the man who killed Zdebskyi.

They knew their colleague.

“He always cared. People were dying, but he cared about their children, relatives, mothers. He always said, ‘This is someone’s son, someone’s father, someone’s husband,’” Bachanova said, sighing deeply. “Well of course, there’s no sense in trying to prove anything to a man with a weapon.”