Holidays: 'Enchant' shines with millions of lights in Nats Park | Where to see holiday lights | Send in photos of decorations | How to give greener this season
Home » Russia/Ukraine War News » Allies aim for risky…

WASHINGTON (AP) — U.S. officials celebrated in early September when top allies agreed to back an audacious, never-before-tried plan to clamp down on Vladimir Putin’s access to cash as he wages war on Ukraine.

The idea sounded simple enough: The countries would pay only cut-rate prices for Russian oil. That would deprive Putin of money to keep prosecuting his war in Ukraine, but also ensure that oil continued to flow out of Russia and helped to keep global prices low.

A month later, the Group of Seven, representing some of the world’s leading economies, is still figuring out how to execute the plan — a far more complex task than it might seem at first blush — and the Dec. 5 deadline to marshal participants is fast approaching.

In the meantime, the war grinds on. The Kremlin is mobilizing 300,000 more troops to join the invasion of Ukraine and Putin has annexed four Ukrainian regions after Kremlin-orchestrated referendums that the West denounced as shams.

And while the U.S. and European countries have levied thousands of financial and diplomatic sanctions on Russia, including recently announced penalties, Treasury leaders say a price cap on oil could deliver the most effective blow to Russia’s economy, undermining its greatest revenue source.

Pushed by Treasury Secretary Janet Yellen, the price cap plan is testing the bounds of statecraft and capitalism. Yellen made her reputation as a Federal Reserve chair who helped steer the U.S. into the longest expansion in its history. Now she’s trying to use global energy markets as a vise to stop a war and keep oil prices from rushing upward this winter.

Yellen and her team at Treasury have been lobbying their international counterparts on the price cap since at least May. The U.S. has already blocked Russian oil imports, which were small to begin with.

“This is an entirely new way to use financial measures against a global bully,” Elizabeth Rosenberg, Treasury’s head of Terrorist Financing and Financial Crimes, said at a recent congressional hearing.

“A price cap coalition requires unprecedented coordination with international partners, as well as close partnership with global maritime industries, and exceptional resolve in the face of hostile Russian bluster and threats, including the risk that Russia may seek to retaliate,” Rosenberg said.

The risks of this new form of economic warfare are immense to the global oil supply. If it fails or Russia retaliates by stopping the export of oil, then energy prices worldwide could skyrocket. U.S. consumers could feel the ramifications in another spike in gasoline prices.

“I don’t have a crystal ball. I don’t know exactly what Russia will do here. There are a lot of different options,” Ben Harris, Treasury’s assistant secretary for economic policy, said during a recent Brookings Institution presentation. He added: “The price cap provides an opportunity for a bit of a release valve and the hope that these Russian barrels will find the market, but at a reduced price.”

The Dec. 5 deadline for setting the price for discounted oil comes just before a year-end wider European embargo on seaborne Russian crude oil and a complete ban on shipping insurance designed to prevent Russian oil from reaching non-European buyers. The embargo and insurance ban could eliminate up to 4 million barrels a day from the world’s daily supply of petroleum, a loss of roughly 4%.

Treasury’s hope is that the price cap kicks in first and allows some of that oil to keep flowing via exceptions to the embargo and the insurance ban, albeit at prices lower than market rates.

While Treasury officials and leading economists express confidence that the plan will work — and already is working — some oil analysts are wary of trying to implement it before winter, in a global economy already scarred by supply shocks, and a Europe facing fast-rising inflation.

The unknowns are too many, they say.

“The wildcard factor to me is what the Russians do, because the Russians have made abundantly clear that they do not want to play along with price caps,” said Helima Croft, global head of commodity strategy at RBC Capital Markets.

“We should prepare ourselves at least,” she said, “that they may withhold oil.”

Ed Morse, head of commodities research at Citi Group, said at the Brookings Institution recently: “It’s an experiment that’s never been done in world history. I think it is a poor judgment call to do this at this time.”

Oil is the Kremlin’s main pillar of financial revenue and has kept the Russian economy afloat so far in the war despite export bans, sanctions and the freezing of central bank assets that began with the February invasion.

Before the war, Russia exported roughly 5 million barrels of oil per day as one of the world’s biggest oil exporters. That figure — accounting for roughly 9% of the world’s crude exports — has largely been unchanged despite all the sanctions.

Russia has vowed to take retaliatory measures to offset the impact of the price cap. Last week, Kommersant, a Russian business newspaper, reported that the Kremlin is considering raising $50 billion in additional revenue from taxes on exported energy, in response to the plan.

Analysts are hopeful the Russians are bluffing. Deutsche Bank recently assigned a “low probability” to Russia stopping its exports and cut its forecast for the price of crude by 10%. The German bank cited the U.S. Treasury’s announcement that India could have flexibility to buy from non-EU providers if it doesn’t join the price cap coalition, among other factors.

And while it’s assumed China and India won’t be part of an official coalition on the price cap, lower prices paid to Russia by these nations would help accomplish the coalition’s goal, Treasury officials say, getting more oil on the market with less revenue for the Kremlin. Already, Russia is locking in long-term contracts to limit the loss of potential oil revenues.

Raoul LeBlanc, vice president of energy at S&P Global Commodity Insights, said in some ways the discounts Russia is already providing countries show that a price cap could work.

LeBlanc said the complete loss of Russian oil on the global marketplace “would be catastrophic to the world economy” and losses would most heavily affect Latin America and much of South Asia.

Many European countries are already seeing major impacts of the war on their economies without a price cap in effect. The Organization for Economic Cooperation and Development last week said the global economy is set to lose $2.8 trillion in output in 2023 because of the war.

On other energy matters, European Union energy ministers on Friday levied a tax on fossil fuel companies’ windfall profits, but could not agree on a natural gas price cap.

Treasury is navigating a host of tricky questions as it works to implement the oil price cap plan. Among them: figuring out the size of the discount the G-7 and others would force on Russian oil, how the price cap would interact with the coming embargo and insurance ban, how companies would conduct their business as they try to avoid sanctions and how to stop Putin from getting around any cap.

Ben Cahill, a senior fellow at the Center for Strategic and International Studies, said he believes the price cap is “better than the status quo” — the expected European embargo on oil and ban on maritime insurance. But, Cahill adds, it will create complexities in the market that could drive up the cost of doing business. 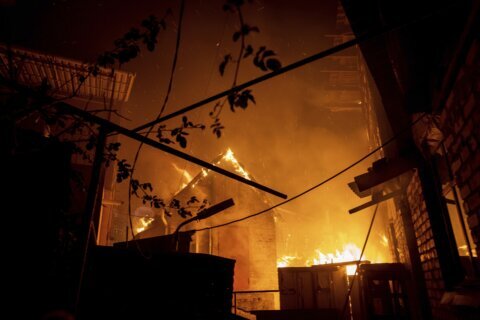