In a harsh warning, President Vladimir Putin declared that he won’t hesitate to use nuclear weapons to protect Russian territory, a threat that comes as Moscow is poised to annex swaths of Ukraine that Moscow has taken over after hastily called referendums there.

While the West has heard such rhetoric from him before, the circumstances are starkly different.

The Kremlin has orchestrated referendums in the occupied areas of Ukraine that are set to start Friday. Residents will be asked whether they want to become part of Russia — a vote that is certain to go Moscow’s way. That means Russia could absorb those lands as early as next week.

Putin then raised the stakes by a nnouncing a partial mobilization and vowed to use “all available means” to deter future attacks against Russia — a reference to Russia’s nuclear arsenal in a chilling new round of brinkmanship.

Some observers see Putin’s move to annex Ukrainian territory along with the mobilization and renewed nuclear threats as a last-ditch attempt to force Ukraine and its Western backers into accepting the current status quo after a successful Ukrainian counteroffensive earlier this month.

Tatiana Stanovaya, an independent political expert who follows the Kremlin’s decision-making, described Putin’s rushed moves on the referendums as a pretext for upping the ante.

“This is a blunt Russian ultimatum to Ukraine and the West: Ukraine must back off or there will be a nuclear war,” Stanovaya said. “For Putin, the annexation would legitimize the right to resort to nuclear threats to protect the Russian territory.”

In a televised address to the nation Wednesday, Putin said Moscow’s nuclear arsenal is more modern than NATO’s and declared his readiness to use them.

“This is not a bluff,” Putin added somberly in an apparent reference to those in the West who described his earlier nuclear threats as a blustery attempt to weaken the international support for Ukraine.

Russian military doctrine envisages the use of atomic weapons in response to a nuclear attack or aggression involving conventional weapons that “threatens the very existence of the state,” vague wording that offers ample room for interpretation.

In his brief speech, Putin accused the U.S. and its allies of arming and training Ukraine’s military and encouraging Kyiv to attack Russian territory. He seemed to push the threshold for using nuclear weapons even lower.

“In the event of a threat to the territorial integrity of our country and to defend Russia and our people, we will certainly use all means available to us,” he said.

In recent weeks, Russian officials have repeatedly warned Washington that supplies of longer-range missiles to Ukraine would effectively make the U.S. a party to the conflict.

U.S.-supplied HIMARS rocket launchers and other Western weapons played an important role in the Ukrainian counteroffensive in the northeastern Kharkiv region that represented Moscow’s biggest military defeat since it was forced to withdraw its troops from Kyiv after a botched attempt to seize the Ukrainian capital early in the war. It raised the prospect of more battlefield successes for Ukraine, which has vowed to reclaim control over all Russian-occupied territories, including the Crimean Peninsula that Moscow annexed in 2014.

Ukraine’s success has been a humiliating blow to Putin, who has cast the campaign as a “special military operation” and has tried to win it with a limited contingent of volunteer troops. Western estimates put Russia’s invading force at about 200,000 at the start of the war, and it has suffered heavy losses in seven months of fighting. British Defense Secretary Ben Wallace recently put Russian losses at over 25,000 dead.

While Ukraine has declared a sweeping mobilization with a goal of forming a 1 million-member military, the Kremlin so far has tried to avoid the unpopular move, recruiting volunteer soldiers and even prisoners. Hawkish circles in Moscow long have pushed for a mobilization, arguing it’s impossible to fend off Ukraine’s assaults along a 1,000-kilometer (over 500-mile) front line with the currently outnumbered Russian force.

The mobilization that Putin declared Wednesday is the first such move in Russia since World War II. The Soviet Union used a draft to fight its 10-year war in Afghanistan, and Russia also relied on conscripts during the two wars in Chechnya in the 1990s and early 2000s.

While Putin and his defense minister promised only a partial mobilization aimed at calling up about 300,000 reservists with previous military service, analysts say the move will severely strain the corrupt and inefficient government system and fuel instability that would threaten Putin’s hold on power.

The mobilization order immediately triggered protests in Moscow and other cities that were quickly disbanded by police who detained hundreds of demonstrators.

Kirill Rogov, an independent political analyst, described the mobilization order as an “explosive mixture of madness, incompetence and despair.” He noted that Putin risks losing support from the bulk of the Russian public that until now has seen the war as a “distant and limited development.”

Alexander Baunov of the Carnegie Endowment noted the mobilization has broken Putin’s pact with his political base that expected him to deliver stability and a vision of Russian grandeur without the need for personal sacrifice.

“Now sacrifice is required, and it’s a violation of the past unwritten agreements that would trigger more repressions,” Baunov wrote.

He noted that Putin’s move to annex Russia-controlled regions amounts to a warning: “You dared to fight us in Ukraine, now try to fight us in Russia, or more precisely, what we call such.”

In a Feb. 24 speech announcing the invasion, Putin already brandished the nuclear sword, threatening any foreign country attempting to interfere with “consequences you have never seen.”

The latest threat underlined the Russian leader’s dogged determination to safeguard Russian gains even at the risk of a nuclear escalation.

Putin’s previous statements about all-out nuclear conflict have been delivered with frightening nonchalance.

Talking about Russian strategy at a 2018 meeting of international foreign policy experts, Putin acknowledged that a nuclear exchange “would naturally mean a global catastrophe,” but he promised that Russia will not strike first.

And he added with a smirk: “We would be victims of an aggression and would get to heaven as martyrs and they will just croak and not even have time to repent.”

Follow the AP’s coverage of the war at: t https://apnews.com/hub/russia-ukraine 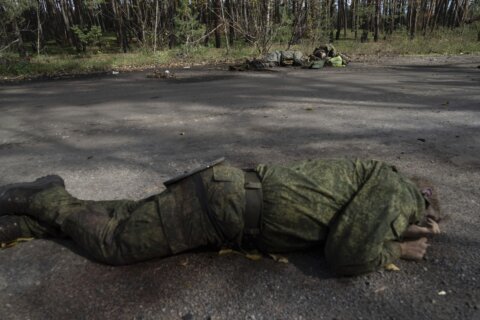 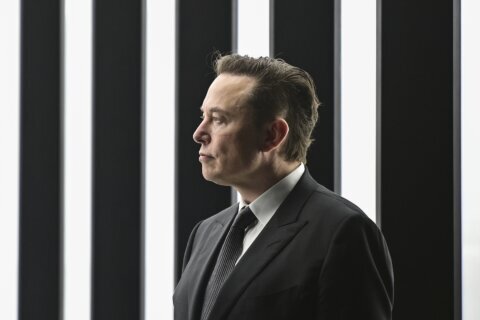 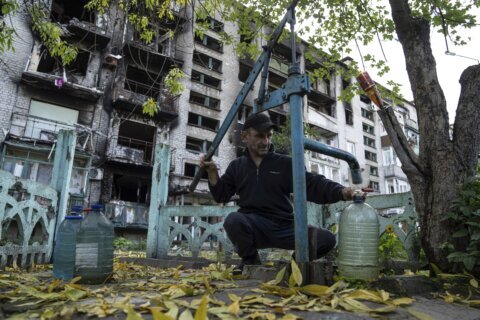