Moscow seeks a ‘sense of normal’ amid Ukraine conflict

Throughout Moscow, there are few overt signs that Russia is engaged in the worst fighting in Europe since World War II.
Listen now to WTOP News WTOP.com | Alexa | Google Home | WTOP App | 103.5 FM

MOSCOW (AP) — At Moscow’s sprawling Izmailovsky outdoor souvenir market, shoppers can find cups and T-shirts commemorating Russia’s deployment of troops into Ukraine — but from the 2014 annexation of the Crimean Peninsula. There’s nothing about the “special military operation” that began six months ago.

Throughout the capital, there are few overt sign that Russia is engaged in the worst fighting in Europe since World War II. Displays of the letter “Z” — which initially spread as an icon of the fight, replicating the insignia painted on Russian military vehicles — are hardly seen.

There are only some scattered posters on bus shelters, showing the impassive face of one soldier or another and the words, “Glory to the heroes of Russia.” The posters give no clue as to what the man did, or where he did it.

The public reticence, or denial, about the operation in Ukraine is striking in a country where military exploits are deeply woven into the social fabric. The annexation of Crimea produced almost instant memes, notably images of President Vladimir Putin that called him “the most polite person.” a smug variant on the characterization of Russian troops as polite. Victory Day, marking the defeat of Nazi Germany, is obsessively observed with weeks of anticipation.

A Lamborghini dealership on Kutuzovsky Prospekt, a main Moscow thoroughfare, still displays a Victory Day banner, even though the showroom is dark. Lamborghini pulled out of Russia, along with hundreds of other foreign companies that suspended or ended their operations after Russia sent troops into Ukraine.

Darkened storefronts and deserted spaces in shopping malls that once held popular fast-food outlets such as McDonald’s and Starbucks are the most visible sign of the conflict in Moscow. The companies’ departures were a psychological blow to Muscovites who had become used to the shiny comforts of consumer culture.

“At first, we were very disappointed,” said Yegor Driganov, a young man taking in the view along the riverbank opposite Moscow City, a cluster of gleaming towers that includes four of Europe’s five tallest buildings. “But stores started to appear to replace them.”

Former McDonald’s and Starbucks outlets were acquired by Russian entrepreneurs who speedily moved to reopen with almost carbon-copy operations.

“We walk around, go around as usual,” said Driganov’s companion, Polina Polishchuk, characterizing the city’s mood.

Although the belief that Russia can create homegrown alternatives to businesses that left has become an article of faith among officials, many Russians have private doubts.

A survey by the Levada Center, Russia’s only independent pollster, found that 81% of Russians believe the country will be able to replace foreign food operations with domestic alternatives, while only 41% think local industries can fully substitute for electronic goods and only a third believe domestic car production can make up for the loss of imports.

The automotive industry was slammed by sanctions that dried up the supply of parts. The state statistics service said car production in May had fallen a punishing 97% from the same month in 2021. Putin recently admitted Russia’s shipyards are also suffering supply shortages.

The panic that swept Russia in the immediate aftermath of broad Western sanctions and foreign companies abandoned the country has abated. The ruble, which lost half of its value against the dollar right after the sanctions, not only rebounded but rose to levels not seen in years. But if that’s good for national pride, it’s a burden on export-reliant industries whose products became more costly.

Russia’s economic prospects are far from clear amid crosscutting statistics. Unemployment is down, contrary to many predictions. But the gross domestic product fell a sharp 4% in the second quarter of the year — the first full period of fighting — and is predicted to contract by nearly 8% for the full year. Inflation is calculated to be 15% for the year.

“It seems to me that it’s obvious to everyone that it won’t be as it was before,” Central Bank of Russia head Elvira Nabiullina warned the St. Petersburg International Economic Forum, an annual showpiece gathering aimed at investors. “External conditions have changed for a long time indeed, if not forever.”

But if impending economic troubles are obvious, they don’t appear to be causing wide anxiety.

Izmailovsky souvenir vendor Mikhail Sukhorukov shrugged off concerns, even though European sanctions on air travel to Russia have cut off much of the tourist trade that was important to him. “It’s periodical, like a wave,” he said, adding that he chose to be sanguine rather than “go to the cemetery.”

“Moscow leads its normal life because people are trying to preserve their sense of normal and relative psychological comfort,” said Nikolai Petrov, a senior research fellow at Chatham House’s Russia and Eurasia Program. “Russia is at full steam heading toward a dead end and the people, by and large, prefer not to think about it and live their lives.”

Petrov also suggested that Muscovites are amid a “summer effect … when a person not so much watches what is happening in the world, even in a neighboring country, but rather builds his own reality with family, vacationing and so on.”

The desire to take vacations has been a peculiar success story for Russia’s sense of self-sufficiency in the sanctions era. Denied easy air connections to Western Europe — industry experts say Russian travel to popular Italy has dropped to nearly nothing — Russians have found exotic domestic destinations, such as Sakhalin Island, 6,300 kilometers (3,900 miles) from Moscow, where tourism reportedly is up 25%; traffic to Baltic Sea beaches in Kaliningrad has reached all time daily highs.

Tourism to Crimea, however, is expected to be about 40% lower than usual.

Although Moscow’s streets show little indication that a conflict is raging, the airwaves of full of the news. The flagship news magazine show on state TV, Vesti Nedeli, recently devoted nearly an hour — about half its running time — to the Ukraine operation. Lengthy segments painted the Kremlin’s military as highly effective, using top-of-the-line weapons.

About 60% of Russians rely on state television as their main news source, but may find it unreliable. A Levada survey this month found that fully 65% of Russians disbelieve some or all of what they see on state media about Ukraine.

“There are a lot of (media) sources” to counter state TV, said Driganov, relaxing along the river.

Many of those sources, however, can be accessed only through a VPN, or virtual private network. Russia has banned or blocked an array of foreign news media, bullied critical domestic media into closing and banned use of Facebook and Twitter.

In a repressive environment, assessing the population’s views as a whole, even by an internationally respected pollster such as Levada, is uncertain.

Levada polling polling found about 75% of Russians support the military operation, but less than half do so unconditionally.

Some of the equivocators probably expressed support “just in case, fearing repercussions for themselves.” said Levada director Denis Volkov. 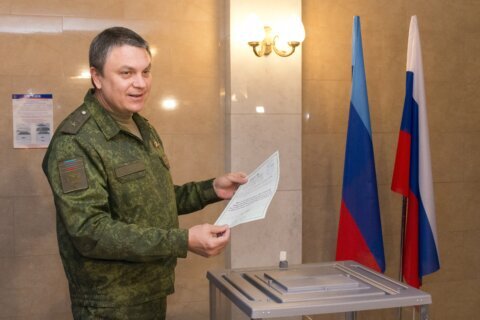 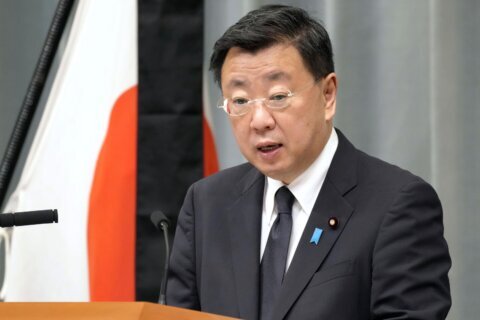