MOSCOW (AP) — The Russian central bank diverged from its Western counterparts by slashing its key interest rate Friday just a month after dropping it to where it was before the country sent troops into Ukraine.

The bank lowered its key rate by 1.5 percentage points, to 8%, saying consumer prices are still easing partly because consumer demand has been falling. It said inflation expectations have “significantly decreased,” reaching spring 2021 levels, while a decline in business activity was slower than expected in June.

However, “the external environment for the Russian economy remains challenging and continues to significantly constrain economic activity,” the central bank said in a statement.

It had hiked the rate as high as 20% in the wake of the Feb. 24 military operation in Ukraine and the resulting Western sanctions that restrict dealings with Russian banks, individuals and companies.

As sanctions and the exit of Western companies from Russia have led to global economic isolation, the central bank has managed to stabilize the currency and financial system by preventing money from leaving Russia and forcing exporters to exchange most of their foreign earnings into rubles.

The ruble traded at 58.8 to the dollar Friday, making it worth more than the day before the invasion of Ukraine, when it took 78.8 rubles to reach $1.

The bank said annual inflation fell to 15.9% in June, compared with 17.1% in May, and estimated it slid to 15.5% as of July 15. It cited “subdued consumer demand” and the ruble’s exchange rate for the drop.

“The recent essentially involuntary accumulation of savings is a compressed spring in the economy, which can cause dramatic consumption growth under certain circumstances,” central bank head Elvira Nabiullina said at a news conference. “It can quickly speed up demand inflation when the offer of goods and services is limited.”

The interest rate cut comes as central banks around the world are rushing in the opposite direction, raising rates to combat inflation fueled by Russia’s actions in Ukraine. The European Central Bank on Thursday made a bigger-than-expected hike of half a percentage point as high energy prices tied to the military operation drive up consumer prices to 8.6%.

Those energy costs are benefiting Russia, a major oil and natural gas exporter. Despite energy income growing and the central bank propping up indicators like the exchange rate, the long-term impact of Russia’s global isolation will be deepening economic stagnation and lower incomes for its people, economists say. 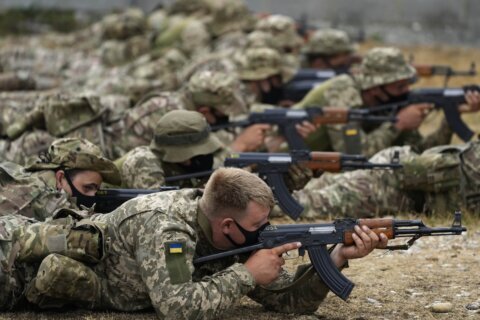 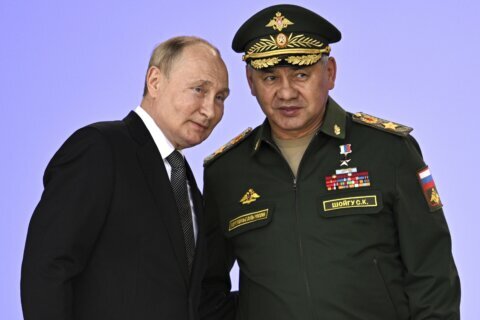