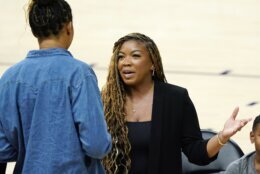 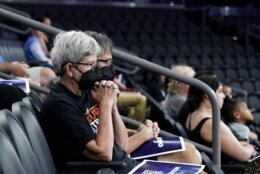 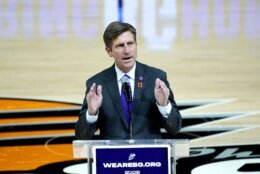 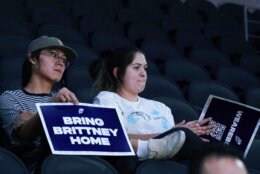 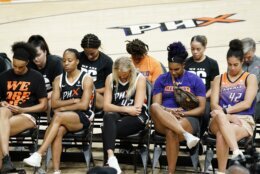 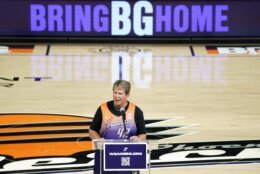 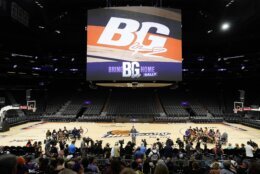 Through the range of emotions, one common thread bonded them together: Brittney Griner.

Wearing “BG” shirts and holding signs, several hundred fans gathered for a public rally in support of Griner on Wednesday, hoping their sentiments would reach the WNBA player 6,000 miles away in a Russian jail cell.

“It’s really painful and hard to watch, and it’s really taken a toll on a lot of us,” said Kelly Gedney of Surprise, Arizona. “We can feel the fear that she has. It’s scary to me that she’s in a cage when she is traveling to her court cases. She’s been wrongfully detained and we’re going to do everything we can to get her home.”

Griner has spent the past four months in a Russian prison and is currently on trial. She’s accused of possessing vape cartridges containing cannabis oil when she arrived at the Moscow airport while returning to play for her Russian team, facing a prison term of up to 10 years if convicted.

The WNBA and U.S. officials have worked to free Griner, without success. Griner was able to send a handwritten letter to President Joe Biden, saying she feared spending the rest of her life in prison while pushing the administration to not forget about other American detainees.

President Biden called Griner’s wife, Cherelle, on Wednesday to tell her that he is working to free her as soon as possible.

“One hundred thirty-nine days have passed since my wife has been able to speak to me, to our family and our friends,” Cherelle Griner said during the rally, stopping to compose herself several times. “I’m frustrated my wife is not going to get justice. I know you all are frustrated, too. That’s why you’re here.”

The rally at the Footprint Center, home of the Phoenix Mercury and Suns, was part celebration of Griner’s accomplishments on and off the court with a call to action.

The rally featured videos of Griner giving back to the community, dancers and a dramatic poem reading as many of Mercury teammates sat together in chairs on the right side of the court.

“To know BG is to know such a kind spirit, a nice person, such a giver — I can go on and on about the type of person she is,” said Turner, who also was able to exchange letters with Griner. “We need to get her back home. She deserves to be home. She needs to be back with her family and friends. We are BG.”

Arizona Congressman Greg Stanton, the former Phoenix mayor, also was on hand after pushing a resolution calling for Griner’s immediate release passed by the U.S. House of Representatives earlier this week.

“Today was important, a show of unity, speaking in one voice that we expect our president, our administration to do what it takes to bring our fellow American back home,” Stanton said. 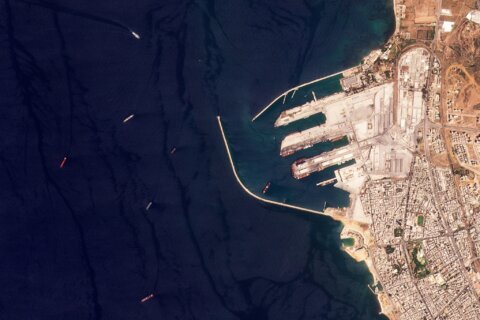