The heavy-lift Il-76 cargo plane went down in the Ryazan region after suffering an engine problem that forced the crew of 10 to crash-land. The plane, carrying no cargo, was flying from Belgorod to Orenburg, Russian news agency Tass reported.

The regional administration initially said that four crew members died and another five were injured when the plane hit a power line and slammed into a field just outside the city of Ryazan after refueling at a local air base. Tass reported later that one of the injured had died.

Video showed at least one charred engine separated from the fuselage lying on a green meadow near woods, a highway and houses. Pieces of the plane were strewn on the meadow, some in flames.

The four-engine Il-76 was designed in the 1970s and has served as the main heavy-lift cargo plane for the Soviet and Russian air force. Many other countries have also used the plane.

Across Russia in eastern Siberia, emergency workers searched a vast territory near Yakutsk Friday for another cargo plane, an An-2 that disappeared from radar on Wednesday.

Tass said the aircraft was carrying two crew members and one passenger, as well as 1 ton of cargo. The plane’s emergency beacons were reported to have failed, so its whereabouts were unknown, and mountainous terrain complicated the search, conducted by helicopter, the news agency said. 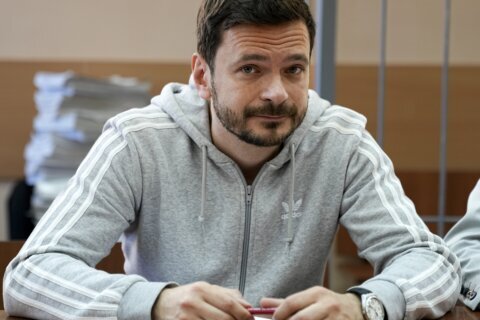