Now, officials are fixated on rapidly reducing the continent’s reliance on Russian oil and natural gas — and that means friction between security and climate goals, at least in the short term.

To wean itself from Russian energy supplies as quickly as possible, Europe will need to burn more coal and build more pipelines and terminals to import fossil fuels from elsewhere.

This dramatic shift comes amid soaring fuel costs for motorists, homeowners and businesses, and as political leaders reassess the geopolitical risks from being so energy-dependent on Russia.

In 2021, the European Union imported roughly 40% of its gas and 25% of its oil from Russia — an economic relationship that officials had thought would prevent hostilities, but is instead financing them.

While some are calling for an immediate boycott of all Russian oil and gas, the EU plans to reduce Russian gas imports by two-thirds by the end of this year, and to eliminate them altogether before 2030.

This “will not be easy,” said Paolo Gentiloni, the EU’s top economic official. But, he added, “it can be done.”

In the near-term, ending energy ties with Russia puts the focus on securing alternative sources of fossil fuels. But longer term, the geopolitical and price pressures stoked by Russia’s war in Ukraine may actually accelerate Europe’s transition away from oil, gas and coal.

Experts say the war has served as a reminder that renewable energy isn’t just good for the climate, but also for national security. That could help speed up the development of wind and solar power, as well as provide a boost to conservation and energy-efficiency initiatives.

The EU has pledged to reduce carbon dioxide emissions by 55% compared with 1990 levels by 2030, and to get to net zero emissions by 2050. Analysts and officials say those goals, enshrined in EU climate legislation, can still be met.

The rapid pursuit of energy independence from Russia will likely require “a slight increase” in carbon emissions, said George Zachmann, an energy expert at the Bruegel think tank in Brussels. But “in the long term, the effect will be that we will see more investment in renewables and energy efficiency in Europe,” Zachmann said.

Plans that wouldn’t have been contemplated just a few months ago are now being actively discussed, such as running coal plants in Germany beyond 2030, which had previously been seen as an end date.

Germany’s vice chancellor and energy minister, Robert Habeck, said there should be “no taboos.”

The Czech government has made the same calculation about extending the life of coal power plants.

“We will need it until we find alternative sources,” Czech energy security commissioner Václav Bartuška, told the news site Seznam Zprávy. “Until that time, even the greenest government will not phase out coal.”

One of Europe’s top priorities is to buy more liquefied natural gas that can come by ship. On Friday, American and European officials announced a plan under which the U.S. and other nations will increase liquefied gas exports to Europe this year, though U.S. officials were unable to say exactly which countries will provide the extra energy this year.

Germany, which lacks import terminals to turn LNG back into gas when it comes off the ship, is pushing ahead with two multibillion-euro projects on its North Sea coast.

The war also has revived Spain’s interest in extending a gas pipeline across the Pyrenees to France. The 450 million-euro ($500 million) project had been abandoned in 2019 after France showed little interest and a European feasibility study deemed it unprofitable and unnecessary. If built, it would allow gas imported in Spain and Portugal as LNG to reach other parts of Europe.

In Britain, which is no longer part of the EU, Prime Minister Boris Johnson says it’s “time to take back control of our energy supplies.”

Britain will phase out the small amount of oil it imports from Russia this year. More significantly, Johnson has signaled plans to approve new oil and gas exploration in the North Sea, to the dismay of environmentalists, who say that is incompatible with Britain’s climate targets.

Some within the governing Conservative Party and the wider political right want the British government to retreat on its commitment to reach net zero by 2050, a pledge made less than six months ago at a global climate summit in Glasgow, Scotland. Conservative Party co-chairman Oliver Dowden said last week that “British people want to see a bit of conservative pragmatism, not net zero dogma.”

Yet the shock waves from the war cut both ways.

Sharply higher gas and electricity prices, and the desire to be less dependent on Russia, are increasing pressure to expand the development of home-grown renewables and to propel conservation.

The International Energy Agency recently released a 10-point plan for Europe to reduce its dependence on Russian gas by a third within a year. Simply lowering building thermostats by an average of one degree Celsius during the home-heating season would save 10 billion cubic meters of natural gas a year, or roughly 6% of what Europe imports from Russia.

At the German rooftop solar panel company Zolar, chief executive Alex Melzer said there has been a surge of inquiries from potential customers since the war began.

“With the Ukraine crisis, we’ve really seen that people are wondering whether Germany is going to stop buying oil and gas from Russia and what’s going to happen to our electricity and energy system,” he told The Associated Press.

Melzer said customers are less interested in saving the planet than in saving money, despite the upfront investment of 20,000 euros ($22,000). But it amounts to the same thing: a reduction in fossil fuel use and thereby emissions.

Aritz Parra reported from Madrid, and Jill Lawless from London. 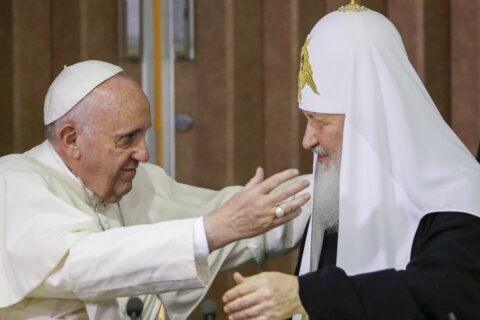 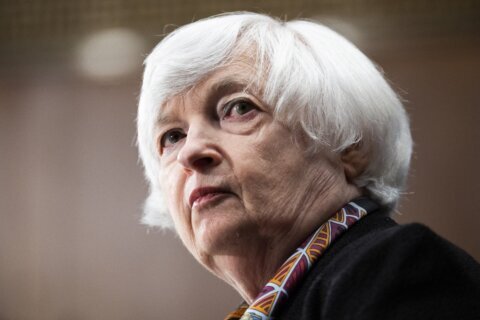