CANBERRA, Australia (AP) — Demoralized Russian soldiers in Ukraine were refusing to carry out orders and sabotaging their own equipment and had accidentally shot down their own aircraft, a U.K. intelligence chief said on Thursday.

Jeremy Fleming, who heads the GCHQ electronic spy agency, made the remarks at a speech in the Australian capital Canberra.

“It’s clear he misjudged the resistance of the Ukrainian people. He underestimated the strength of the coalition his actions would galvanize. He underplayed the economic consequences of the sanctions regime, and he overestimated the abilities of his military to secure a rapid victory,” Fleming said.

“We’ve seen Russian soldiers, short of weapons and morale, refusing to carry out orders, sabotaging their own equipment and even accidentally shooting down their own aircraft,” Fleming added.

Although Putin’s advisers were believed to be too afraid to tell the truth, the “extent of these misjudgments must be crystal clear to the regime,” he said.

Fleming warned that the Kremlin was hunting for cyber targets and bringing in mercenaries to shore up its stalled military campaign in Ukraine.

While there were expectations that Russia would launch a major cyberattack as part of its military campaign, Fleming said such a move was never a central part of Moscow’s standard playbook for war. 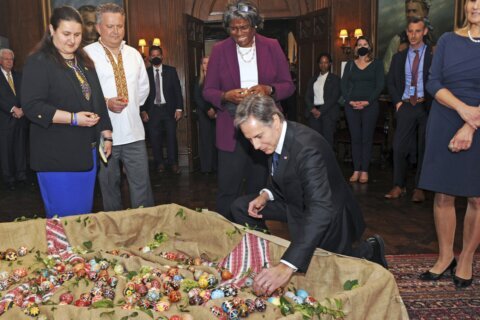