In the market squares of Sicily and Calabria, street vendors baste thick swordfish chops with a bright blend of lemon juice and olive oil, grilling them over smoldering coals and filling the air with an alluring mix of char and sweet. The simple, ancient combination is called salmoriglio, and it’s the primary way fish is served in southern Italy.

At Milk Street, we knew that chicken would shine with a similar treatment — a quick soak in a lemony marinade followed by a turn on the grill or in a high-heat oven, plus a finishing splash of more sauce.

For this oven-cooked version from our book, “Milk Street Tuesday Nights, Mediterranean,” which limits recipes to 45 minutes or less, we first make a fragrant base of grated lemon zest, garlic, oregano, salt and pepper. We then use some to season bone-in chicken thighs and the rest as the foundation for the salmoriglio that sauces the finished chicken.

Rather than use the juice of fresh lemons in the sauce, we squeeze lemon halves that have been roasted with the chicken. The oven heat mellows the acidity so the sauce has a subtle sweetness and a more restrained tartness.

A touch of honey helps brown the chicken under the broiler, and fresh oregano evokes the herbaceous aromas of those Sicilian squares.

Heat the oven to 475°F with a rack in the lower-middle position. Grate 1 tablespoon zest from the lemons, then halve the lemons and trim off the pointed ends so the halves sit stably with cut sides facing up; set the lemon halves aside. In a small bowl, stir together the zest, garlic, dried oregano, 1 teaspoon salt and ½ teaspoon pepper. Measure 1 tablespoon of the lemon-garlic mixture into a large bowl. Stir 4 tablespoons of oil into the remaining mixture; set aside.

To the large bowl, add the remaining 1 tablespoon oil, the honey, 1 teaspoon salt and ½ teaspoon pepper, then stir to combine. Using a sharp knife, cut parallel slashes about 1 inch apart all the way to the bone on both sides of each chicken thigh. Add the thighs to the bowl and turn to coat on all sides, rubbing the seasoning mixture into the slashes.

Place the watercress on a serving platter, creating a bed for the chicken. Using tongs, place the chicken on top of the watercress. Squeeze 3 tablespoons juice from 1 or 2 of the lemon halves, then stir the juice along with the fresh oregano into the lemon-garlic oil to make the salmoriglio. Drizzle the sauce over the chicken and serve with the remaining lemon halves for squeezing. 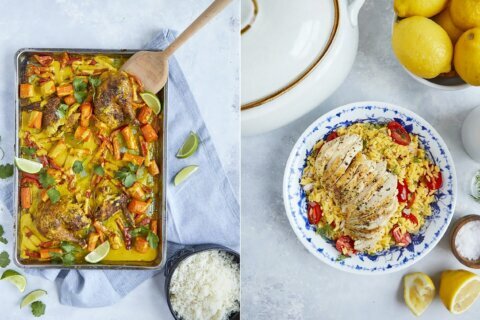 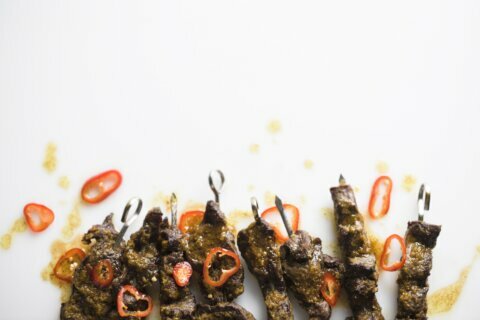 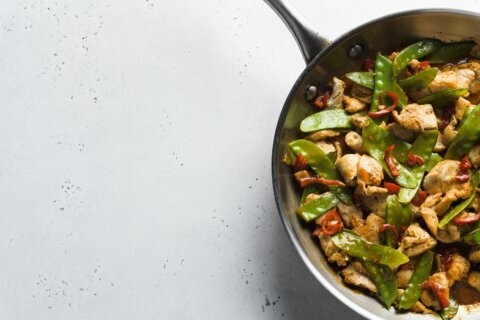