SWEET PEPPERS AND PORK WITH SAGE AND HONEY

The Greek island of Ikaria is renowned for its flavorful honey, enriched by bees that traverse rocky hills covered in wild herbs. The honey’s complexity is one reason local cooks lean on this ingredient for both sweet and savory dishes, such as a skillet-cooked pork made for us by Popi Karnavas, chef and owner of Popi’s restaurant.

For our adaptation in our book “Milk Street Tuesday Nights,” which limits recipes to 45 minutes or less, a tangle of pork, peppers and onion is simply seasoned with honey, sage and a good dose of black pepper.

To keep the recipe weeknight-friendly, we use small pieces of country-style pork ribs. Unlike pork shoulder, the ribs have a good ratio of meat to rich fat that doesn’t require a lot of cooking time to become tender.

Dry white wine adds acidity that balances the sweetness of honey, and deglazing the pan with the liquid helps release all the flavorful bits stuck to the bottom of the pan.

And don’t worry that the pork isn’t cooked through after the initial sear. This step only partially cooks the meat but produces flavor-building browning for the sauce. The pork will finish after it is returned to the skillet to simmer with the vegetables.

All that’s needed to complete the meal is warm bread, polenta or pilaf.

2 tablespoons honey, plus more to serve

Season the pork with ¼ teaspoon salt and ½ teaspoon pepper. In a 12-inch skillet over medium-high, heat the oil until shimmering. Add the pork in an even layer and cook without stirring until lightly browned on the bottom, about 3 minutes. Using a slotted spoon, transfer to a medium bowl and set aside.

To the fat remaining in the skillet, add the bell peppers, onion, ¼ teaspoon salt and 1 teaspoon pepper. Cook over medium-high, stirring occasionally, until slightly softened and browned, 2 to 4 minutes. Add the wine, honey and sage, scraping up any browned bits.

Return the pork to the skillet along with any accumulated juices, then bring to a simmer and cook, stirring, until the pork is no longer pink at the center and the sauce clings lightly, 5 to 7 minutes. Taste and season with salt and pepper. Serve drizzled with additional oil and honey. 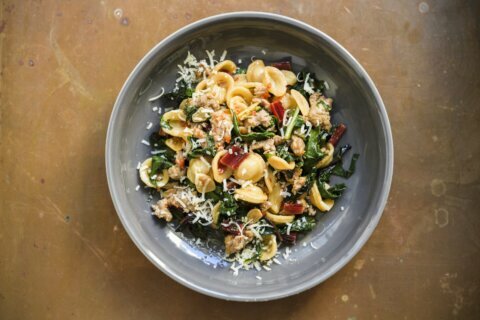 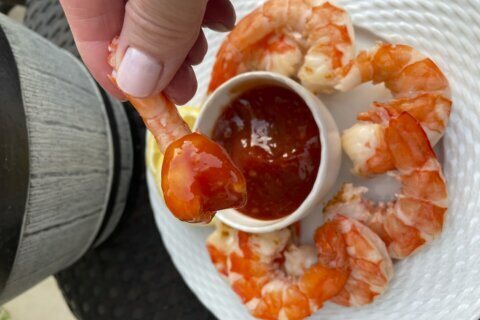 10 grilling tips (and a shrimp cocktail recipe to use them) 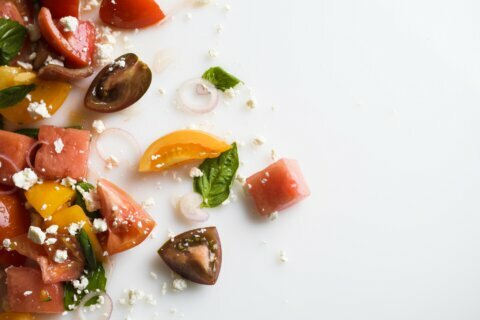