Feds: Goodyear knew of defective RV tires as early as 2002

Nineteen years after the last one was made, Goodyear has agreed to recall more than 173,000 recreational vehicle tires that the government says can fail and have killed or injured 95 people since 1998.
Listen now to WTOP News WTOP.com | Alexa | Google Home | WTOP App | 103.5 FM

DETROIT (AP) — Federal investigators say Goodyear knew that some of its recreational vehicle tires could fail and cause severe crashes, yet it didn’t recall them for as many as 20 years.

Goodyear wouldn’t recall the tires even as late as March of this year, despite investigators finding that their failure caused crashes that killed eight people and injured 69 others from 1998 through 2009.

The National Highway Traffic Safety Administration made the allegations against Akron, Ohio-based Goodyear in a Feb. 22 letter sent to the company seeking a recall of 22.5-inch-diameter G159 tires.

Goodyear Tire & Rubber Co. responded to the agency in a March 8 letter refusing to do a recall, but later it decided to conduct one, according to NHTSA documents.

NHTSA had threatened a public hearing and court action if the tires weren’t recalled. The agency posted documents Tuesday showing that Goodyear had agreed to recall about 173,000 of the tires, which have been out of production since 2003.

The NHTSA letter says the company should have recalled the tires within five working days of becoming aware of a defect, which it apparently knew of as early as 2002.

“The safety-related defect is clear, identified failure that leads to a loss of vehicle control, causing crashes and potentially catastrophic consequences such as death and serious injury,” NHTSA wrote in the letter.

Documents say the tire tread can separate from the body, causing drivers to lose control and increasing the risk of a crash. In one case, a front tire on an RV failed as a man and his family were returning from a vacation. The driver heard a loud pop and lost control of the 40-foot-long RV, which crossed the median and hit an embankment. The driver was paralyzed and three other passengers suffered broken spine and pelvic bones, the letter said, without saying where or when the crash occurred.

In its response letter to NHTSA, Goodyear maintained that the tires were rigorously tested and fully qualified to operate at highway speeds. “No subject tire inspected by Goodyear engineers ever revealed or even suggested a defect of any kind,” the company wrote.

On Tuesday, Goodyear said the tires are not defective and said few, if any, are still on the road.

In its letter, NHTSA presented a detailed timeline of what Goodyear knew when, based on an investigation into the tires that began over four years ago. It also said the company routinely settled lawsuits and got judges to seal the information, keeping it from NHTSA and other plaintiffs’ lawyers.

“Goodyear’s penchant for secrecy undoubtedly provided an ancillary benefit in preventing injured litigants and their counsel from providing information about G159-related crashes,” the letter said. “NHTSA was not alerted to the extraordinary failure rate of the subject tires” until documents were released in an Arizona case in 2017, the letter said.

Goodyear’s behavior should bring a fine from NHTSA and criminal charges from the Department of Justice, said Michael Brooks, acting executive director of the nonprofit Center for Auto Safety. His organization is among those that sued to get records released in the Arizona case.

“Sealing off the documentation that there is a distinct threat to public safety should be against the law,” said Brooks, who added that several states have such laws.

Goodyear’s conduct is similar to that of General Motors, which covered up an ignition switch defect that caused crashes, deaths and injuries, David Kurtz, the attorney in the Arizona case who notified NHTSA of the tire failures, wrote Tuesday in an email. “Prosecutors found that there was an ongoing scheme to defraud a federal regulator resulting in massive sanctions,” he wrote.

In 2015 General Motors agreed to pay over $900 million to fend off criminal prosecution over the deadly ignition-switch scandal. The switches, which could slip out of the “run” position and cut off the engine, were linked to at least 124 deaths and 275 injuries.

A criminal investigation may be underway. Kurtz said that in 2018, a Department of Justice criminal fraud lawyer traveled to Kurtz’s Arizona office to speak with him about the Goodyear case for an entire day. The DOJ typically does not comment about ongoing investigations.

Brooks said NHTSA should have acted much sooner after getting a solid case from Kurtz in 2017.

Later they were used as original equipment tires on large motorhomes that typically travel long distances on highways. Such use can increase the tire temperature and deteriorate its performance and life, the letter said.

In 2007, a Goodyear engineer testified in a court case that operating heavy truck tires above 200 degrees Fahrenheit could cause tread separation. Yet in August of 1996, Goodyear tests of the recalled tires found temperatures “well in excess of 200 degrees F at 50 mph,” the letter said.

Goodyear started getting injury claims in 1998 as some states raised freeway speed limits to 75 mph. It also received death claims every year from 2002 through 2006, the letter stated.

Goodyear, the agency wrote, did a customer satisfaction campaign to replace some of the tires when it should have done a recall. The agency said that the recalled tires had a much higher failure rate than similar tires made by the company.

NHTSA issued a statement Tuesday urging anyone who owns, rents or uses and RV or truck should make sure that 22.5-inch G159 tires are not on the vehicles. “If their vehicle has these tires, they should have this recall completed as soon as possible,” the agency said.

Goodyear’s statement Tuesday said it’s doing the recall to address risks that happen when the tires are underinflated or overloaded on motorhomes, and that RV manufacturers who picked the G159 tire were responsible for communicating appropriate load limits to customers.

But NHTSA wrote that Goodyear knew of chronic underinflation and overloading problems as early as February of 1998, and by January of 2002 “had reached the conclusion that the G159 was not, according to its own specifications, suitable for use in Class A (large) motorhomes.”

The agency said tire overloading and underinflation are common among RV owners and are foreseeable conditions.

But Goodyear said that NHTSA historically has treated such issues as the responsibility of RV manufacturers who specify tire pressure and load requirements.

The company also wrote that NHTSA’s math on claim rates for the tires are based on “significant methodological errors” that overstate the rates. 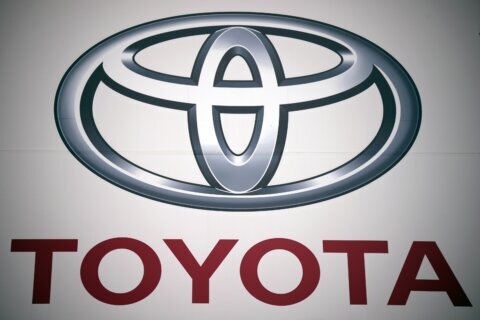 Toyota recalls electric car for faulty wheel that may detach 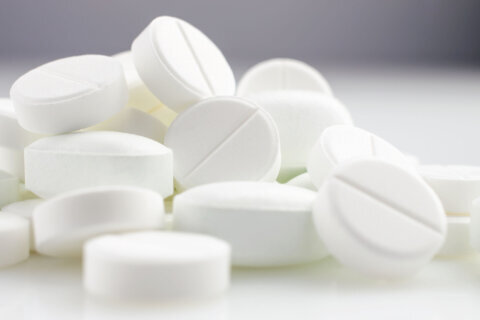 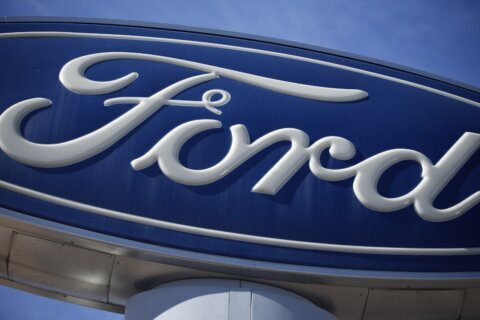 Ford recalls over 2.9M vehicles at risk of roll away crashes