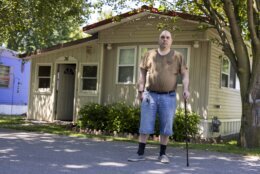 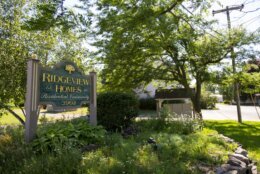 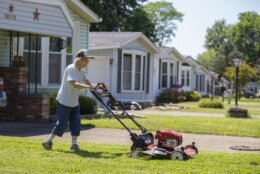 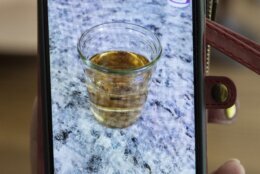 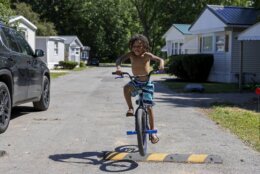 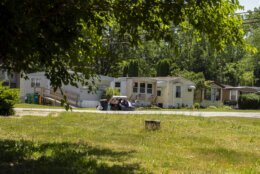 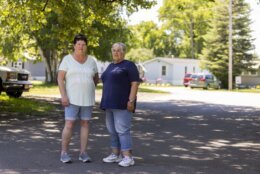 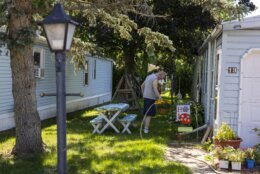 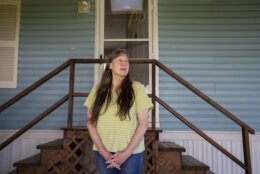 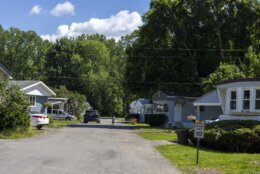 LOCKPORT, N.Y. (AP) — For as long as anyone can remember, rent increases rarely happened at Ridgeview Homes, a family-owned mobile home park in upstate New York.

That changed in 2018 when corporate owners took over the 65-year-old park located amid farmland and down the road from a fast food joint and grocery store about 30 miles northeast of Buffalo.

Residents, about half of whom are seniors or disabled people on fixed incomes, put up with the first two increases. They hoped the latest owner, Cook Properties, would address the bourbon-colored drinking water, sewage bubbling into their bathtubs and the pothole-filled roads.

When that didn’t happen and a new lease with a 6% increase was imposed this year, they formed an association. About half the residents launched a rent strike in May, prompting Cook Properties to send out about 30 eviction notices.

“All they care about is raising the rent because they only care about the money,” said Jeremy Ward, 49, who gets by on just over $1,000 a month in disability payments after his legs suffered nerve damage in a car accident.

He was recently fined $10 for using a leaf blower. “I’m disabled,” he said. “You guys aren’t doing your job and I get a violation?”

The plight of residents at Ridgeview is playing out nationwide as institutional investors, led by private equity firms and real estate investment trusts and sometimes funded by pension funds, swoop in to buy mobile home parks. Critics contend mortgage giants Fannie Mae and Freddie Mac are fueling the problem by backing a growing number of investor loans.

The purchases are putting residents in a bind, since most mobile homes — despite the name — cannot be moved easily or cheaply. Owners are forced to either accept unaffordable rent increases, spend thousands of dollars to move their home, or abandon it and lose tens of thousands of dollars they invested.

“These industries, including mobile home park manufacturing industry, keep touting these parks, these mobile homes, as affordable housing. But it’s not affordable,” said Benjamin Bellus, an assistant attorney general in Iowa, who said complaints have gone up “100-fold” since out-of-state investors started buying up parks a few years ago.

“You’re putting people in a snare and a trap, where they have no ability to defend themselves,” he added.

Driven by some of the strongest returns in real estate, investors have shaken up a once-sleepy sector that’s home to more than 22 million mostly low-income Americans in 43,000 communities. Many aggressively promote the parks as ensuring a steady return — by repeatedly raising rent.

“You went from an environment where you had a local owner or manager who took care of things as they needed fixing, to where you had people who were looking at a cost-benefit analysis for how to get the penny squeezed lowest,” Bellus said. “You combine it with an idea that we can just keep raising the rent, and these people can’t leave.”

George McCarthy, president and CEO of the Lincoln Institute of Land Policy, a Cambridge, Massachusetts-based think tank, said parks containing about a fifth of mobile home lots nationwide have been purchased by institutional investors over the past eight years.

McCarthy singled out Fannie Mae and Freddie Mac for guaranteeing the loans as part of a what the lending giants bill as expanding affordable housing. Since 2014, the Lincoln Institute estimates Freddie Mac alone provided $9.6 billion in financing for the purchase of more than 950 communities across 44 states.

A spokesman for Freddie Mac countered that it had purchased loans for less than 3% of the mobile home communities nationwide, and about 60% of those were refinances.

Soon after investors started buying up parks in 2015, the complaints of double-digit rent increases followed.

“Many of the folks living in the park were on fixed incomes, disability, Social Security, and simply were not going to be able to keep pace,” said Kornya, who met with about 300 angry mobile home owners at a mega-church. “It led almost to a political awakening.”

In Minnesota, park purchases by out-of-state buyers grew from 46% in 2015 to 81% in 2021, with rent increases as much as 30%, according to All Parks Alliance For Change, a state association.

U.S. Sen. Jon Tester of Montana, speaking at a Senate hearing this year, recalled tenants complaining of repeated rent increases at a Havenpark development in Great Falls. One resident, Cindy Newman, told The Associated Press her monthly rent and fees went up $117 to nearly $400 over a year and eight months — equal to the increase over the previous 20 years. The company says the increase was $95 over a three-year period.

On top of rent increases, residents complained of being inundated with fees for everything from pets to maintenance and fines for clutter and speeding — all tucked into leases that can run upwards of 50 pages.

Josh Weiss, a Havenpark spokesperson, said the company must charge prevailing market rates when it purchases a park at fair market price. That said, the company has moved since 2020 to limit its rent increases to $50-a-month.

“We understand the anxiety that any rent increase has on residents, especially those on fixed incomes,” Weiss said. “While we try to minimize the impact, the financial realities do not change.”

The mobile home industry argues the communities are the most affordable housing option, noting that average rent increases across parks nationwide were just over 4% in 2021. Spending on improvements was around 11%. Significant investments are needed, they said, to make improvements at older parks and avoid them being sold off.

“You have some people coming into the space that give us all a bad name but those are isolated examples and those practices are not common,” said Lesli Gooch, chief executive officer of the Manufactured Housing Institute, the industry’s trade association.

Both sides said the government could do more to help.

The industry wants Federal Housing Administration financing made available to residents, many of whom rely on high-interest loans to purchase homes that cost on average $81,900. They also want the U.S. Department of Housing and Urban Development to allow housing vouchers to be used for mobile homes.

Advocates for residents, including MHAction, want lawmakers to put a cap on rent or require a reason for an increase or eviction — state legislation that succeeded in Delaware this year but failed in Iowa, Colorado and Montana.

They also want Fannie Mae and Freddie Mac to stipulate in loans they back that rents remain affordable. And they support residents purchasing their communities, which started in New Hampshire and has reached almost 300 parks in 20 states.

A Freddie Mac spokesperson said it has created a new loan offering that incentivizes tenant protections and last year made those mandatory for all future mobile home community transactions.

At Ridgeview, it’s unclear how the rent strike will be resolved.

Cook, which claims to be the largest operator of mobile home parks in New York and has a slogan “Exceptional Opportunities. Exceptional Returns,” declined to comment. The company closed a $26 million private-equity fund in 2021 that purchased 12 parks in New York, but it was unclear if one of them was Ridgeview.

Residents, meanwhile, soldier on. Joyce Bayles, an 85-year-old resident has taken to mowing her own lawn because crews show up only monthly. Gerald Korb, a 78-year-old retiree, said he’s still waiting for the company to move an electric pole and transformer he fears could topple onto his home during a storm.

“I bought a place and now they are forcing all this on us,” said Korb, who stopped paying rent in protest. “They are absentee landlords is what they are.”

This story has been corrected to show that McCarthy was referring to lots, not parks, and to show Newman’s monthly costs increased by $117 to nearly $400. The total was not $117 before the increase.