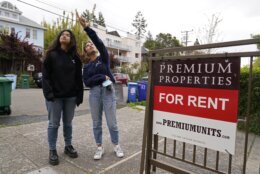 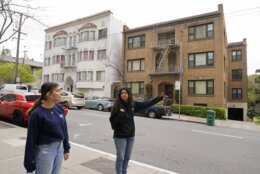 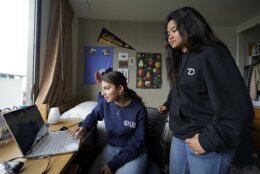 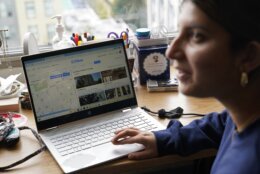 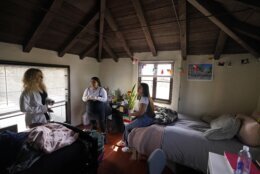 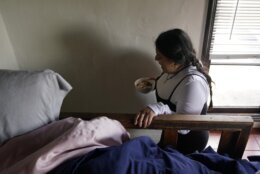 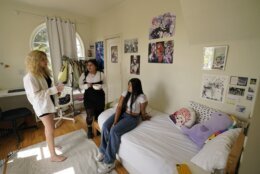 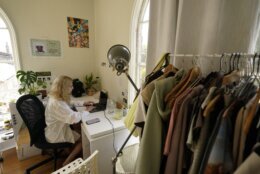 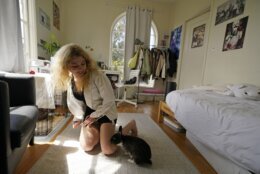 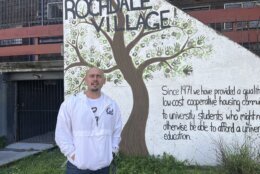 BERKELEY, Calif. (AP) — UC Berkeley sophomore Terrell Thompson slept in his car for nearly two weeks at the start of the school year last fall, living out of a suitcase stashed in the trunk and texting dozens of landlords a day in a desperate search for a place to live.

The high-achieving student from a low-income household in Sacramento, California, was majoring in business administration at one of the most prestigious universities in the world. Yet, Thompson folded his 6-foot frame into the back seat of his Honda Accord at night, wondering how he would ever find a home in the exorbitantly expensive San Francisco Bay Area city.

College students across the U.S. are looking for housing for the 2022-23 school year and if 2021 was any indication, it won’t be easy. Students at colleges from California to Florida were denied on-campus housing last fall and found themselves sitting out the year at home or living in motel rooms or vehicles as surging rents and decades of failing to build sufficient student housing came to a head.

For some colleges, the housing crunch was related to increased demand by students who had been stuck at home during the pandemic. For others, including many in California, the shortage reflects a deeper conflict between the colleges and homeowners who don’t want new housing built for students who they say increase congestion and noise.

In March, the University of California, Berkeley, said it would have to cap student enrollment because of a lawsuit brought by irate neighbors over the school’s growth. State lawmakers fast-tracked a fix to allow the campus to enroll as many students as planned for the 2022 fall semester, but the legislation does nothing to produce more housing.

Nationally, 43% of students at four-year universities experienced housing insecurity in 2020, up from 35% in 2019, according to an annual survey conducted by The Hope Center for College, Community, and Justice at Temple University. Students reported being unable to pay utilities, rent or mortgage, living in overcrowded units, or moving in with others due to financial difficulties.

And for the first time since it began tracking basic needs in 2015, the survey found an equal percentage — 14% — of students at both four-year and two-year colleges who had experienced homelessness in the last year, said Mark Huelsman, the center’s director of policy and advocacy.

“This is a function of rents rising, the inability of communities and institutions to build enough housing for students and other costs of college going up that create a perfect storm for students,” he said.

For some students, the lack of affordable housing could mean the difference between going to college or not. Others take on massive debt or live so precariously they miss out on all the extracurricular benefits of higher education.

Jonathan Dena, a first-generation college student from the Sacramento area, almost rejected UC Berkeley over the lack of housing, even though it was his “dream program.” He found a studio at the heavily subsidized Rochdale Apartments for under $1,300 a month, but he might have to move because the bare-bones units may close for a seismic renovation.

Dena, 29, wants to continue living within walking distance of campus for a robust college experience.

But the urban studies major and student government housing commission officer said “it’s kind of scary” how high rents are near campus. Online listings showed a newer one-bedroom for one person at $3,700, as well as a 240-square foot (22 square-meter) bedroom for two people sharing a bathroom for nearly $1,700 per person a month.

Nationally, rents have increased 17% since March 2020, said Chris Salviati, senior economist with Apartment List, but the increase has been higher in some popular college towns. Chapel Hill, North Carolina, saw a 24% jump in rents and Tempe, Arizona, saw a 31% hike.

In some cases, the rental increases have been exacerbated by a lack of on-campus housing.

Last fall, demand for on-campus housing was so high that the University of Tampa offered incoming freshmen a break on tuition if they deferred until fall 2022. Rent in the Florida city has skyrocketed nearly 30% from a year ago, according to Apartment List.

Rent in Knoxville has soared 36% since March 2020, and it could get worse after the University of Tennessee announced a new lottery system for its dorms this fall, saying it needs to prioritize housing for a larger freshman class.

Even two-year community colleges, which have not traditionally provided dorms, are rethinking student needs as the cost of housing rises.

Last October, Long Beach City College launched a pilot program to provide up to 15 homeless students space in an enclosed parking garage. They sleep in their cars and have access to bathrooms and showers, electrical outlets and internet while they work with counselors to find permanent housing.

Uduak-Joe Ntuk, president of the college’s Board of Trustees, hesitated when asked if the program will be renewed.

“I want to say no, but I think we will,” he said. “We’re going to have new students come fall semester this year that are going to be in a similar situation, and for us to do nothing is untenable.”

California prides itself on its robust higher education system, but has struggled with housing at its four-year colleges. Berkeley is notoriously difficult, with cut-throat competition for the few affordable apartments within walking distance to campus.

“I definitely was not prepared to be this stressed about housing every year,” said Jennifer Lopez, 21, a UC Berkeley senior from Cudahy, in southeastern Los Angeles County, and the first in her family to attend college.

She imagined she would spend all four years on campus in dorms, but found herself in a scramble for a safe, affordable place to sleep. The urban studies major currently splits an attic space in what is technically a one-bedroom apartment shared by four undergraduates, one of whom sleeps in the dining room.

The total monthly rent is nearly $3,700 — laughably high in most U.S. cities — but she’s grateful for it.

“If I hadn’t heard about this place, I was either going to end up living in a basement, or in this other apartment I know (where) the girls are struggling with leaks and mold,” Lopez said.

The Basic Needs Center at UC Berkeley, which operates a food pantry for students and faculty, found in a snapshot survey that a quarter of undergraduates reported they “lacked a safe, regular and adequate nighttime place to stay and sleep” at some point since October.

“That’s huge,” said Ruben Canedo, co-chair of UC’s systemwide Basic Needs Committee. “This generation of students is navigating the most expensive cost-of-living market while at the same time having the least amount of financial support accessible to them.”

Thompson, the business administration major, started looking for an apartment last May, after spending his first year at home taking classes remotely to save money. He quickly realized that his rental budget of $750 was wildly inadequate and as a second-year student, he no longer qualified for priority in the dorms.

By the time classes began in late August, he was in a panic. He tried commuting from his home in Sacramento, leaving before 6 a.m. for the 80-mile (130-kilometer) drive to Berkeley and returning home around midnight to avoid traffic.

But that was grueling so he took to sleeping in his car. Initially he parked far away in a spot without parking limits. Then he parked at a lot between two student dorm complexes closer to campus, where exuberant partying kept him up at night.

He attended classes, studied and ate sparingly to save on ballooning food costs. He looked at apartments where five people were squeezed into two bedrooms with pared-down belongings stored under beds.

He slept in his car for almost two weeks until a sympathetic landlord who had also grown up in a low-income home reached out, offering a studio within walking distance of campus. The rent is $1,000 a month, and he hopes to stay until he graduates.

“I think I have a little bit of a PTSD factor,” he said.

Most students have no idea of the housing situation when they choose to attend UC Berkeley, said 19-year-old freshman Sanaa Sodhi, and the university needs to do more to prepare students and support them in their search.

The political science major is excited to move out of the dorms and into a two-bedroom apartment where she and three friends are taking over the lease. The unit is older but a bargain at $3,000 a month, she said. The housemates were prepared to pay up to $5,200 for a safe place close to campus.

“You don’t honestly know the severity of the situation before you’re in it,” she said, adding that landlords hold all the cards. “They know that whatever price they charge, we’ll inevitably have to pay it because we don’t really have a choice except maybe to live out of our cars.” 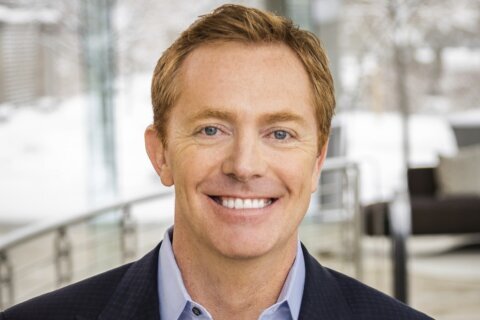