WASHINGTON (AP) — Average long-term U.S. mortgage rates rose again this week as the key 30-year loan rate vaulted over 4.5% and attained its highest level since the end of 2018.

Against a backdrop of inflation at a four-decade high, the increases in home loan rates come a few weeks after the Federal Reserve raised by a quarter point its benchmark short-term interest rate — which it had kept near zero since the pandemic recession struck two years ago — to cool the economy. The central bank has signaled potentially up to seven additional rate hikes this year.

The developments mean that mortgage rates likely will continue to rise over the year.

Mortgage buyer Freddie Mac reported Thursday that the average rate on the 30-year loan this week rose to 4.67% from 4.42% last week. That’s a sharp contrast from last year’s record-low mortgage rates of around 3%. A year ago, the 30-year rate stood at 3.18%.

The average rate on 15-year, fixed-rate mortgages, popular among those refinancing their homes, jumped to 3.83% from 3.63% last week.

Home prices are up about 15% over the past year and as much as 30% in some cities. Homes available for sale have been in short supply even before the pandemic started two years ago. Now higher prices and rising loan rates will make it even harder for would-be buyers as the spring homebuying season gets underway.

The government reported Thursday that an inflation gauge closely monitored by the Fed jumped 6.4% in February compared with a year earlier, with sharply higher prices for food, gasoline and other necessities squeezing Americans’ finances. That figure was the largest year-over-year rise in 40 years — since January 1982. Excluding volatile prices for food and energy, so-called core inflation increased 5.4% in February from 12 months earlier.

Robust consumer demand has combined with shortages of many goods to fuel the sharpest price jumps in four decades. Measures of inflation will likely worsen in the coming months because Thursday’s report doesn’t reflect the consequences of Russia’s invasion of Ukraine, which began on Feb. 24. The war has disrupted global oil markets and accelerated prices for wheat, nickel and other key commodities.

Squeezed by inflation, U.S. consumers increased their spending by just 0.2% in February, down from a much larger 2.7% gain in January. 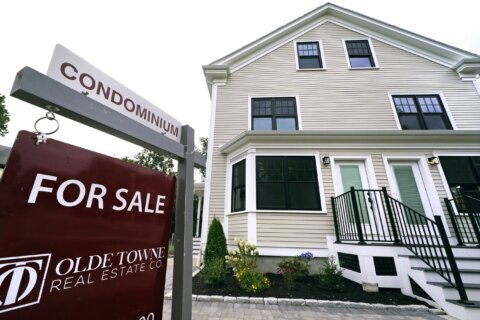 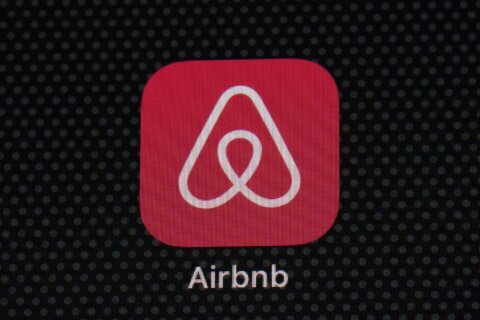 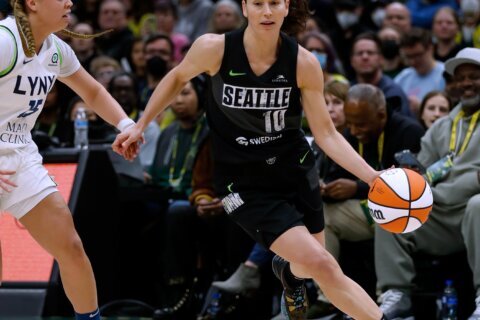