‘A safe place.’ For LGBT asylum seekers, a new shot at life

WORCESTER, Mass. (AP) — The church volunteers assembled furniture and hung decorations in the newly renovated apartment building. They laid out nearly every necessity, down to the bath towels, bed linens, cooking supplies and televisions.

Over Thanksgiving weekend, the first residents of the home in Worcester, Massachusetts moved in: three gay men seeking asylum in the U.S.

“I don’t even have the words,” said Alain Spyke, 26, who fled Jamaica after being continually harassed and threatened by a local gang for being gay. “To come into this country and have a safe space to escape all the hardships and trauma? Not everyone has that opportunity.”

A Massachusetts church group that’s uniquely focused on support for immigrants fleeing their countries due to their sexual orientation has opened a new, permanent home for lesbian, gay, bisexual and transgender asylum seekers.

The LGBT Asylum Task Force, a ministry of Hadwen Park Congregational Church in Worcester, raised more than $500,000 to purchase and renovate a dilapidated, three-story former group home on the city’s well-heeled west side.

The group typically houses asylum seekers in rented apartments throughout New England’s second-largest city, but as the effort has grown over the years, it’s become challenging to coordinate services and foster community among the new immigrants, he said.

The task force covers rent and provides a $500 monthly stipend for immigrants, at least until they can receive work authorization, a process that can take around two years, Green said. The group also connects asylum seekers with immigration lawyers, sets them up with bank accounts and health insurance, and helps prepare them for entering the workforce.

“We found that giving folks stability has helped them better prepare for their asylum cases,” said Green, who is also from Jamaica and participated in the program. “They know they’re in a safe place until they can get on their feet.”

The church effort is one of the few programs providing wide-ranging and long-term help to LGBT asylum seekers once they’re in the U.S., says Pastor Judith Hanlon of Hadwen Park Congregational Church, who co-founded the ministry.

Groups like the Rainbow Railroad in Toronto, Canada, help LGBT individuals escape persecution in their home countries. Temporary shelters like Casa de Luz in Tijuana, Mexico, provide safe havens for gay and transgender migrants on the perilous border journey. And groups like the LGBT Asylum Project in San Francisco focus on providing legal help while others like the Trans Queer Pueblo in Phoenix, Arizona, focus on community building and advocacy.

The church ministry started in 2008, when the United Church of Christ congregation rallied to support a single gay immigrant from Jamaica.

As the church’s reputation spread, migrants from Jamaica and the dozens of other countries where homosexuality is explicitly outlawed began arriving, oftentimes unannounced, Hanlon said. The task force is currently assisting 21 LGBT immigrants but has helped more than 400 over the years, with all so far winning asylum, she added.

Among the recent arrivals is Orville Howden, a 39-year-old gay man who says he fled Jamaica last October after his roommate was killed for being gay. He moved into the new house along with Spyke recently.

A longtime restaurant server, he’s hoping to get a job in interior design when he gets his work authorization.

In another apartment rented by the church, a 25-year-old Muslim woman from Uganda said her parents forced her to marry a man 30 years her senior after discovering she had a long-term girlfriend.

The woman, who asked only to be identified as Aisha, arrived last December after searching online for ways to get out of her forced marriage.

She says she appreciates the group doesn’t impose Christianity or require her to attend church services. “They’re really accepting me as I am, and that’s been heartwarming,” she said.

The Biden administration has rescinded a rule that made it harder for migrants, including LGBT persons, to qualify for asylum because of domestic abuse or gang violence, said Ari Shaw, a director at the Williams Institute, a research center at the UCLA School of Law focused on sexual orientation and gender identities.

But other harmful Trump-era policies also remain in effect, such as the use of Title 42 of the U.S. Code to justify denying asylum claims based on coronavirus concerns, Shaw said.

Following a court order, the Biden administration also recently announced plans to reinstate Trump’s Migrant Protection Protocols, which forced many asylum seekers to remain in Mexico while their asylum claims were being processed.

The Department of Homeland Security’s guidance includes a new exemption for gay and transgender individuals, although there’s concern among advocates about how that will be implemented in practice.

A DHS spokesperson said exceptions for LGBT persons and other particularly vulnerable individuals will be considered case-by-case. The agency also noted that Biden issued an executive order in February committing to improving the asylum process and combatting the sexual and gender-based violence and other “root causes” of migration.

DHS doesn’t track LGBT asylum claims, but a study earlier this year from the Williams Institute estimated LGBT individuals filed at least 11,400 applications from 2012 to 2017, with more than half of those coming from Central America.

Back at the Worcester home, Spyke says he’s still wrapping his head around the freedoms America affords.

In Jamaica, his family ostracized him after finding out he was gay and he faced harassment, even in popular tourist destinations like Montego Bay.

Now living in the U.S. for nearly two years, Spyke says he finally felt comfortable enough to kiss another man in public for the first time just this April.

“It felt really cool,” he said. “I’d never dare to do that in Jamaica.” 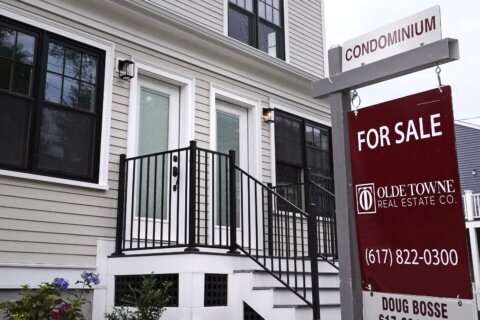 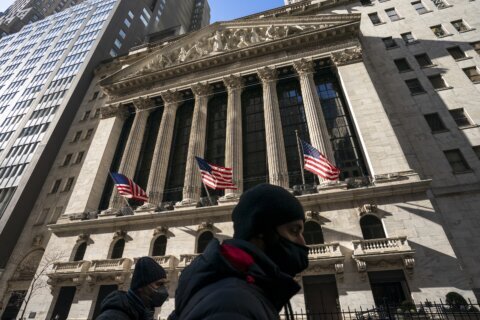