CALIPATRIA, Calif. (AP) — Near Southern California’s dying Salton Sea, a canopy next to a geothermal power plant covers large containers of salty water left behind after super-hot liquid is drilled from deep underground to run steam turbines. The containers connect to tubes that spit out what looks like dishwater, but it’s lithium, a critical component of rechargeable batteries and the newest hope for economic revival in the depressed region.

Demand for electric vehicles has shifted investments into high gear to extract lithium from geothermal brine, salty water that has been overlooked and pumped back underground since the region’s first geothermal plant opened in 1982. The mineral-rich byproduct may now be more valuable than the steam used to generate electricity.

California’s largest but rapidly shrinking lake is at the forefront of efforts to make the U.S. a major global player in the production of lithium. Despite large deposits of the ultralight metal in the U.S., Nevada has the country’s only lithium plant, and U.S. production lags far behind Australia, Chile, Argentina and China.

Decades of environmental ruin have left some residents on the Salton Sea’s receding shores indifferent or wary. They have been disappointed before, most recently by solar plants that failed to be the economic engine many hoped.

The Salton Sea formed in 1905 after the Colorado River breached a dike and two years of flooding filled a sizzling basin, earning it the nickname “The Accidental Sea.” In the 1950s, the lake thrived as a tourist destination, drawing anglers, boaters and celebrity visitors including Frank Sinatra.

But storms in the 1970s destroyed marinas and resorts. Flooding wrecked many homes in the tiny, former resort town of Bombay Beach, and after the water dried, left an almost apocalyptic atmosphere that has recently attracted artists.

The lake level peaked in 1995 but, with little rain, has since been evaporating faster than Colorado River water seeping downhill through farms can replenish as farmers conserved more water.

The sea has been a key stopover for migrating birds. But as the lake has shrunk, the fish population has declined, chasing away about 25% of the more than 400 bird species that populated it five years ago, said Frank Ruiz, Audubon California’s Salton Sea program director. Carcasses of oxygen-starved tilapia no longer blanket shores periodically with a stench that could reach Los Angeles because there are so few left.

In Salton City, a town of about 6,000, roads curve along empty lots, a legacy of its first developer who stopped construction in 1960. Street signs with idyllic names like Harbor Drive and Sea Shore Avenue mark a barren landscape of cracked pavement.

Pat Milsop, a 61-year-old retired restaurant owner, hits golf balls across a dry canal. His view is filled with dilapidated docks on bone-dry soil that harbored boats when his mother-in-law bought his house in 2004. He is skeptical that lithium will restore some of the lake’s glory.

“Are they going to do something good for the community or just buy up all the land and kick everybody out?” he asks. Nostalgic for livelier days, he plans to move to his farm near Lubbock, Texas.

The lake is at the southern tip of the San Andreas Fault, which has shifting tectonic plates that bring molten material closer to Earth’s surface. The only other part of the U.S. known to have more geothermal brine available is on the fault’s other end in Northern California.

Rod Colwell, chief executive of Controlled Thermal Resources Ltd., oversees construction of what would be the region’s first geothermal power plant in nearly a decade. General Motors Corp. said it invested in the project as it seeks to eliminate tailpipe emissions from light-duty vehicles by 2035.

The lake’s southern shores are dotted with small, volcano-like pots of bubbling mud caused by geothermal activity. In 2011, Colwell walked about a mile in the Salton Sea’s knee-deep water — all of it now evaporated, with a fine powder below a white, cracked crust.

Lakebed is considered an ideal spot for lithium. The company says it plans to drill down 8000 feet (2,438 meters) for super-hot liquid.

“There is no brine resource like this anywhere on the planet,” said Colwell, who relied on years of extensive, publicly available reports analyzing the area’s soil.

He said the $520 million plant will start producing lithium in 2024.

Owners of 11 existing geothermal plants around the lake’s southern shores are retooling for lithium and possibly other brine minerals instead of building from scratch. Warren Buffett’s Berkshire Hathaway Energy Co. has state and federal grants for lithium demonstration projects and says it could begin construction for commercial operations in 2024.

EnergySource LLC opened its geothermal plant in 2012 and its sister company, EnergySource Minerals, has extracted lithium there on a small scale since 2016, said Derek Benson, chief operating officer. It plans to start building a $500 million addition for mineral extraction by the end of March.

An easily overlooked metal structure faces the plant across a two-lane rural road. Bolted down by tons of concrete, it drills more than 4,000 feet (1,219 meters) underground for steam that allows for electricity to be generated and delivered to the Salt River Project, a utility with 2 million customers in central Arizona.

Before it’s pumped back underground, the brine is “borrowed” for a few hours to extract lithium under a nearby canopy, Benson said.

Extracting lithium from geothermal brine has never been done on a commercial scale. There are two dominant production methods: mining for rocks and using cooler brine that bakes under the sun in large ponds for about two years until the water evaporates. The Nevada plant uses evaporation ponds.

San Diego-based EnergySource operates on the former site of Simbol Materials, a heavily hyped company that used geothermal brine and flopped in 2015 after negotiations collapsed over Tesla Inc.’s $325 million offer to buy it. Business decisions caused the company’s demise, according to industry experts and executives affiliated with the latest projects. Technology has since improved, they say, and so have market conditions.

Demand for lithium has soared as more carmakers shift to electric. California has targeted 2035 to achieve zero emissions from all cars and trucks sold in the state. The Biden administration hopes to achieve carbon neutrality by 2050.

“This is the moment where a number of trends, the confluence of them, have finally come together,” Benson said.

Detailed environmental impact reviews, required by California law, have not been released. Benson says his company’s geothermal brine technology uses much less land and about one-fifth the water of evaporation ponds and emits one-seventh the carbon dioxide of rock-mining.

“It’s very easy to fall into this narrative that the technology is not proven, but that is fundamentally not the right way to look at it,” said Grant, a Lawrence Berkeley National Laboratory research affiliate. “The fact is that it’s hard to build lithium projects.”

Smokestacks shooting steam at geothermal power plants are a towering presence amid flat fields of lettuce, melons and alfalfa.

Despite hugely productive land that stocks U.S. supermarkets with winter vegetables, Imperial County has a poverty rate of 22%, among California’s highest. El Centro, the county seat, perennially has one of the highest unemployment rates among 389 U.S. metropolitan areas.

Many farmworkers commute daily from Mexicali, Mexico, to pick vegetables in winter and melons in spring. In the summer, snowbirds flee stifling heat and people stay inside, making towns and fields look deserted.

Lithium has generated cautious optimism. EnergySource expects to contribute $80 million to $90 million annually to the economy, largely through payroll, taxes and royalties. Controlled Thermal Resources is expected to create 1,400 jobs, according to the Imperial Valley Economic Development Corp.

“How do we end up with this great opportunity before us but at the same time not get burned?” said Luis Olmedo, executive director of Comite Civico del Valle, which advocates for low-income and underserved residents, and a member of the Lithium Valley Commission, a state panel to promote the lake’s lithium resources.

The lake depends entirely on Colorado River water gravitating through canals across hundreds of thousands of acres of chemical-laden farms. Amid growth, Arizona demanded its full entitlement of river water, forcing California to end its overuse. In 2003, squabbling California agencies settled on shifting large amounts of the state’s share to San Diego, meaning less water for Imperial County farms and, by extension, the Salton Sea.

Persistent drought tied to climate change raises the prospect of even less Colorado River water seeping downhill into the lake.

“The noise was awesome,” said Carlene Ness, 74, who bought a western shore house with her late husband in 1999. “That’s what everybody bought for, and we have to fight for it.”

In Calipatria, a city of 8,000 closest to the geothermal investments, lithium may be the biggest boon since two state prisons opened in the early 1990s. On a stifling July day, a gas station on the main street was the only establishment with activity.

Ruben Hernandez, 54, has worked for an Imperial Valley landowner since he was 8. He and his wife own a Mexican restaurant in the largely deserted town of Niland. His wife wants to stay, but “there’s nothing here, no town,” he said.

Lithium project backers who come for breakfast tell him he could eventually be feeding 20 to 30 people and delivering lunches to their plant.

“If they are going to lift this town up, it would be great,” Hernandez said. 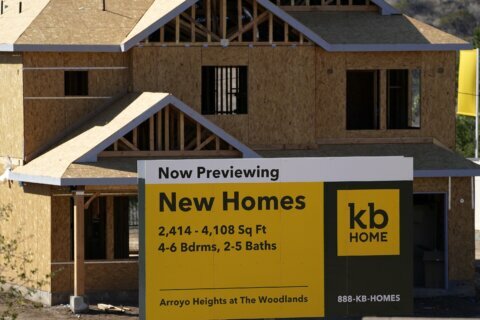 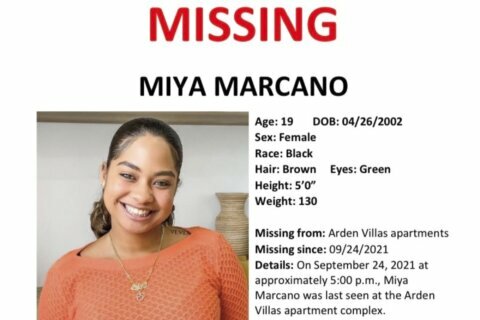 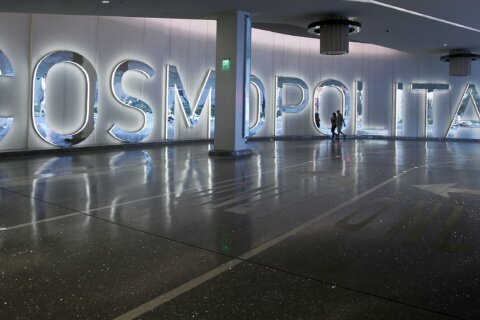