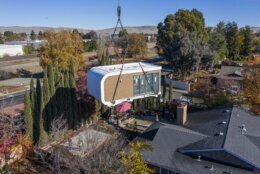 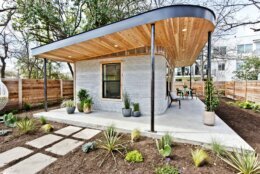 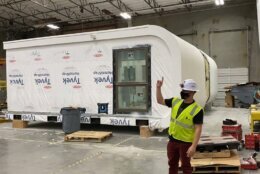 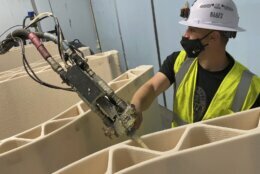 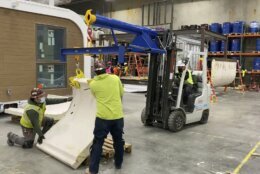 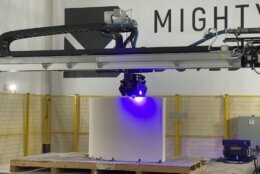 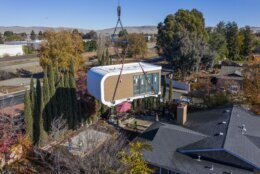 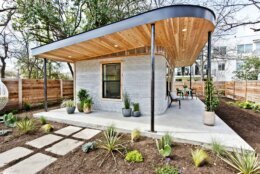 A new generation of startups wants to disrupt the way houses are built by automating production with industrial 3D printers.

3D printing, also known as additive manufacturing, uses machines to deposit thin layers of plastic, metal, concrete and other materials atop one another, eventually producing three-dimensional objects from the bottom up. In recent years, 3D printers have mostly been used to create small quantities of specialized items such as car parts or prosthetic limbs, allowing consumers or businesses to produce just what they need using the machines at home or work.

Now a small number of startups around the world are applying 3D printing to home construction, arguing that it’s faster, cheaper and more sustainable than traditional construction. They say these technologies could help address severe housing shortages that have led to soaring home prices, overcrowding, evictions and homelessness across the U.S.

But 3D home construction is still in the early stage of development. Most startups in this field are developing new technologies and not building homes yet. And two of the highest profile and best-financed companies – Mighty Buildings and ICON – have delivered fewer than 100 houses between them.

To move beyond a niche market, construction firms will need to significantly ramp up production and persuade home buyers, developers and regulators that 3D printed houses are safe, durable and pleasing to the eye. They’ll also need to train workers to operate the machines and install the homes.

“To the extent that 3D printing can offer a faster, cheaper way to build even single family housing units or small units, it can address a portion of the problem,” said Michelle Boyd, who directs the Housing Lab at the University of California, Berkeley’s Terner Center for Housing Innovation. But the sheer magnitude of the housing shortage demands many types of solutions, from loosening zoning restrictions to building more high-rise apartment buildings, she said.

Proponents note that printing houses rather than nailing them together could save huge quantities of scrap wood, metal and other discarded construction materials that are dumped into landfills every year.

Backers say 3D printing reduces the need for human labor at a time when home builders are struggling to find enough skilled workers to meeting housing demand. Many construction workers left the trades after the housing-fueled financial crisis more than a decade ago, and fewer young people are entering the field.

Jason Ballard, CEO and co-founder of a 3D printing construction startup called ICON, said its 3D printing system can do the work of 10 to 20 workers in five or six different trades. And unlike humans, the machines can work up to 24 hours a day, saving developers time and money.

“With 3D printing, we’re able to print exactly what we need,” said Sam Ruben, the company’s co-founder and chief sustainability officer at Mighty Buildings. The process can eliminate nearly all construction waste, he said, which can add up to savings of two to three tons of carbon per housing unit.

In Mighty Buildings’ factory warehouse in Oakland, Calif., a 3D printer deposits thin layers of a stone-like material that quickly hardens under ultraviolet light and resists fire and water. Wall panels are printed one layer at a time and then filled with an insulating foam. Robotic arms finish the surfaces into various designs.

The printer can produce the entire exterior shell of a studio home or individual wall panels that can easily assembled with simple tools, the company said. Mighty Buildings is now producing 350-square-foot backyard studios, known in the industry as “accessory dwelling units,” that can be used as extra bedrooms, playrooms, gyms or home offices.

So far the company has delivered six units and has another 30 under contract, starting at $115,000 each, which doesn’t include the cost of installation and site work. Two units can be combined to make a 700-square-foot dwelling. The company’s home construction costs are about 40 percent lower than that of traditional homes in California, Ruben said.

Most of the modules are assembled in the factory, transported by truck to the owner’s property, then put into place using a crane. The unit size is limited by the dimensions of the truck bed and the clearance heights of tunnels and overpasses.

Mighty Buildings is teaming up with a Beverly Hills, Calif.-based developer, the Palari Group, to create a planned community of 3D printed homes in the desert resort community of Rancho Mirage in California’s Coachella Valley.

The solar-powered development, set for completion next spring, will have 15 lots with a 1,450-square-foot primary home plus a 700-square-foot secondary home and swimming pool in the backyard, costing around $850,000, said Basel Starr, Palari’s CEO and founder.

Those lots sold out quickly and there’s a waiting list of 500 homebuyers, Starr said. He’s planning similar developments in other parts of California.

Austin, Texas-based ICON has used 3D printing technology to produce low-cost housing. It’s printed homes for the chronically homeless in Austin as well as poor families in Nacajuca, Mexico. Instead of producing homes in factories, it brings its Vulcan printer to work on-site, squeezing out long tubes of concrete layer by layer that dry quickly to form the walls of a house.

“The factory comes to you, imprints the house right where it intends to be. We chose that method to eliminate a lot of the shipping costs and then also to give ourselves a lot of design freedom,” said Jason Ballard, ICON’s CEO and co-founder.

Its current technology can reduce construction costs by up to 30 percent and build a house twice as fast as traditional methods because the 3D printer does nearly all the work, Ballard said.

“The benefits that automation and digitization had brought to so many other industries with regard to speed and affordability were completely missing from the construction industry,” Ballard said. 3D printing, he said, “was like the most powerful automation of all the automations we could discover.”