The six-time Super Bowl champion who left New England for sunny Florida is in the playoffs for a NFL-record 18th time in 21 years, and eager to build on an ever-expanding legacy in his first postseason appearance with the Tampa Bay Buccaneers.

Bill Belichick and the Patriots are home watching following a historic two-decade run with the 43-year-old quarterback, who’s now pumping vitality into a franchise with the worst all-time winning percentage in the four major professional sports.

Brady led New England to the Super Bowl nine times in 20 seasons, appearing in 41 playoff games and winning 30 — both records.

The Bucs, who will end a 13-year postseason drought when they face Washington in a NFC wild-card game Saturday night, have played 15 playoff games in the club’s 45-season history.

“Anytime you make the playoffs, it’s a good feeling, and it’s a good opportunity to be playing this weekend, a privilege for any of us,” Brady said Wednesday.

“We’re a team that’s made a bunch of improvements over the course of the year, and we have to be at our best. That’s what this part of the season is all about,” the three-time league MVP added. “The regular season is what it is. You realize you put it in the books, but we’re here to win playoff games.”

An improved defense has helped Brady continue to defy Father Time, too.

“It’s amazing because when you’re out there watching him in practice, you’re like, ‘This guy looks like he’s 30, maybe 33 at most,’” coach Bruce Arians said.

“It’s just amazing watching him and the way he works so hard at taking care of himself. That’s not easy at 43, taking a few shots — hopefully not too many — and moving on. … He really is a freak of nature in that regard.”

It’s never been Brady’s style to call attention to his accomplishments, so he lets his play speak for what he’s been able to do this season without benefit of a normal offseason or preseason to prepare for his transition to a new team.

With a franchise-record 40 touchdown passes, he joined Aaron Rodgers, Drew Brees, Peyton Manning and Dan Marino as the only quarterbacks to throw at least 40 in multiple seasons. It also tied Russell Wilson for the second most in the league this year behind’s Rodgers’ 48.

“When he first signed I said, ‘OK, we’ll be a 40 (touchdown) and 10 (interception) team,’” Arians said. “I was expecting practice, I was expecting OTAs and those things. What he’s done with none of that — especially this last half of the season — is incredible.”

Brady enters the playoffs coming off throwing for 1,067 yards and 10 touchdowns over the last eight quarters he played. He rallied the Bucs from double-digit deficits to win four times this season and has thrown for at least two TDs in seven consecutive games.

“As a player, he really hasn’t changed,” Gronkowski, the quarterback’s favorite target in New England, said. “From the second I first met him, he’s been all-in — all-in with practices, all-in at meetings, all-in trying to get better every single day.”

In some ways, Brady has exceeded Arians’ expectations.

“His leadership is beyond anything I’ve ever seen. Peyton Manning is the only thing close,” said Arians, who’s worked with Manning, Ben Roethlisberger, Carson Palmer and Andrew Luck while establishing a reputation as a quarterback whisperer.

“It’s a never-ending thing with him, the perfectionist, to get everything right in practice,” Arians added. “Also, his calmness on the sideline in games when we’re not winning, saying ‘We’re going to win.’ Those type of things. You put those in a bottle and you make a bunch of money.”

It hasn’t been all rosy, though.

While the Bucs went 10-0 against teams that failed to make the playoffs, they were 1-5 against opponents that earned berths. Brady had 10 touchdown passes and nine interceptions in the losses.

When Arians, who doesn’t sugarcoat his assessment of quarterbacks, spoke publicly about Brady’s early inconsistency many wondered if there was a rift developing between player and coach.

A four-game winning streak to end the regular season put that notion to rest.

“I feel like we have a great relationship. From the moment I got here, we’ve just had great dialogue and I certainly appreciate all the insight he gives me and the way he coaches and leads,” Brady said.

“It’s very open, honest dialogue about how we think, certainly how I can be most effective,” Brady added. “Any questions he has, we always have a great, open line of communication. I really enjoy my time getting to know him, and I have great admiration for him as a coach, as a man, as what he is off the field and how he commands and leads the team.”

Arians said there was never a problem.

“The chemistry really started in our first meeting. We first started talking offensive football and then the Tampa Bay Bucs. His excitement level and my excitement level just kept growing and is still growing,” Arians said.

“We’re still learning each and every week the little things, the game plans and situational football that we talk out,” the coach added. “The collaboration has been awesome and like I’ve said, it’s our job to keep him healthy, keep him upright and let him do his thing.” 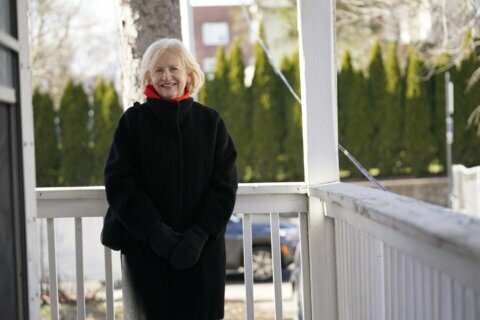