NEW YORK (AP) — The founder of a nanotechnology company was arrested Wednesday on fraud charges after authorities said he accepted over $12 million from investors who were told NASA was helping him develop a breathalyzer to detect cancer and narcotics.

A message seeking comment was sent to his lawyer.

According to court papers, he misled dozens of investors since 2013 by telling them that his company used technology developed by the National Aeronautics and Space Administration to create a breathalyzer sensor technology that could detect cancer and narcotics.

Acting U.S. Attorney Audrey Strauss said in a release that Barbera enticed investors with claims that an institutional investor was on board, including a large publicly traded chemical company, that licensing deals were in the works and that an initial public offering of shares was likely.

“As alleged, James Barbera defrauded investors out of millions of dollars by offering the opportunity to invest in a seemingly plausible but wholly fictitious technology, purportedly developed in coordination with NASA,” she said.

William F. Sweeney Jr., head of New York’s FBI office, said Barbera spent half of investors’ money on private school and college tuition for his children and mortgage payments on his apartment alongside Manhattan’s Central Park.

Meanwhile, he claimed falsely that he had an exclusive arrangement with NASA and used the agency’s logo to solicit investors, authorities said.

“As we demonstrated today, Barbera’s non-existent ‘exclusive’ landed him nothing more than a trip through the federal criminal justice system,” Sweeney said.

Authorities also said Barbera’s spending included $5,400 on spas and salons, $4,400 for pet-related expenses and $477,000 to Barbera’s two ex-wives, his mother, and his daughters.

In July 2014, the U.S. Securities and Exchange Commission and Barbera settled separate civil securities fraud charges against Barbera, barring him from future securities laws violations as he agreed to pay a $100,000 penalty and never again act as an officer or director of a public company.

The SEC brought fresh charges Wednesday in Manhattan federal court, saying Barbera’s comments to investors were false and misleading because NASA’s sensor device was designed to diagnose diabetes, not cancer or drugs.

It said NASA and Nanobeak signed a licensing agreement in 2013, to develop the device for use in cancer and narcotics detection, and Nanobeak paid NASA about $340,000, but all work on the proposed technology had ceased by late 2017 because Nanobeak failed to fully fund the research.

The SEC said Barbera falsely told at least one investor that Nanobeak had agreements with some local sheriff’s departments in Florida and Colorado, was working on a deal with the Los Angeles police department and that law enforcement agencies wanted to buy Nanobeak’s sensor technology.

In fact, the SEC said, Barbera only had agreements with some local sheriff’s departments calling for them to accept free samples of the sensor to try out once it was functional and available.

The SEC said Barbera also falsely claimed to be a former NASA scientist when he had previously testified that he merely worked as a research assistant through a NASA affiliated program in New York. 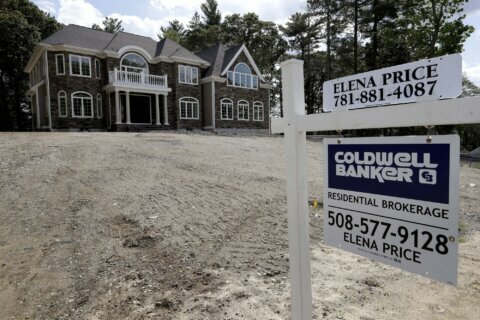