HONOLULU (AP) — Software engineer Raymond Berger begins his work day at 5 a.m., before the sun comes up over Hawaii.

Rising early is necessary because the company he works for is in New York City, five hours ahead of Maui, where he is renting a home with a backyard that’s near the beach.

“It’s a little hard with the time zone difference,” he said. “But generally I have a much better quality of life.”

The pandemic is giving many workers the freedom to do their jobs from anywhere. Now that Hawaii’s economy is reeling from dramatically fewer tourists, a group of state officials and community leaders wants more people like Berger to help provide an alternative to relying on short-term visitors.

Coinciding with the approach of winter in other parts of the U.S., “Movers & Shakas” — a reference to the Hawaii term for the “hang loose” hand gesture — launches Sunday as a campaign to attract former residents and those from elsewhere to set up remote offices with a view. They’re touting Hawaii’s paradisiacal and safety attributes: among the lowest rates per capita of COVID-19 infections in the country.

It didn’t take much to convince Abbey Tizzano to leave behind her Austin, Texas, apartment to join four Silicon Valley friends in a rented house in Kahala, Honolulu’s version of Beverly Hills.

She had never been to Hawaii before. She booked a one-way ticket, arrived in September and quarantined for 14 days, complying with the state’s rules at the time for arriving travelers. She’s keeping Central time zone hours while working in account management for a software company, allowing her to end the work day early enough to enjoy long hikes along mountain ridges or walk five minutes to the beach.

“It’s like I live two lives right now. There’s the corporate side for … the early mornings,” Tizzano said. “And then there’s just like the Hawaii lifestyle after I get off work around noon or 1 p.m.”

Neighbors tell the remote workers they’re a welcome change from the bachelor and bachelorette parties the luxury home normally hosts, she said.

Tizzano wonders what other locals think of them: “Are they appreciative of people coming that want to help stimulate the economy or are they concerned that they’re going to raise housing prices more and stuff like that?”

Housing is a real concern in a state where there’s an affordable housing crisis, said Nicole Woo, a policy analyst for Hawaii Appleseed Center for Law and Economic Justice.

She worries that if their presence remains beyond the pandemic and if they come in larger numbers, they could start pushing property values even higher.

The remote worker campaign just feels to him like another kind of tourism. “We just get portrayed as this paradise, a place for you to come and play,” he said. “And there’s such privilege involved in that attitude.”

One focus of the campaign sounds appealing to Medeiros, a public high school teacher: An opportunity for those who grew up in Hawaii to come home without having to take the pay cuts that are often required to work here.

“I see so many of my students, they graduate and many of them leave and never come back,” he said, “because they don’t see Kauai as a place where they can make a life.”

Richard Matsui grew up in Honolulu. After high school, he left for the U.S. mainland and Asia for educational and career opportunities.

As CEO of of kWh Analytics, he never expected to be able to leave California’s Bay Area and still be able to run the company.

The pandemic shut down child care options in San Francisco for his baby born in January. He and his wife planned to come to Honolulu for a month so that his mother could help with the baby. A month turned into two and then six.

“If there’s an opportunity now to take mainland salaries and our mainland jobs and to execute them well from Hawaii, I do think that Hawaii has a once-in-a-lifetime opportunity to diversify the economy and … take advantage of the fact that our core strength is Hawaii is a tremendously wonderful place to live and to raise kids,” he said.

Then the group started thinking about broadening it to others.

With the impacts on housing in mind, Higa said the group included a vacation rental company that’s sitting on a large inventory of vacant properties normally rented by tourists.

He has picked up side projects as a consultant for local food trucks and restaurants to help the small businesses improve their contactless services.

“I feel like I’m a guest here, and I have to contribute as much as possible,” he said.

“What I like about the idea of, say, a cabal of Twitter employees all moving to Kailua is that one, they bring their jobs with them, so you’re not talking about displacement in that regard,” he said. “But for all of the things that we want, which is local sales tax, groceries, electric bill, et cetera, you know, those paychecks from San Francisco get spent in Hawaii.”

The Honolulu suburb of Kailua has been struggling with how to manage an influx of short-term vacation rentals. It’s where Julia Miller, who works for a company that provides payroll services for small businesses, her Google employee husband and their two toddlers, ended up last month when they left Northern California’s dreary weather and fires.

“We do feel really grateful that we were able to come here and be welcome,” she said. “We want to do our part in keeping Hawaii safe.”

While the Millers plan to stay four to six months, others are looking at Hawaii as a longer-term remote workplace.

They plan to split their time between Hanalei and Palo Alto, California, so they looked for a property with remote working in mind. They settled on a five-bedroom house — enough rooms for Tene to work in, his wife to see patients virtually in and their daughter to study in.

“What you look for in a place you intend to work from is very different than when you want to vacation,” he said.

Existing home sales rise in 2020 to highest in 14 years 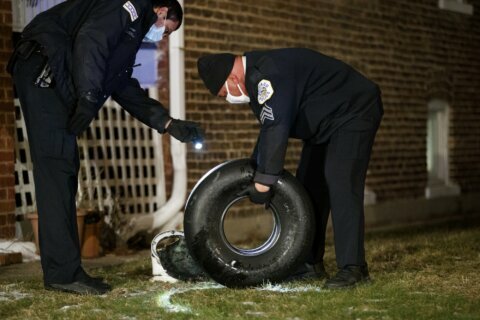