3 years after Harvey, some in Houston still waiting for help

Three years after Harvey, some Houston residents feel angry and abandoned as their repair efforts were bogged down by a city program they described as slow and bureaucratic.
Listen now to WTOP News WTOP.com | Alexa | Google Home | WTOP App | 103.5 FM
(1/19) 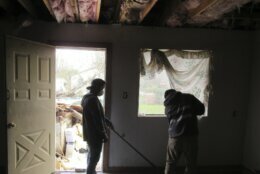 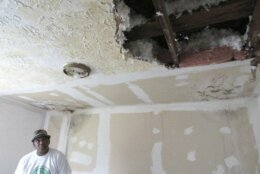 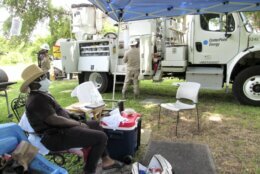 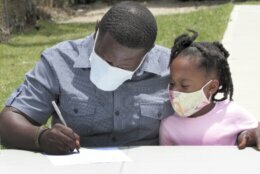 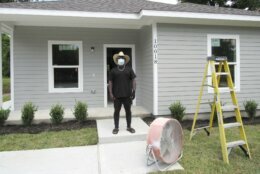 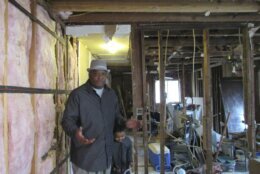 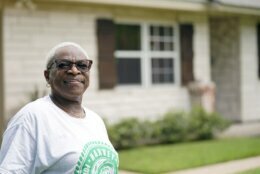 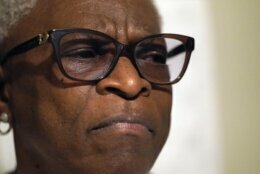 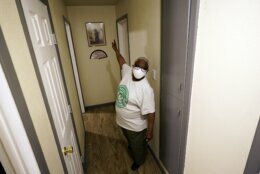 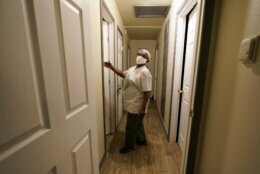 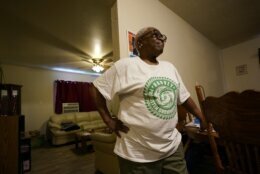 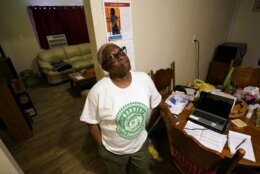 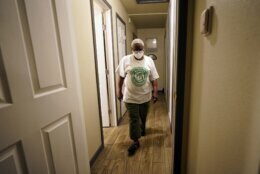 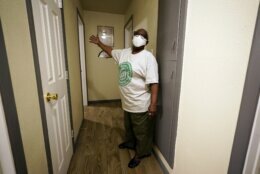 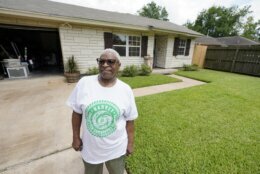 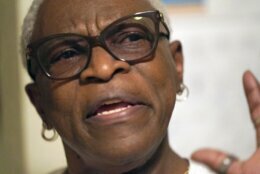 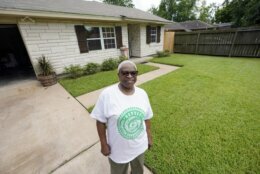 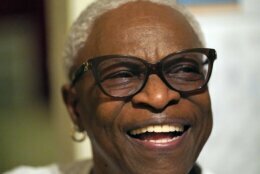 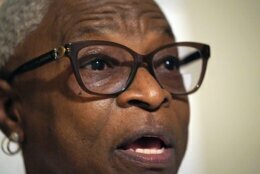 HOUSTON (AP) — Some Houston residents say they endured difficult, often hazardous living conditions while waiting months, even years for help from the city to fix flood-damaged homes after Hurricane Harvey.

Sleeping in a closet because it was the only space that didn’t reek of mold. Dealing with rodents and roaches that would come in through warped or rotted flooring. Couch surfing at 67 years old until patchwork repairs made a home temporarily habitable.

Those were just some of the things people dealt with as they waited for help they say never came, despite submitting — and resubmitting — paperwork.

Three years after Harvey, some Houston residents feel angry and abandoned as their repair efforts were bogged down by a city program they described as slow and bureaucratic. The program has finished rebuilding less than 70 homes since it started January 2019.

Some residents, like 70-year-old Doris Brown, turned to nonprofits and the state. They also formed a group — the Harvey Forgotten Survivors Caucus — to bring attention to their plight.

“We have a right to be angry. We past angry now. We mad as hell,” said Brown, whose home had to be rebuilt because of mold.

City officials admit the repair program’s progress has been slow but blame this partly on the Texas General Land Office, or GLO, which oversees the funding. The city accused the land office of providing muddled guidance, resulting in rejection of homeowners’ applications.

“The state GLO has not been a good partner with us,” said Mayor Sylvester Turner.

The land office said the city was unprepared to run the program and rejected help.

The city sued the GLO to stop it from taking over the funding. The GLO also began its own repair program in Houston, adding to residents’ confusion.

“The government is bickering over funding as far as who it belongs to, but it really belongs to the residents and the residents are still here waiting with hands empty,” said Julia Orduña, with Texas Housers, a nonprofit that works on housing issues.

The city received nearly $1.3 billion in federal funding to repair and rebuild homes, provide rental assistance and create new affordable housing. A third of the funding — nearly $428 million — went to a program for home repair and reconstruction.

As of the end of July, the program had fixed 68 homes and reimbursed 73 people who did their own repairs. The land office had fixed nearly 1,800 homes across Texas as of Aug. 13.

In the Houston area, Harvey flooded more than 150,000 homes, with more than 16,000 residents identified as potentially needing repair help.

About 50% of Houston households impacted by Harvey were low- and moderate-income, according to the city. Community advocates say many damaged homes were in Black and Latino neighborhoods that have lacked economic investment and proper infrastructure to keep them from flooding.

“They’re still in the double digits of homes repaired. No matter how you slice it, that’s a failure,” said Ben Hirsch, with West Street Recovery, a local nonprofit that rebuilt Brown’s home and that of 59-year-old Lawrence Hester.

For nearly 2½ years after Harvey, Hester lived with three relatives in a home that became overrun by black mold, rodents, roaches and sometimes snakes. He used buckets bought at a dollar store to collect water leaking from the Harvey-damaged roof.

“Living in those conditions for so long, I felt like it was normal,” Hester said.

Hester’s home has mostly been rebuilt with a few minor repairs on hold because West Street Recovery stopped construction due to the coronavirus pandemic. The pandemic also forced the Harvey Forgotten Survivors Caucus to move its advocacy efforts online.

Unable to get help from the city, Lloyd Nelms, 41, accepted an offer from the GLO. Every morning during the 17-day construction process, Nelms traveled from his hotel to watch and reassure himself it wasn’t a dream. On June 2, he got the keys to his rebuilt home.

“I lost hope in the city, but I didn’t lose hope in God,” said Nelms.

Houston officials say critics are focusing only on the number of finished home repairs and ignoring their other projects, including developing over 3,500 new affordable rental homes and so far helping 136 families through a homebuyer assistance program.

Tom McCasland, director of Houston’s Housing and Community Development Department, which runs the repair program, declined an interview request, citing the lawsuit. In a statement, he said his agency’s focus remains on helping residents recover.

Residents and advocates say while the GLO has been more responsive than the city, they still have concerns. The biggest one is a rule limiting the number of bedrooms in a rebuilt home. The GLO says this allows more homes to be fixed.

Brown said she and the caucus will continue pushing for change in how disaster victims get help. She’s been inspired in part by recent protests for racial justice.

“We are resilient people,” Brown said. “We’re going to continue to fight and we’re not going to quit because this is our right.” 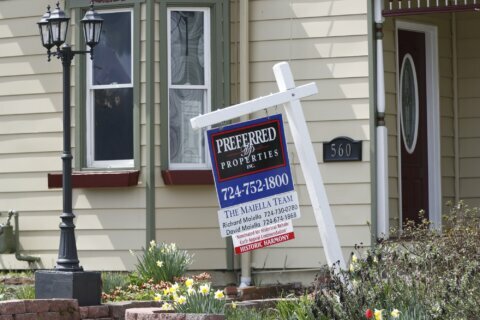 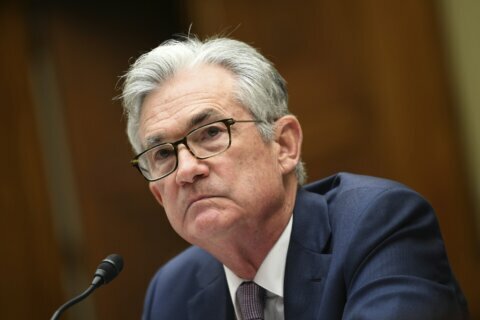 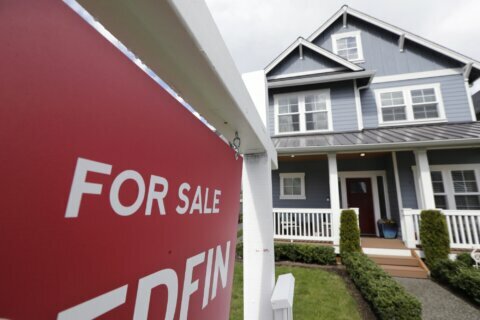