The coronavirus has depressed U.S. home sales, just as it has nearly every economic sector. Perhaps surprisingly, though, prices have remained fairly sturdy. Still, prospects for the housing industry will remain bleak until the outbreak subsides.

The Associated Press spoke recently with Ralph McLaughlin, chief economist at Haus, which co-invests with buyers as an alternative to traditional mortgages.

Q: Home sales are declining. Is this a demand or a supply problem?

A: It’s both. We’ve seen demand fall as people are unsure about whether now is a good time to buy. That’s mainly due to the falling economic prospects. But we’re seeing sellers pull back even more than buyers. That’s actually leading to a scenario where prices are mostly not falling. The lack of price declines and demand outpacing supplies might be good news. That’s because it suggests we might not see the collapse of the housing market like we did in 2007 and 2008.

Q: What should we expect with sales?

A: Expected transaction volumes will be 50% to 70% below what they might have been.

Q: Your forecast suggests that the housing market starts to grow again after March 2021. Why is that?

A: We think the prospects of any second wave of the coronavirus will have passed. We will have either developed a vaccine, a significant treatment or have achieved herd immunity to put the threat of the virus at bay. The broader shape of the housing market recovery we think looks like a flying W. The first leg of that W is what we’re going through now, a very steep drop in economic activity. We expect a noticeable but still small rebound in the summer as some pent-up demand comes back. When we reach fall and winter, we think another decline will occur. But by early 2021, most of the impact of the virus on the U.S. economy and housing market will have waned.

Q: From that point, is the recovery about unemployment and mortgage rates?

A: It’s going to be about three things. The employment situation in the U.S. is going to be No. 1. We hope employment growth will be on a strong positive trajectory, and that will help pull in those who had been hoping to buy houses and had to delay plans. Second, we expect mortgage rates to remain near historic lows. And third, we expect a very healthy demographic tailwind from people under 40.

Q: Some markets such as Houston, Las Vegas and Orlando are expected to have home prices rising significantly over the next year. Why?

A: Those are areas that we think are being hit hard right now. Las Vegas lost tourists. Houston was hit by the drop in oil prices. But as a result, they have the potential to have a higher growth rate over the next 12 months. 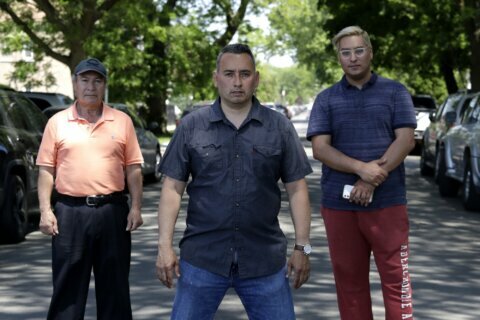