US home sales jumped to 13-year high before viral outbreak

WASHINGTON (AP) — U.S. home sales jumped in February to their highest level in 13 years, a trend that will almost certainly be reversed as people stop showing their property out of fear of infection in the coronavirus outbreak.

The National Association of Realtors said Friday that home sales jumped 6.5% in February from the previous month, to a seasonally adjusted annual pace of 5.77 million. The report covers contracts that were signed in December and January, with closings in February. The first report of an infection in the U.S. occurred on Jan. 21.

At that time, conditions in the housing market were almost ideal, with hiring strong, wages rising, consumer confidence near a peak, and the stock market at a record high. The economy has since come to a grinding halt and potentially millions of people have lost their jobs, which will likely cool sales in real estate.

“This is good news, but it’s about relevant as data from 1975,” Ian Shepherdson, an economist at Pantheon Macroeconomics, said in a research note.

The Realtors’ group released a survey Thursday morning that showed nearly half of the nation’s real estate agents say the coronavirus has caused interest among potential home buyers to decline.

Lawrence Yun, chief economist at NAR, acknowledged that some economists believe that home sales could drop 35% in the coming months.

“There will be very volatile data,” he said. But home buying should bounce back in the fall, he said, and the traditional spring home-buying season could be delayed until then.

Some realtors are moving to virtual open houses rather than showing homes in-person by using phone cameras to show potential buyers the different rooms in each house, Yun said. Other barriers could block sales, he noted, such as potential closures of county offices that record deeds.

At the same time, mortgage rates should fall even lower from already-modest levels, which could help maintain some sales, he said.

This story has been updated to remove incorrect reference to first report by China of infections. Replaces with first reported infection in the U.S. 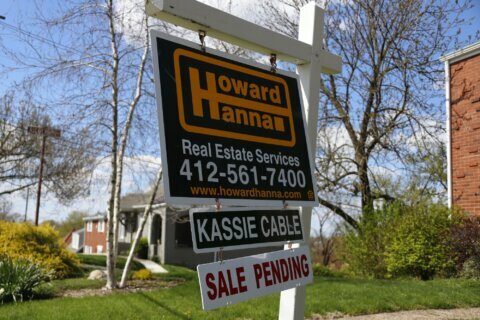