SAN FRANCISCO (AP) — The mayor of Berkeley, California, proposed a new housing policy Thursday aimed at giving renters first dibs when a property goes up for sale, as the state battles a severe housing shortage and homelessness that Gov. Gavin Newsom has declared his top priority.

Berkeley Mayor Jesse Arreguin announced a proposed ordinance to give renters “the first refusal and right to purchase” when their apartment buildings or rented homes are put on the market. Berkeley’s city council will vote on the idea later this month.

“We have a housing crisis and the public expects us to take bold action to fix it,” Arreguin said in a statement. “There are growing inequities in the rental market born of speculation and greed, and we must level the playing field.”

City officials say the Tenant Opportunity to Purchase Act would give tenants more leverage and help them stay housed in one of the country’s most expensive real estate markets, which has pushed rents sky high and contributed to a growing homeless crisis.

The median home price in Berkeley was $1.3 million last year, nearly doubled from $704,000 in 2013, Arreguin said. The median rental listing price for a one-bedroom in Berkeley is about $3,400, according to Zillow.

Arreguin’s proposed plan would kick in when an owner is ready to sell a property that tenants are already renting. It would not apply to single-family homes occupied by the owner, the statement said. In addition to giving tenants the right to make the first offer and right of first refusal on the property they live in, the plan would also allow tenants to assign their rights to “a qualified affordable housing developer to purchase on their behalf,” the statement said.

A homeowners group said while the plan is meant to target greedy corporate landlords, it would end up penalizing individual homeowners by placing a variety of constraints on selling property.

“What if I want to sell my home to an uncle, cousin or friend, and not my tenant? I should be allowed to do that,” said Krista Gulbransen, executive director of the Berkeley Property Owners Association, which represents about 1,200 homeowners.

Gulbransen said the new policy would potentially drag out the length of a sale for months while a tenant tries to secure financing that could ultimately fall through. The group plans to meet with the mayor next week

“Our biggest concern is how this impacts the smaller owner,” she said.

California’s homeless crisis took center stage Wednesday when Newsom devoted his entire State of the State speech to the issue, calling the situation in which thousands of people live on California’s streets “a disgrace.”

He urged state lawmakers to make it easier for local authorities to force the mentally ill into treatment, ease the state’s famously strict environmental regulations to speed up construction of homeless shelters and come up with a new permanent funding source for homeless services to replace the state’s habit of relying on fluctuating one-time surpluses.

Berkeley’s idea is the latest creative solution proposed to ease California’s housing crisis, though some of the details remained unclear, such as whether property owners would have to accept lower bids from tenants.

It’s similar to a state proposal introduced last month by Sen. Nancy Skinner, a Democrat from Berkeley, that aims to reduce the number of empty homes in California by giving tenants the right of first refusal to buy foreclosed properties. That plan would allow cities and counties to fine corporations that let their properties sit vacant for more than 90 days and allow local governments to seize the properties to use them for affordable housing.

Skinner’s bill was inspired by the plight of a group of homeless women known as Moms 4 Housing who took up residence in a vacant three-bedroom Oakland home to call attention to the housing crisis and protest the methods of speculators who snap up distressed homes and leave them empty.

The Oakland women have said nobody should be homeless when investment companies are buying and fixing up properties to sell at profit. The house they occupied and were evicted from in January is owned by Wedgewood Inc., a Southern California real estate investment group that bought it at a foreclosure auction last year for just over $500,000.

Wedgewood later agreed to sell the property to a nonprofit organization that acquires land and property for affordable housing, which could give the women a chance to buy it. The company also agreed to offer a right of first refusal on all 50 of the properties it owns in Oakland.

One of the Oakland women, Dominic Walker, joined Arreguin on Thursday along with other affordable housing groups. 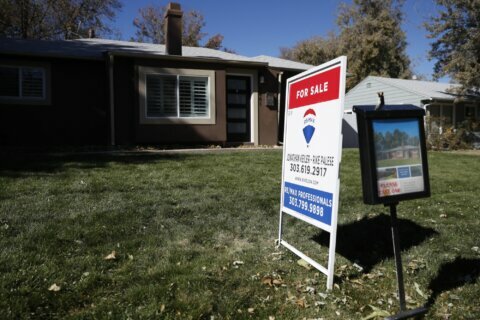 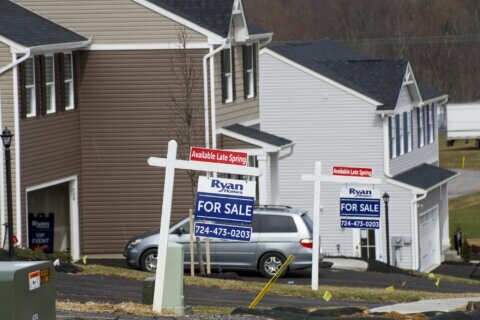 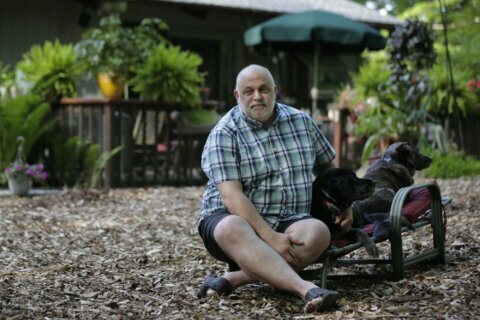 EPA proposes buyout of homes contaminated by arsenic mine