WASHINGTON (AP) — Housing and Urban Development Secretary Ben Carson violated the law when his department spent more than $40,000 to purchase a dining set and a dishwasher for his office’s executive dining room, government auditors concluded.

In a report released Thursday, the Government Accountability Office said HUD failed to notify Congress before exceeding a $5,000 limit set by Congress to furnish or make improvements to the office of a presidential appointee. The dining set cost more than $31,000 and the dishwasher cost nearly $9,000.

Carson told lawmakers last year that he was unaware of the purchase and canceled it as soon as he learned about it in news reports. He also told a House Appropriations subcommittee that he left furniture purchasing decisions to his wife. But emails released by watchdog group American Oversight suggested that Carson and his wife, Candy Carson, both played a role in choosing the furniture.

The GAO said HUD did not break the law when it paid more than $4,000 for new blinds for Carson’s office suite.

Sen. Jack Reed of Rhode Island, the top Democrat on the Senate appropriations subcommittee that oversees HUD, said that while the amount of money may be small, it’s a “willful disregard for the appropriate use” of taxpayer dollars.

“There needs to be more accountability at HUD and stronger oversight of the Trump Administration or else this pattern of unlawful behavior will continue, and I worry it won’t just be a small amount of money the next time,” Reed said in a statement.

“Our job is to make sure systems are in place to protect every taxpayer dollar we spend and to restore sound financial management and stability to the way we do business,” Dennis said in a statement. 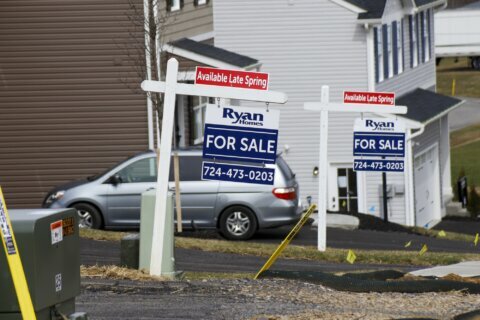 US home price gains quickened in March as sales plunged