A Maryland police officer was suspended on Tuesday over two social media posts, including one showing him wearing what was described as a political T-shirt as he displayed his badge and service weapon.
Listen now to WTOP News WTOP.com | Alexa | Google Home | WTOP App | 103.5 FM

UPPER MARLBORO, Md. (AP) — A Maryland police officer was suspended on Tuesday over two social media posts, including one showing him wearing what was described as a political T-shirt as he displayed his badge and service weapon.

The Prince George’s County Police Department said in a news release that its internal affairs division opened an investigation which discovered a second media post that raised concern and led to the suspension by Interim Chief Hector Velez. The officer wasn’t identified and the specific nature of the posts wasn’t disclosed.

“I fully support an officer’s first amendment rights, however these posts are in violation of the department’s social media policy,” Velez said. “When I was shown the post that is circulating online, I was concerned and ordered a thorough review of his social media platforms.”

The chief added that he does not condone “any inflammatory posts by any officer that would tarnish the reputation of the men and women who do this work admirably each day, or cause the community to lose trust in us.”

According to the news release, the department developed an updated social media policy in December 2019. It said the policy is taught to all recruits, discussed during mandatory in-service training and has been emailed to the entire agency along with an instructional video.

“At this time there is no indication that PGPD officers participated in the insurrection at the Capitol,” Wright said. “Should any matters be brought to the attention of the department, we will conduct an investigation to determine the extent of that officer’s involvement. Any misconduct will be dealt with accordingly.”

Prince Georges is a county with more than 900,000 residents that abuts the nation’s capital on its east side. 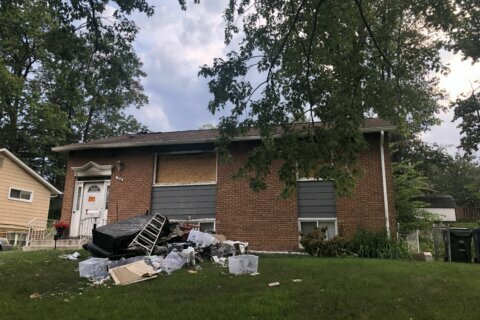