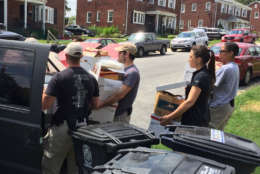 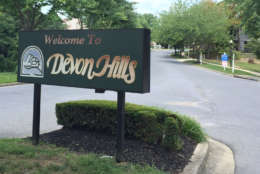 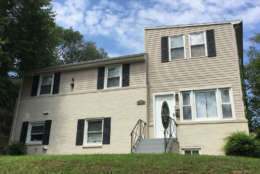 WASHINGTON — Two early-morning raids on homes in Prince George’s County are related to a credit card fraud case in which the FBI has arrested 12 suspects.

According to court documents from the District Court for the Eastern District of Virginia, “Members of this criminal enterprise are responsible for the possession and distribution of thousands of credit card numbers and at least dozens of identified victim card holder names.”

The documents describe an operation that was predominantly out of Northern Virginia where stolen credit card numbers were embedded into the magnetic strips of fraudulent credit cards that were then used to buy items such as gift cards and cartons of cigarettes that were resold for cash.

Neighbors described law enforcement swarming a home near the intersection of Saint Clair Drive and Lyons Street in Temple Hills, Maryland, at about 5 a.m. Thursday.

“They had that ram — a door buster. I think that’s what it was that went ‘BOOM,'” said Al Fersner when describing what sounded like a gunshot that awoke him.

When he looked outside, he saw flashing lights of police vehicles.

“They had fatigues on and, I don’t know, some kind of automatic weapons,” Fersner said.

The investigation and subsequent surveillance and phone tapping of suspects began in March 2015 when a BP gas station clerk in Manassas Park, Virginia, noticed someone had about 60 credit cards and called police.

Text messages and conversations between suspects detailed in the court documents include profanity-laced discussions about obtaining stolen credit card data from a black-market website and other alleged transactions.

In one conversation, suspects speculated that a police officer was sitting in a pickup truck staking out a Days Inn hotel in Manassas where a clerk was allegedly copying guests’ credit cards data.

The suspects were correct in their speculation.

Court documents describe how the suspects preferred ABC Liquors stores and Harris Teeter grocery stores for purchases because their credit card readers had not yet been updated to read chips versus magnetic strips.

The defendants are identified as: