WASHINGTON (AP) — President-elect Joe Biden will inherit a vulnerable economic recovery under threat from a resurgent virus, likely with a divided Congress that will hinder his ability to address the challenges.

Yet despite the obstacles, the former vice president and senator will pursue a drastic shift in America’s economic policy. He has vowed to reverse much of the Trump administration’s aggressive deregulation and indifference to domestic spending and economic development in favor of big investments in education, infrastructure and clean energy. He wants stricter rules to rein in big tech companies and to fight climate change.

And to help pay for it all, the president-elect would turn to large tax increases for corporations and wealthy individuals by reversing much of President Donald Trump’s tax cuts.

Biden is already distinguishing himself from Trump in his approach to the pandemic, which economists generally see as the gravest threat to the recovery. Trump saw the pandemic’s impact on the economy through the lens of government-mandated shutdowns: He argued that to fight the pandemic by imposing curbs on face-to-face businesses like restaurants — the approach favored by most health experts — was to doom the economy. Yet even when states reopened, many consumers stayed cautious about dining out, going to movies or flying.

“It wasn’t all about shutdowns — it was about people getting scared,” said Claudia Sahm, a former Federal Reserve economist. “I imagine people are getting scared again.”

Biden’s view reflects the warning from most economists that until the virus is controlled, the economy cannot fully recover.

“It starts with doing everything possible to get the COVID-19 under control,” Biden said Monday, “so that we can reopen our businesses safely and sustainably.”

Striking an ominous tone, the president-elect has warned, “We’re still facing a very dark winter,” with confirmed cases surging by roughly 120,000 a day — four times the pace of last spring. That trend, along with colder weather, will severely restrict the outdoor dining that has been a lifeline for restaurants and bars across the country. It could also hamper travel plans and visits to barber shops and yoga studios.

That slower growth, in turn, could intensify calls for more stimulus spending. Most economists, along with Federal Reserve Chair Jerome Powell, are warning that the economy needs more rescue aid from Congress.

The $2 trillion aid package that Congress approved in March is widely credited with fueling a sharp economic rebound this summer. But that stimulus is largely exhausted. Without additional aid, the hardships for roughly 10 million jobless Americans and thousands of struggling small businesses will deepen, along with the economy.

Biden’s election victory makes another shot of stimulus spending more likely, though probably not until after his inauguration in January. A package of $1 trillion to $1.5 trillion would add as much as 4.5% to growth next year, according to Capital Economics. That would be enough to return the economy to its pre-pandemic level by the end of 2021. Most economists note that the economy’s painfully sluggish recovery from the 2008-2009 Great Recession was due in large part to government spending limits that took effect in 2010.

“The most important economic issue today, tomorrow and into the next several years is fiscal policy,” said Eric Winograd, U.S. economist at AllianceBernstein, referring to the government’s tax and spending policies. “With monetary policy (by the Fed) largely bled dry, fiscal policy is the only game in town.”

Unlike Trump, Biden regards big increases in spending on social, education and development programs as critical to longer-term growth. The president-elect has proposed nearly $5.4 trillion in new spending over the next decade, according to the University of Pennsylvania’s Penn Wharton Budget Model. That includes $1.9 trillion on education and $1.6 trillion on new infrastructure — roads, bridges, highways and other public structures — and research and development.

The president-elect has also said he would raise $3.4 trillion in additional tax revenue over a decade to help pay for it, Penn Wharton found. He has proposed raising the corporate income-tax to 28% from 21%, reversing half of Trump’s cut from 35% in 2017. Biden would also raise income and payroll taxes for people making $400,000 a year or more — about 2% of the population.

Yet Biden may be the first president since George H.W. Bush not to have both the House and Senate controlled by his party during at least his first two years in office. Whether that becomes true will depend on the outcome of two Senate runoff elections in Georgia in January. But most observers expect Biden to face a GOP Senate, which would likely block much of his agenda. Republican senators would fight Biden’s tax increases and at least limit the size of a new economic stimulus package.

“The outcome of the Senate race, arguably, is the most important consideration as far as likely tax legislation is concerned,” said Robert Willens, a professor of finance at Columbia University.

Biden’s spending proposals include $2 trillion over four years to counter climate change, a reversal from Trump’s focus on supporting oil and gas drilling. He wants to spend money to retrofit homes and buildings to make them more energy efficient and building out an infrastructure for electric vehicles.

In many areas, Biden can operate through executive orders or regulation. He could also reverse much of the administration’s approach to legal immigration, which has cut the annual number of new arrivals to to about 600,000 from 1 million. Most economists say the effects of Biden’s policies would be negligible in the short run but would expand the nation’s long-run economic output by accelerating population growth.

Biden also plans to rejoin the Paris Agreement on behalf of the nation and has said he will sign executive orders to fight climate change. He aims to stop climate-damaging emissions from power plants by 2035 and to reach net-zero emissions in the economy overall no later than 2050.

The president-elect could also reverse some of Trump’s executive orders by imposing tougher fuel economy standards, compelling coal plants to reduce emissions or restoring requirements that strengthen the oil and gas industry’s reporting and reduction of toxic chemicals.

On trade, Biden will jettison Trump’s go-it-alone style in confronting China. Instead, the president-elect says he will seek to build alliances with Europe and Japan to confront China’s government subsidies, intellectual property rights violations and market restrictions, among other trade concerns.

To maintain those alliances, Biden is all but certain to drop his predecessor’s inclination to target America’s allies by threatening tariffs on car imports from Europe, or imposing tariffs on steel imports from Canada and Mexico. Still, Democrats in Congress are suspicious of China, and trade tensions will likely persist.

Trump has sought to ban Chinese apps TikTok and WeChat and has taken steps to root out Huawei from the small space it occupies in U.S. telecom networks. He has done so while pressuring other countries not to use Huawei in their next-generation 5G networks.

Though Republican and Democrats are both suspicious of Huawei, TikTok could get a reprieve under Biden. Robert Atkinson, the president of the Information Technology and Innovation Foundation, which is funded by U.S. tech companies, said the TikTok ban was “much more of a Trump issue” that Biden might drop.

The president-elect could continue the government’s rising efforts to curb the outsize power of the tech industry. The Trump administration launched what could be a landmark antitrust case against Google that will likely continue.

And, like the Trump administration, Biden has also taken aim at Section 230, a law that is foundational to the modern internet and gives tech firms liability protection from lawsuits for what users post. The president-elect has said it should be revoked. Trump and other Republicans have baselessly asserted that the social media companies were censoring conservatives. Democrats criticize the law because they think social-media companies are failing to suppress misinformation and hate speech.

Atkinson said he also sees relations between the White House and business returning to a more normal, predictable state under Biden, after Trump’s willingness to loudly condemn companies that criticized him.

“If they would ever pressure a company, it would be very quiet,” Atkinson said. “Biden is not going to use the bully pulpit to name and shame American companies.” 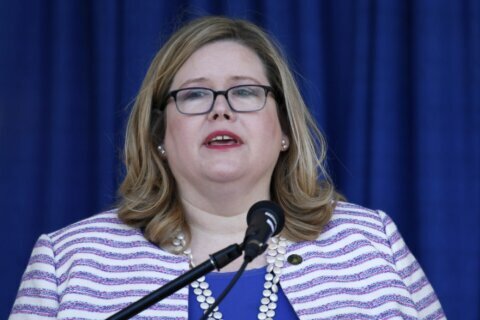