In addition, two people familiar with the decision confirmed to CBS News that Linda Thomas-Greenfield has been selected as U.N. ambassador.

Blinken has served in the past two Democratic administrations, including as a deputy national security adviser from 2013 to 2015 and as deputy secretary of state from 2015 to 2017.

Mr. Biden first began working with Blinken more than 15 years ago when he led the Senate Foreign Relations Committee and Blinken served as Democratic staff director. Their relationship was cemented at the White House when Mr. Biden was vice president and Blinken was his national security adviser. Blinken rose to deputy secretary of state by the end of the Obama administration.

CBS News previously reported that Blinken has been already serving as Mr. Biden’s global liaison, acting as the master scheduler for the president-elect’s phone calls with world leaders who have been offering their congratulations. Blinken’s role is essential, since the State Department has been blocked from providing assistance with the calls by the Trump administration.

A Biden transition official did not respond to a request for comment by CBS News.

“We’d actually show up again, day in, day out. But to engage the world, not as it was in 2009 or even in 2017 when we left it, but as it is and as we anticipate it will become: rising powers, new actors super-empowered by technology and information, who we have to bring along if we’re going to make progress,” Blinken said on Morrell’s podcast “Intelligence Matters.”

Former national security adviser Susan Rice had also been considered for the position. 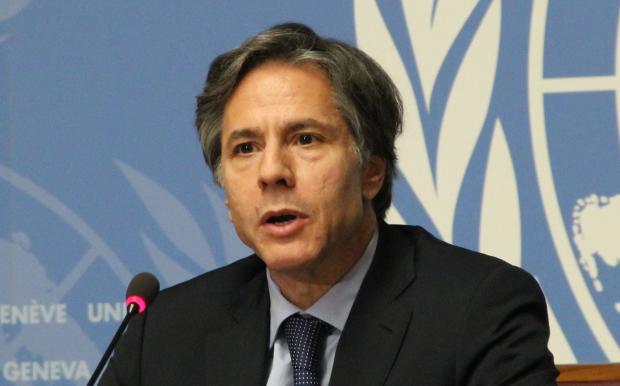