CORONAVIRUS NEWS: CDC to shorten guidance for quarantine | Who will get the vaccine first? | Health tips during the pandemic | Latest test results
Home » Presidential Election News » Trump campaign sues in…

LAS VEGAS (AP) — The Trump campaign and Nevada Republicans asked a state judge on Friday to stop the count of Las Vegas-area mail-in ballots, alleging that “meaningful observation” of signature-checking is impossible in the state’s biggest and most Democratic-leaning county.

A lawsuit filed in state court less than two weeks before the Nov. 3 election complains that observers haven’t been allowed close enough to workers and machines at the busy vote-counting center to see whether ballots that get second- and third-step validation should be rejected.

Judge James Wilson in Carson City declined to issue an immediate order to stop the count, but scheduled a hearing next Wednesday on the request.

The battle is the latest among court skirmishes across the U.S. amid President Donald Trump’s doubts about issues including voter registration, voter rolls and mail-in ballot deadlines prompted by the pandemic.

“There has been great concern whether the rolls are clean and properly registered voters are the ones receiving ballots, signing them and mailing them back,” Trump for President Nevada co-chairman Adam Laxalt said. “All we want is to be part of the signature verification process and the ability to challenge a mail-in signature.”

Laxalt invoked memories of the legal battle over the 2000 presidential election, which was ultimately decided in mid-December by the Supreme Court in Bush v. Gore.

But vote-by-mail “was not really an issue until someone started tweeting about it in a presidential year,” said Amber McReynolds, head of the nonprofit National Vote At Home Institute, which advocates expanded mail balloting.

Trump has repeatedly taken to Twitter to sow doubt about widespread use of mailed ballots, suggesting that it encourages fraud.

“It seems to me that Clark County is not doing anything different from counties in other states,” said McReynolds, a former elections chief in Denver. She said the Las Vegas area is among many now using computers with software to compare signatures before turning ballots with verification questions over to humans.

The lawsuit alleges Clark County Registrar of Voters Joe Gloria failed to get proper approval in April from Secretary of State Barbara Cegavske for his plan to accommodate observers. It seeks a court order to “prohibit … processing and counting ballots until the proper procedures are in place.”

It also complains that a GOP offer to install video monitoring equipment at the Clark County election headquarters was rejected.

Laxalt, a former Nevada attorney general, said in an interview that it appeared that not enough ballots were being rejected.

“It’s hard to believe there’s only a 1% rejection rate,” Laxalt said, citing state election data showing that more than 98% of the 190,000 mailed ballots received to date in Clark County had been accepted as valid. He noted that once a signature is verified, no campaign can challenge that vote.

State Democrats called the lawsuit a “plain and simple” effort to suppress votes in the state’s most diverse county. The U.S. Census puts the Clark County population at more than 31% Hispanic, 13% Black and about 10% Asian American.

In a statement, the party referred to a lawsuit dismissed by a federal judge in September that sought to block a state law enacted under pandemic emergency measures to allow mail-in ballots to be sent to every active registered voter in Nevada. The Legislature, controlled by Democrats, passed the law along party-lines. The Democratic governor signed it in August.

The federal judge in Las Vegas said Republicans and the Trump campaign failed to show how they would be harmed by the law. The ruling was not appealed.

“Throughout this election, Trump and Republicans have resorted to baseless attacks to undermine confidence in Nevada’s election integrity,” the Democratic Party statement said.

Las Vegas-area voter and volunteer count-watcher Fred Kraus is the lead plaintiff in the lawsuit, which was filed in Nevada’s capital city because the Republican secretary of state is a defendant.

A Cegavske spokeswoman, Jennifer Russell, said she couldn’t comment on an active lawsuit.

Clark County has more than 70% of the nearly 1.75 million active voters in the state. Registered Democrats number more than 504,000, compared with about 351,000 Republicans and 300,000 with no party affiliation.

County registrar Gloria said in an interview before the lawsuit was filed that Las Vegas-area vote processing is safe, fair and nonpartisan, and that observers were being accommodated even amid social distancing rules.

Allowing a party to install and control cameras and keep recordings to itself would be inappropriate, he said, and would violate state law prohibiting public photos or videos at the counting center.

Ballots are rejected during every election, even under the best of circumstances, and authorities nationally say problems could be compounded this year as millions of voters cast mail-in ballots for the first time because of election changes forced by the coronavirus.

Some ballots typically go uncounted because they arrive too late in the mail, voters forget to sign them or signatures don’t match the one on file at local election offices.

Large numbers of uncounted ballots could be used to cast doubts about the election.

This story has been corrected to show that the Secretary of State is a defendant, not a plaintiff.

AP reporters Sam Metz in Carson City and Christina Cassidy in Atlanta contributed to this report. Metz is a corps member for the Associated Press/Report for America Statehouse News Initiative, a nonprofit national service program that places journalists in local newsrooms to report on under-covered issues. 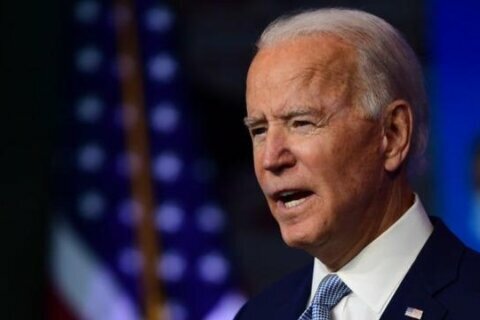