COLUMBUS, Ohio (AP) — Democrat Joe Biden is expanding his ad buys into every corner of Ohio as early voting begins Tuesday, signaling his campaign’s growing hopes that a state Donald Trump won easily four years ago may be within the former vice president’s grasp.

The new spots will air on radio in rural, traditionally Republican areas of the state, the campaign told The Associated Press, as well as on TV in Dayton. That adds to television advertising already announced in Cleveland, Columbus and Cincinnati and on Black radio stations.

The campaign declined to give specifics on how much the Ohio ad blitz is costing. It’s part of Biden’s $280 million general election ad reservation.

Toni Webb, his Ohio state director, said Biden will use the ads to speak “directly with hardworking families across the Buckeye State about his positive vision for unifying the country,” including his plans to “strengthen health care, build our economy back better, and deliver for working families.”

Trump carried Ohio over Democrat Hillary Clinton by a comfortable 8 percentage points in 2016. He now finds himself locked in a competitive battle for the Midwestern battleground and its 18 electoral votes.

A Quinnipiac University poll released Sept. 24 showed Biden and Trump statistically tied in the state, with 48% of likely voters favoring Biden and 47% favoring Trump. A whopping 97% indicated that their minds were made up, leaving the deciding vote to a tiny sliver of the electorate. The survey had a margin of error of plus or minus 3 percentage points.

Part of the more-competitive-than-expected Ohio landscape is owed to Trump’s decline in support across the state’s suburbs, surrounding its largest cities Cincinnati, Columbus and Cleveland but also its midsize and smaller metros, such as Akron, Dayton and Toledo.

Some Republicans have argued that Trump can win by turning out more supporters in the rural and small-town regions that carried him in 2016. However, some Republicans say Trump likely cannot recoup his suburban losses given how he set 40-year Republican vote percentage records, or near-records, in two-thirds of Ohio’s 88 counties four years ago.

The Biden ads will reach 56 of Ohio’s 88 counties — as well as four counties in neighboring West Virginia —with the positively toned spots, the campaign said. They’ll air across southeast Ohio’s Appalachian region, western Ohio’s farm fields and in blue-collar Mahoning County, home to Youngstown, a formerly loyal Democratic area that Trump swung into the Republican column in 2016. 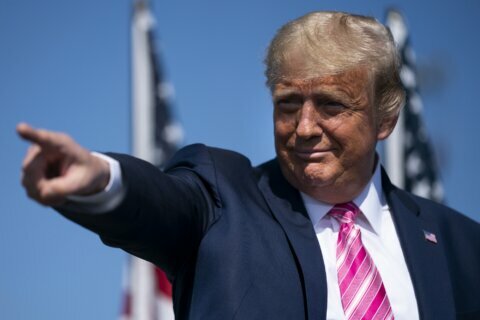