The prime speaking slots at Republicans' nominating convention Monday served as a reminder that a single state could loom large in the party's future, even though it's not a presidential battleground.
Listen now to WTOP News WTOP.com | Alexa | Google Home | WTOP App | 103.5 FM

COLUMBIA, S.C. (AP) — The prime speaking slots at Republicans’ nominating convention Monday served as a reminder that a single state could loom large in the party’s future, even though it’s not a presidential battleground.

Two South Carolina politicians — former Gov. Nikki Haley and U.S. Sen. Tim Scott — spoke during the final hour of the Republican National Convention, putting forward an optimistic and diverse vision for their party. And though Haley and Scott spoke on behalf of President Donald Trump, both are seen as possible White House hopefuls themselves in future cycles.

Haley, the daughter of Indian immigrants, served as Trump’s first ambassador to the United Nations. Scott, the sole Black Republican in the Senate, has advised the White House on policing and criminal justice issues. And both have tried throughout Trump’s tenure to be supportive allies of a president who is wildly popular with his Republican base while maintaining some modicum of independence.

Haley used her convention remarks to praise what she characterized as Trump’s commitment to telling “the world what it needs to hear” with a tough foreign policy. But she also focused heavily on her own personal story and record as South Carolina governor, including after the 2015 shooting of nine parishioners at a historic Black church in Charleston. South Carolinians “came together — Black and white, Democrat and Republican,” she said, and together “made the hard choices needed to heal.”

Haley took aim at Democrats, who she says label America as racist: “That is a lie. America is not a racist country.”

Scott also tried to send an optimistic message during a moment of racial strife. He ended the night with a speech on his personal story of struggling financially and in school. But, Scott noted, his family overcame socioeconomic and racial adversity to go “from cotton to Congress in one lifetime,” adding that he, as a “poor, Black kid from a single-parent household,” could win in an overwhelmingly white district “because of the evolution of the heart.”

Haley has long been seen as one of the rising Republican stars who may be positioning herself for a next step. She served at the United Nations until an abrupt departure from her post in late 2018 fueled rumors she might mount a campaign to block Trump from a second White House term. But Haley has voiced steadfast support of Trump, and worked to tamp down unsubstantiated rumors that she might be picked to replace Mike Pence as Trump’s running mate.

Last year, Haley officially moved back to South Carolina, a Republican bastion, feeding speculation that another political run might be in the offing. In March, she resigned from the board of Boeing Co. because of her opposition to a bailout of the airplane manufacturer that is in the works amid the new coronavirus outbreak. That gave her a chance to draw a distinction from the Trump administration — which some strategists have said could be helpful if Haley pursues the White House herself.

Scott, the first Black American elected to both the U.S. House and U.S. Senate, has become a leading Republican voice in Washington. He has occasionally distanced himself from Trump’s comments about race and spoken out about his personal experience with law enforcement.

Haley and Scott had some shared history. In 2012, it was Haley who, as governor, picked Scott to replace outgoing Sen. Jim DeMint. At the time, Scott had just been elected to a second U.S. House term in South Carolina’s 1st District. In 2016, Haley and Scott served as honorary co-chairs of South Carolina’s delegation to the RNC. Back then, Haley gave only reluctant and somewhat lukewarm support to Trump after heavily criticizing him during the primary process.

On Monday night, Haley said the country can “build on the progress of our past and unlock the promise of our future,” a future that will start “when the American people reelect President Donald Trump.” 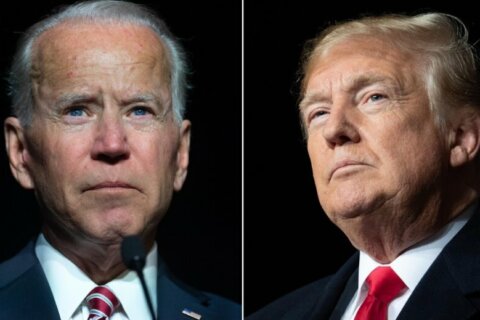 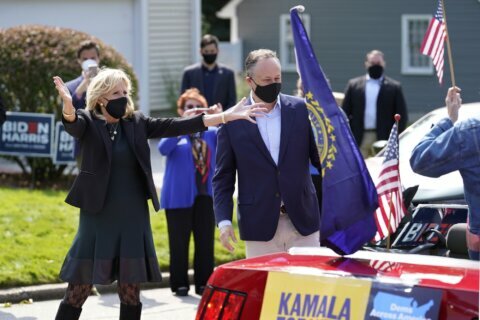