WILMINGTON, Del. (AP) — Delaware isn’t a swing state. It has three electoral votes. Driving its entire length, from Pennsylvania to Maryland, takes only a little more than an hour and a half.

But the state has an unexpected starring role in the presidential race as the coronavirus keeps presumptive Democratic nominee Joe Biden away from traditional campaigning and close to home in his bid to unseat President Donald Trump in November.

Biden announced California Sen. Kamala Harris as his running mate this past week in Wilmington and they made their public debut at the suburban high school where Biden votes. The campaign then operated for three days from the opulent Hotel DuPont downtown, where Biden had announced his first run for Senate, for the 1972 race. In a ballroom converted to a makeshift web studio, Biden and Harris held video conferences with health and economic advisers and signed documents to formally become the Democratic presidential ticket.

“We’ve never had a campaign like this, where essentially he’s probably going to be campaigning from Wilmington because of COVID-19,” said John Flaherty, a Delaware open-government advocate who worked as a staff assistant for Biden in his Senate office in Wilmington from 1978 to 1995. “It’s going to be a learning curve for all of us as to how you campaign for national office and you can’t be close to people.”

There has never been an American president from Delaware, though Rutherford B. Hayes was born in Delaware, Ohio.

The spotlight on Delaware could be even brighter if Biden is elected. In addition to his Wilmington home, his family has a beach house in Rehoboth Beach, which could become a summer retreat on par with George W. Bush’s ranch in Crawford, Texas or Trump’s golf club in Bedminster, New Jersey.

Biden’s presence so far hasn’t caused much of a stir, partly because many people are still working from home or otherwise avoiding going out. Waiting at a bus stop near the Hotel DuPont, Cara Davis, a 23-year-old drug store employee, had no idea the political circus was in town.

“I think it’s a bit of a mess,” she said of November’s election. She added, however, that she once waited on Biden’s daughter, Ashley, while working at a department store makeup counter, and plans to vote for Biden because not doing so “is like a vote for Trump.”

A block away, parked police cruisers and shipping containers blocked traffic by the hotel entrance where Biden comes and goes. Police patrolled on foot and Segway. There were Secret Service agents at the door. TV cameras commandeered the sidewalk across the street, and tents protected reporters from the frequent rains during live broadcasts.

Inside the hotel, police dogs helped screen bags in the lobby, the normally bustling food court was shuttered and the stately Green Room Bar had been converted into a holding area for journalists who cleared Secret Service security and awaited events with Biden.

Having Biden is town has reverberated beyond the hotel walls.

“It’s wonderful to have him back around,” said August Muzzi, owner of Angelo’s Luncheonette, a Wilmington fixture since his father, Angelo, first opened it in 1967. There’s a framed placard advertising Biden’s announcement of his first campaign for president in June 1987 and a 2012 letter to Muzzi signed by the then-vice president. As they grew up, Biden’s sons, Beau and Hunter, often had breakfast at the restaurant on Saturday mornings, usually occupying the third booth from the door.

Mayor Mike Purzycki said Wilmington got a healthy dose of attention during Biden’s frequent trips back home as vice president.

“There was an awful lot of vice president stuff going on around here …. a lot of big, black Tahoes driving around,” Purzycki said. “We’re used to the Secret Service. We adapt more to the roadblocks than most people would.”

Biden spent decades riding Amtrak on commutes between Washington and Delaware. The train station in Wilmington now bears his name. He once took President Barack Obama to a well-known Wilmington diner, the Charcoal Pit, and Biden hit Gianni’s Pizza after announcing his latest presidential run last year. On the city’s east side is a pool where he once served as a lifeguard. It was renamed the Joseph R. Biden Aquatic Center in 2017.

Purzycki doesn’t expect a lot of Biden public sightings, even though the Chase Center on Wilmington’s riverfront will command the spotlight at the upcoming virtual Democratic National Convention.

“He’s so bottled up right now, for a whole variety of reasons,” said Purzycki, a football star at the University of Delaware in the 1960s who lived in the same dorm as Biden. It seems Biden’s time as a running back for the school didn’t go as well.

“He always looked like he was going on a job interview,” Purzycki recalled. “I remember thinking, ‘Who is this guy?‘”

Biden, known for his hands-on style of politicking, spent months at his lakeside home in Greenville during the early stages of the pandemic — so much so that Trump’s campaign branded him “hidin’ Biden.” But Biden has more recently been giving speeches and holding small, socially distanced meetings with voters in places an easy drive from his front door, including Philadelphia, about 45 minutes away.

Normally, running mate rollouts are done in battleground states. But being home has allowed Biden to reconnect with his roots. Campaign spokesman Michael Gwin said Biden was “honored” to make the Harris announcement in Wilmington.

“Whether you’re a Democratic or a Republican, whether you like Biden or not, I think people are just very proud that somebody from Delaware is running for president,” said Flaherty, Biden’s former staff assistant. “He has been able to navigate all the political shoals out there, and now it looks like he’s going to have an even shot at the presidency.” 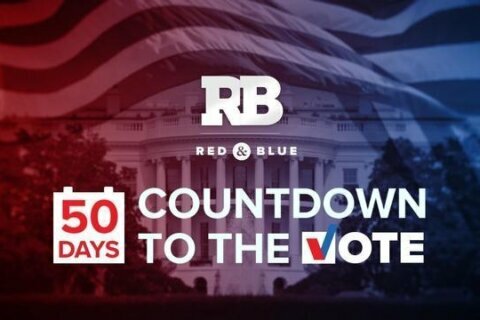