Elizabeth Warren says fellow Democratic presidential candidate Bernie Sanders told her when they met privately in 2018 that he didn’t think a woman could win the White House.

WASHINGTON (AP) — Elizabeth Warren says fellow Democratic presidential candidate Bernie Sanders told her when they met privately in 2018 that he didn’t think a woman could win the White House.

Sanders has denied that. But the Massachusetts senator said in a statement Monday that during their two-hour meeting two years ago to discuss the 2020 election, “among the topics that came up was what would happen if Democrats nominated a female candidate. I thought a woman could win; he disagreed.”

The dispute marked an extraordinary turning point in a Democratic primary that, with few exceptions, has been characterized by genial differences over domestic issues such as health care. The feud brewing between Warren and Sanders will likely change the tone of the campaign going into Tuesday’s debate and comes less than three weeks before the Iowa caucuses launch the Democratic contest. It also marks a jarring split between the two longtime progressive allies, potentially giving an opening for a more moderate rivals such as former Vice President Joe Biden to attempt unifying the party.

In her statement, Warren said she and Sanders “have far more in common than our differences on punditry.”

“I’m in this race to talk about what’s broken in this country and how to fix it — and that’s what I’m going to continue to do,” she said. “I know Bernie is in the race for the same reason. We have been friends and allies in this fight for a long time, and I have no doubt we will continue to work together to defeat Donald Trump and put our government on the side of the people.”

CNN first reported Sanders’ comment earlier Monday, based on the accounts of anonymous people with knowledge of the meeting. That drew a swift and strong denial from Sanders, a Vermont senator, who said, “It is ludicrous to believe that at the same meeting where Elizabeth Warren told me she was going to run for president, I would tell her that a woman couldn’t win.”

Sanders aides then accused Warren’s campaign of leaking what they said was an inaccurate description of what was said during the meeting.

That helped prompt Warren’s statement hours later. Jeff Weaver, a senior adviser to Sanders, then seemed to try and defuse the situation, refusing to refute Warren’s version and instead saying only on CNN on Monday night that “those conversations can sometimes get misconstrued.”

Still, the controversy is likely to revive anxiety among Democrats about whether — nearly four years after Hillary Clinton lost her White House bid — voters are willing to support another woman running for president. Such questions have dogged Warren and other female candidates throughout the 2020 campaign.

The clash between Sanders and Warren comes on the eve of a Democratic presidential debate in Iowa, the last before that state kicks off the Democratic primary with its leadoff caucuses on Feb. 3. Warren and Sanders, both of whom support universal health care, tuition-free public college and raising the minimum wage, have for months competed for their party’s most liberal wing while refraining from attacking each other.

But following a Politico story over the weekend that reported the Sanders campaign had instructed some volunteers to characterize Warren as a candidate for wealthy and well-educated voters in conversations with undecided voters, Warren issued a rare critique of her opponent. She said she was “disappointed” Sanders was instructing staffers to “trash” her.

That set the stage for Monday’s hours of additional squabbling — and may well spell a lively debate on Tuesday.

Stephanie Taylor and Adam Green, co-founders of the Progressive Change Campaign Committee, which has at times praised both Warren and Sanders, released its own statement Monday night saying they “believe that a back-and-forth about this private meeting is counter-productive for progressives.”

“In this pivotal moment of the campaign, progressives must work together to defeat Donald Trump,” Taylor and Green said. 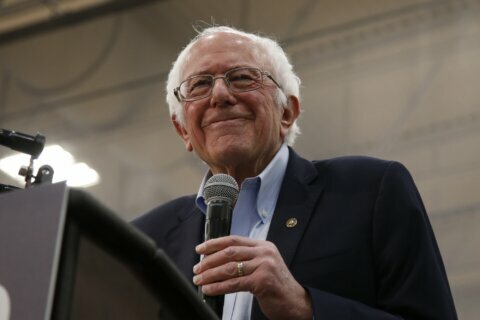 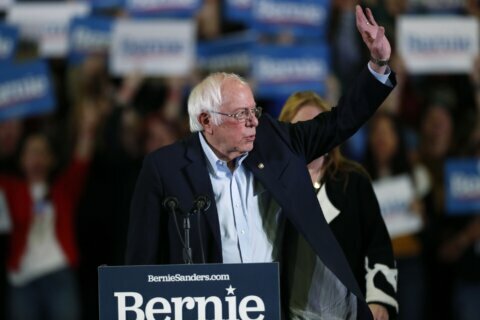 2020 Watch: Who can show strength with voters of color?