SAN DIEGO (AP) — The California lawyer who for years made sure white supremacist Tom Metzger made payments on a judgment for his role in the killing of an Ethiopian man studying in the U.S. took no money for himself from the case but ended up with something priceless: a son.

Attorney James McElroy became close with the victim’s family and eventually adopted the man’s son, who was 7 at the time of the killing and grew up to be an airline pilot. McElroy calls the bond with his son “the best fee that I ever got out of a pro bono case.”

McElroy has been largely quiet about the adoption. But he feels more comfortable speaking publicly since Metzger, 82, died last week in Hemet, California, from complications of Parkinson’s disease.

McElroy, 69, worked with the Southern Poverty Law Center to get a $12.5 million award against Metzger, a onetime leader of the Ku Klux Klan who was linked to the 1988 murder of Mulugeta Seraw, a 28-year-old college student who was clubbed over the head with a baseball bat in Portland, Oregon.

Three members of the skinhead group East Side White Pride were convicted and sentenced to long prison terms. One of the men communicated with Metzger before the attack. The judgment against Metzger came after a 1990 trial during which a recording was played of Metzger praising the killers for performing what he called their “civic duty.”

Metzger was living in San Diego County, where McElroy is a civil rights lawyer. McElroy volunteered to collect from Metzger over the next 20 years and deliver the money to the slain man’s family.

He flew to Ethiopia to meet Seraw’s family and took a liking to the man’s son. The mother worked for a bus company, earning the equivalent of about $20 a month.

McElroy asked permission to bring the boy to San Diego for a summer.

“I already had a son, and they just clicked,” McElroy said. “They learned how to surf and be a typical Southern California kid.”

He got the boy into a private school in Ethiopia. Then he asked to adopt the boy, and the mother agreed, grateful for the opportunities her son would have in the United States.

“We really bonded, and I wanted him to stay,” McElroy said. McElroy and his son’s mother now communicate online and McElroy says they are “dear friends.”

The boy graduated from Torrey Pines High School in San Diego and University of California, Santa Barbara. Now in his mid-30s, he is married and is a pilot for a major commercial airline.

His son “actually pursued the dream of his father” by getting a U.S. education, McElroy said. “(He) was actually able to do it out of this great and horrible tragedy.”

McElroy believes Metzger died not knowing about the relationship. The Associated Press is not identifying his adopted son at the request of McElroy, who says he guards his privacy.

McElroy, a former board chairman of the Southern Poverty Law Center, may be best known for his decades-long challenge to the presence of a 43-foot Latin cross atop Mount Soledad in San Diego, claiming the war memorial violated the U.S. Constitution’s ban on government favoring a religion.

The legal battle began in 1989 and ended after the Mt. Soledad Cross Association bought the land in 2015 from its then-owner, the U.S. Defense Department.

Seraw’s murder forced Portland, Oregon, to reckon with white supremacy. It also brought McElroy face-to-face with Metzger, who lived nearby in Fallbrook and was near the height of his notoriety.

Metzger ran for Congress from northern San Diego County in the early 1980s, winning the Democratic primary. But he lost by a landslide in the general election after Democrats and Republicans united against him.

He became a prominent media figure during those years, appearing on TV talk shows, organizing white supremacist demonstrations and cross burnings and promising a white civil war that would result in “blood in the streets.”

Metzger couldn’t afford the damages against him. But he paid several hundred thousand dollars, and McElroy achieved his objective: to deprive Metzger and his organization, the White Aryan Resistance, of money to spread influence.

The two men met occasionally at a Fallbrook restaurant to discuss issues that popped up. The San Diego County Sheriff’s Department was keeping a close eye on Metzger and insisted on being notified before each meeting to observe from another table.

The men had “civil conversations,” but McElroy said he kept Metzger’s racist words and actions in mind. They joked about their Midwestern roots. McElroy was born in Illinois and Metzger in Indiana.

“Metzger was a hateful man in many respects. But, like all people, he was multidimensional. He could be humorous at times,” McElroy said.

McElroy recalls Metzger’s children putting their hands in wet concrete outside their home and their father using a nail to mark their palms with swastikas. McElroy’s hopes that the children would rebel against their father’s views went mostly unfulfilled. One son, John, closely aligned with his father’s activities.

He considers Metzger an early proponent of the “lone wolf” theory that white supremacists are more effective acting alone than through marches and rallies favored by the KKK.

Richard Cohen, who met McElroy when he came to San Diego to depose Metzger, said the attorney has “an enormous heart.”

McElroy shed tears showing photos of his son at a Southern Poverty Law Center gathering in 2015.

The son “is a beautiful man — and, of course, Jim takes all the credit,” Cohen deadpanned. 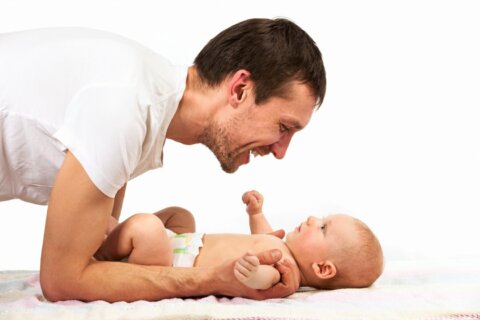 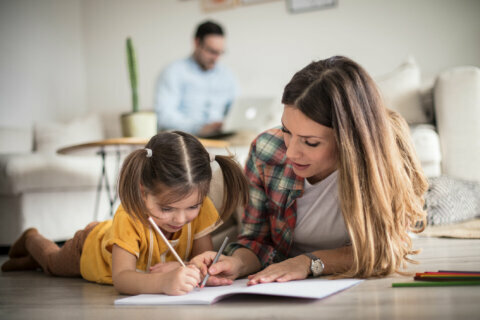