EUGENE, Ore. (AP) — There was no grand plan that launched Neeraj Chopra on the path to becoming an Olympic champion javelin thrower, only a simple suggestion.

Pudgy and pampered — his description — as a kid growing up in the northern part of India, Chopra’s uncle suggested one day that he head out to a nearby stadium to get some exercise.

It was there that Chopra first saw the javelin. Some might say it was love at first flight — a twist of fate that has made him a gold medalist and a recognizable name in a country of a billion people. Chopra will try to add another title to his growing list of achievements starting Thursday in the qualifying round at world championships in Eugene, Oregon.

“I keep hearing stories about kids wanting to take up athletics and parents also being more open to allowing their children to take up sport,” the 24-year-old Chopra said in an email interview with The Associated Press. “That is what I believe is the true legacy of my medal, and it is something I am incredibly happy and proud about.”

Since he became India’s first Olympic gold medalist in track and field last year, Chopra has appeared on the cover of Vogue India and his name has become one of the most searched on the internet among athletes in a country where cricket rules. Aug. 7 in India is National Javelin Day — the day he took the gold in Tokyo.

It wasn’t all by accident.

Growing up, he always loved to throw. He’d get the family’s cattle out of the water by throwing stones close to them, no matter how far away he was. He loved throwing sticks as far as he could while walking around his family’s wheat and rice farm.

“I remember it felt very good to be able to throw so far,” he said.

He was only getting started. His winning throw in Tokyo was 87.58 meters (287-4). These days, he’s recognized everywhere he goes in India — streets, malls, airports and restaurants. Everyone wants to take a picture with Chopra or get his autograph.

“It’s different from earlier when I could be more carefree about roaming around in public, but I like to think of it as me being privileged to receive so much adulation,” Chopra said. “I’m mostly grateful for the support.”

There’s pressure, too, as one of the most familiar faces in a country that reveres cricket, soccer, badminton, field hockey and, now, the javelin.

“I try to go into every competition with the same aim, which is to do my best and try to achieve my best throw,” Chopra said. ”As long as I’ve been training well and feeling good about my body, I am confident about my chances and that’s the mindset I usually use going into any competition, be it the Olympics or world championships. It’s worked for me in the past, so hopefully, it continues to work for me.”

In May, the Athletics Federation of India (AFI) debuted a kids’ javelin to encourage an even safer way to take part in the sport. The launch was announced by none other than Chopra in a video message.

“We cannot let go of the spike in interest for athletics among youngsters in India,” AFI President Adille J. Sumariwalla said in a release.

Chopra also is in the Indian Army, holding the rank of subedar, which is one higher than junior commissioned officer, he explained. He’s been given no specific military requirements other than to keep doing what he does best — throw.

In that regard, Chopra is still searching for that “perfect” throw, where everything comes together. He had a setback in May 2019 when he underwent elbow surgery to remove bone fragments that had dislodged. That led him to miss the world championships in Doha that season, which makes him more eager for this version of worlds in Oregon. His biggest challenger figures to be Anderson Peters, the reigning world champion from Grenada.

“Despite the many competitions I’ve competed in and throws I’ve thrown, there’s always this feeling that something could have been better,” Chopra said. “Having said that, I think that feeling is also important to keep the hunger and drive to do better alive.”

It also helps knowing there are kids in India getting involved because of him.

“I am known as Neeraj Chopra,” he said, “because of javelin.” 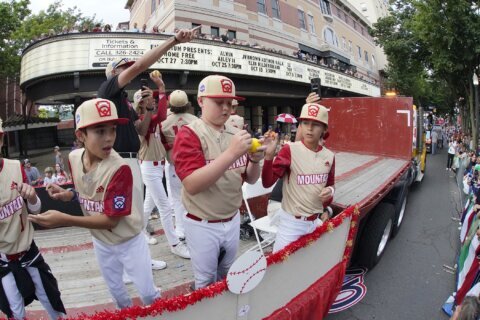 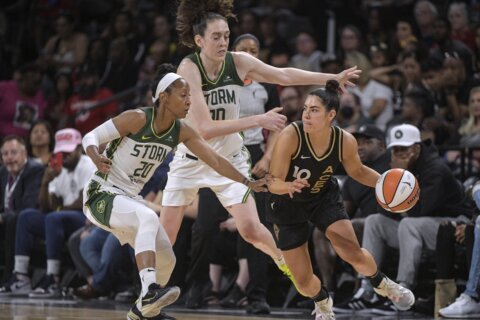 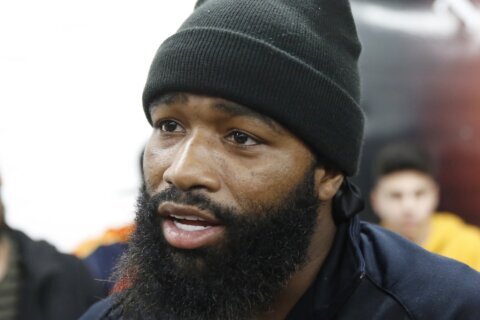