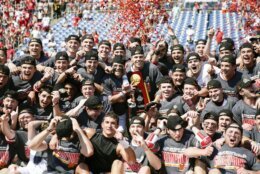 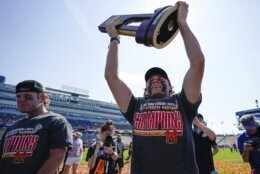 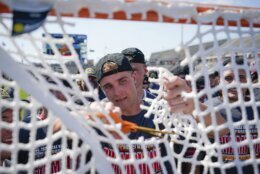 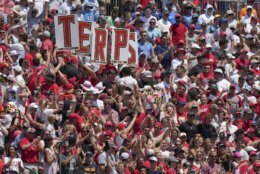 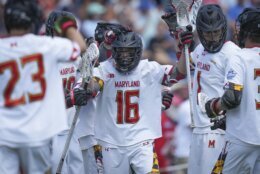 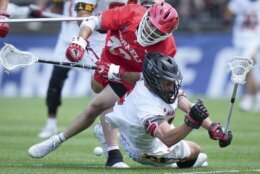 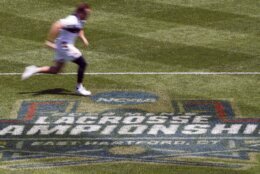 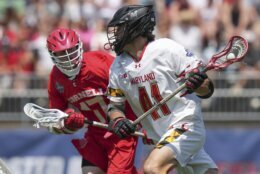 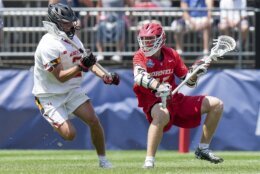 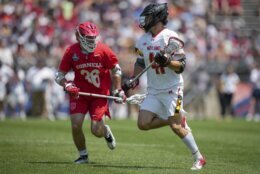 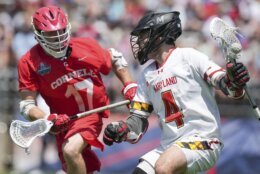 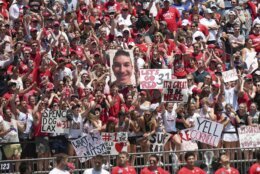 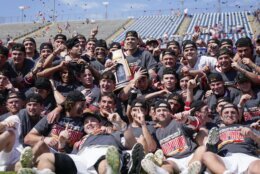 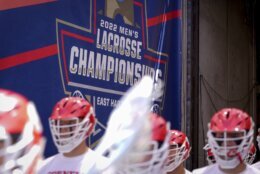 Anthony DeMaio scored four first-half goals for his fifth hat trick in his last six games, Logan McNaney made 17 saves to be named the NCAA Tournament’s most outstanding player and top-seeded Maryland completed a perfect season by holding off Cornell 9-7 on Monday to win the men’s lacrosse title.

Maryland (18-0) set an NCAA record for most wins in a season without a loss, becoming the first undefeated team since Virginia in 2006. The Terps are 33-1 in the last two seasons, with the lone loss coming in the 2021 championship against the Cavaliers.

“All I wanted to do was see these kids not crying this year,” Maryland coach John Tillman said. “Last year to see the tears, I feel so bad for guys like Nick Grill or Jared Bernhardt and the all the seniors last year that didn’t get this chance. Our guys were focused all year long and I give them a lot of credit.”

Maryland ended the first quarter on a 4-0 run, with three straight goals from DeMaio during a span of 2:09, and the Terps led 7-2 at halftime. Maryland scored two goals in 42 seconds to open the second half for a 9-2 lead, but the Terps went scoreless for the last 27 minutes as Cornell battled back.

The Big Red scored four unanswered goals to get within 9-6 with 7:27 left in the fourth. John Piatelli, the nation’s scoring leader, scored with 35.3 seconds remaining to set a Cornell record with 66 goals, but Maryland won the faceoff before running out the clock.

Logan Wisnauskas had two goals and two assists to become the first Terp to record 100 points in a single season, breaking Bernhardt’s record of 99 last season.

Ivy League freshman of the year CJ Kirst opened the scoring midway through the first quarter and he also scored early in the second for his 55th of the season. 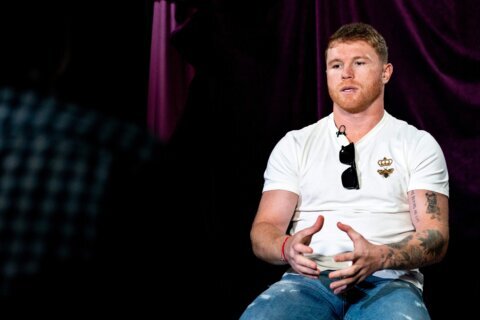 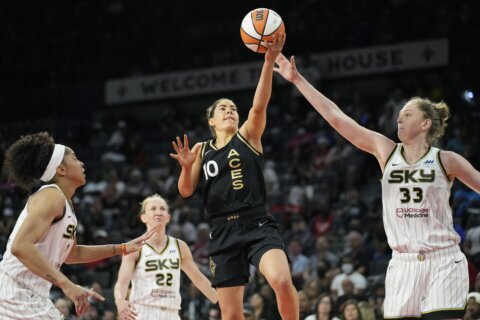