VAL d’ISÈRE, France (AP) — Sofia Goggia has been unbeaten in downhill for an entire year. Now the Olympic champion from Italy is starting to dominate in super-G, too.

Goggia won the last women’s World Cup super-G of the calendar year Sunday, a day after she triumphed in her seventh straight downhill.

Sunday’s result made her the only skier with multiple super-G wins this season.

“Because in downhill, you have to confirm every time that you are there. In super-G, I really feel like I’m not the strongest and I really have to create a lovely race.”

On a crisp clear day in the French Alps, Goggia wasn’t the fastest starter but mastered the tricky middle section of the O.K. course to beat Ragnhild Mowinckel of Norway by 0.33 of a second.

Italian teammates Elena Curtoni and Federica Brignone were third and fourth, respectively, followed by Mikaela Shiffrin, who finished 0.75 off the lead in fifth.

“This was the best super-G of my career. I stayed calm, was fluid from top to bottom and never slowed down,” Goggia said.

It was the fifth win in 17 days for Goggia, who raised her career tally to 16 wins, one short of the Italian record held by Brignone, the 2020 overall champion.

Goggia increased her lead over Shiffrin in the overall standings to 65 points. The American initially planned to sit out the race and only decided last Wednesday to compete.

Sunday’s race was the last speed event until mid-January. Next up are eight technical races, where Shiffrin usually scores more points than Goggia.

“Super-G is always tricky. You never know the speed, the lines, the tactics,” Goggia said.

In super-G, skiers get to inspect a course before the start but, contrary to downhill, they don’t get training runs in the buildup to a race.

According to Goggia, she could have taken more risks on Sunday.

“I felt like in the upper part, I was really precise and smooth, but I kept too many lines. I could have skied more straight,” she said.

Goggia won the race on the middle part, where she gained around half a second on her main challengers for the win, including Brignone, who had won the previous super-G, in St. Moritz a week ago.

While officially still part of the Italian team, Brignone this season has been working separately more often with her brother and coach, Davide.

“We know that united we’re stronger. My relationship with Federica has improved over the last few months and it’s great to share these results with her and Elena,” said Goggia, adding she dedicated her victory to Italian great Alberto Tomba, who turned 55 Sunday.

Mowickel, a two-time Olympic silver medalist in 2018, earned her first podium in nearly three years, having worked her way back from a severe knee injury.

The Norwegian started 19th and prevented an Italian sweep of the podium, as Curtoni and Brignone were still ranked second and third before the Norwegian’s run.

“I felt like myself again, to go and attack it and ski clean, and as clean as I can,” said Mowinckel.

“It’s been a bumpy ride all together but I am very happy to be here here again. I am back.”

Shiffrin’s teammate Breezy Johnson, coming off a third place in Saturday’s downhill, finished 1.09 off the lead in ninth.

World champion Lara Gut-Behrami, the only skier other than Goggia or Brignone to win a super-G this season, missed the race weekend after testing positive for COVID-19. The Swiss former overall champion will also sit out two giant slaloms in nearby Courchevel on Tuesday and Wednesday. 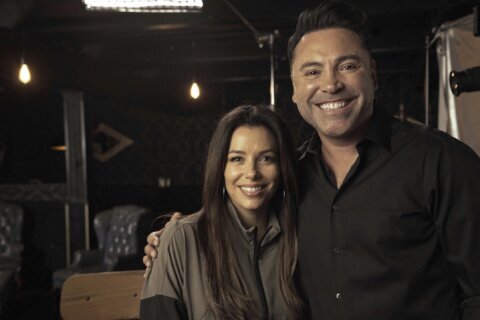 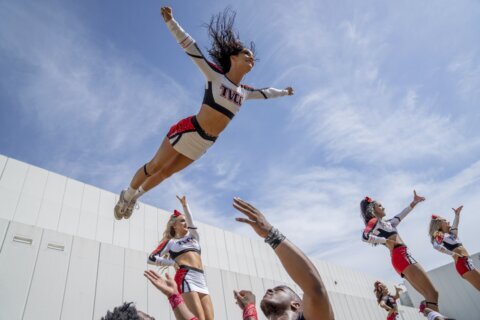