The early favorites and top contenders in Saturday’s nine Breeders’ Cup races on Day 2 of the world championships at Del Mar:

Gamine won this race by 6 1/4 lengths last year and hasn’t skipped a beat this season with a perfect record in four stakes races. She has settled in as a dominant force in distaff sprint races and will be well supported by the bettors. A small field with only four rivals helps her cause as if she needs any assistance.

Keep an eye on: Bella Sofia (5-2) faces her biggest challenge as the 3-year-old is traveling cross country from New York to face older rivals. She is on a three-race winning streak, making her the logical second choice behind the heavy favorite. California-based Ce Ce (4-1) doesn’t have to go far but she was no match for Gamine in the Ballerina Handicap in August at Saratoga.

In what should be a wide-open scramble among some of the world’s fastest turf sprinters, Golden Pal just might be the quickest of the quick. He won the Juvenile Turf Sprint last year and returns to the Breeders’ Cup to face his elders, this time with a 4-for-4 mark in U.S. turf sprints.

Keep an eye on: Glass Slippers (6-1) is back to defend her title. She won this race last year with a powerful rally from 10th place. The mare is winless in three stakes this season with a trio of thirds against top-level runners in England, Ireland and France. Emaraaty Ana (5-1) makes his North American debut with a stalking style that could see him ideally positioned right behind Golden Pal.

Sped away to a 5 1/2-length win in the Kelso Stakes at Belmont Park as the 1-20 favorite. Yes, he is that good, and that fast. He started his career with three consecutive wins for trainer Bob Baffert; he shows a narrow loss and the Kelso win since transferring to Pletcher’s barn.

Keep an eye on: Silver State (7-2), the Met Mile winner, should be the major threat to Life Is Good. He does his best work with a rousing rally in deep stretch, setting up an exciting contrast in styles. Ginobili (4-1) has the home-field advantage with a 3-for-4 record at Del Mar.

War Like Goddess is the North American leader among long-distance filly and mare turf runners. She has won four in a row, all stakes races, including the Grade 1 Flower Bowl at Belmont Park in her most recent outing. Now we get to see how she stacks up against some of Europe’s finest.

Keep an eye on: Audarya (5-1) won this race last year with a relentless stretch rally. She is winless in four Group 1 stakes this season, split evenly between England and France. This might represent a class drop for the talented 5-year-old. Rougir (6-1) was the winner of the Prix de l’Opéra at Longchamp in Paris last month, with Audarya finishing fourth. They renew that rivalry in Southern California.

The talented 3-year-old faces older rivals for the first time. He ran fourth in last year’s Juvenile but has blossomed this season as Asmussen concentrated on shorter races. He has outstanding early speed but has proven he can come off the pace if the race sets up that way.

Keep an eye on: Dr. Schivel (4-1) is the best local hope. He has won five in a row at Santa Anita and Del Mar, including a dominant win in the Santa Anita Sprint Championship last month despite a broken right rein. Firenze Fire (10-1) is best known as the horse that tried to savage Yaupon in the stretch run of the Forego Stakes at Saratoga. This is his fifth straight Breeders’ Cup appearance. He was third in this race last year.

Space Blues arrives from Europe in spectacular form following stakes wins at York in England and Longchamp in Paris. He finished both races well within himself, putting away the competition with an explosive closing kick.

Keep an eye on: Mo Forza (5-1) is very familiar with this course with three wins and two seconds over the Del Mar turf. He has won four in a row, all Grade 2 stakes. He needs to step up one more level to handle the international competition. Mother Earth (8-1) rallied from far back to get second in last year’s Juvenile Fillies Turf. This will be her 11th straight race at this one-mile turf distance.

Another win here would build the case for including Letruska in the Horse of the Year discussion. She has been brilliant all season, winning six graded stakes at six different tracks. Her game is straightforward — blast to the lead and defy the competition to reel her in.

Keep an eye on: Shedaresthedevil (4-1) pinned the lone loss on Letruska this year in the Azeri Stakes at Oaklawn in March. Letruska captured the rematch in the Ogden Phipps Stakes at Belmont Park, setting the stage for this showdown. Malathaat (4-1) has probably already locked up the 3-year-old filly championship with her wins in the Kentucky Oaks, the Alabama and the Ashland.

The 5-year-old Irish mare is back to defend her title in the key turf race of the Breeders’ Cup. She recovered nicely from a poor start in last year’s Turf, rallying with authority for a mild 9-2 upset. She suffered narrow defeats in her last two, the Irish Champion Stakes and the Prix de l’Arc de Triomphe. It’s never easy from post 13, but she has the class and talent to overcome.

Keep an eye on: Always count on trainer Chad Brown to have multiple top-class turf horses for the premier races. He entered two: Rockemperor (15-1) and Tribhuvan (20-1). Walton Street (8-1) makes his second straight North American start after a dominant win in the Canadian International.

Horse of the Year honors are on the line in the concluding race of the Breeders’ Cup. Knicks Go won the Dirt Mile last year; this time he stretches out an additional quarter mile. He is untested at this distance but Cox has no doubt he can sustain that devastating speed. He is unquestionably the leading older dirt runner with Grade 1 wins in the Pegasus World Cup and the Whitney. Horse of the Year is there for the taking.

Keep an eye on: An impressive collection of 3-year-olds starting with Essential Quality (3-1), last year’s Juvenile winner who also hails from the Cox barn. This will be the first time the stablemates meet. There are no distance limitations for Essential Quality, who captured the 1 1/2-mile Belmont Stakes. He also won the Blue Grass and the Travers, putting him in position to be Horse of the Year if he beats Knicks Go. And then there is Medina Spirit (4-1), who may eventually be declared the Kentucky Derby winner when his failed drug test controversy is resolved. Early speed is his weapon, but there are none quicker than Knicks Go. 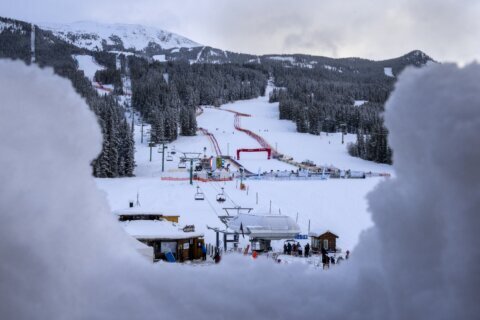 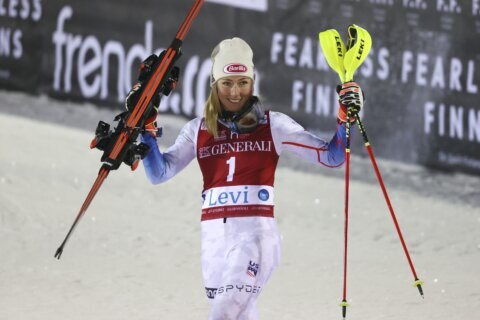 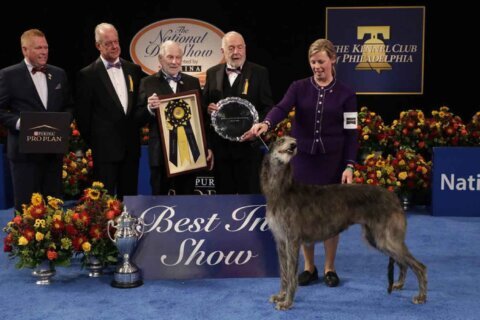