BOSTON (AP) — First was the marathon. Now comes the sprint. A day after the only fall race in the…
Listen now to WTOP News WTOP.com | Alexa | Google Home | WTOP App | 103.5 FM

BOSTON (AP) — First was the marathon.

A day after the only fall race in the Boston Marathon’s 125-year history, organizers turned their attention to the 2022 event and whether to keep any of this year’s pandemic-inspired changes.

Complicating their planning: they have half the usual time to decide.

“I know we call it the 125th, but this one was like starting over again,” race director Dave McGillivray said on Tuesday, about 24 hours after Kenyans Benson Kipruto and Diana Kipyogei broke the tape on Boylston Street. “Next year, who knows if we do anything like this?”

One decision that’s already been made: the race won’t immediately go back to the full, pre-pandemic field size of more than 30,000 when it returns to its traditional Patriots’ Day start on April 18, 2022. To allow for greater social distancing at the start and on the course, this year’s field was capped at about 18,000 — with 15,736 making it to the starting line and 15,461 finishing.

How much smaller is still being debated.

“If we can find somebody to tell me precisely what the public health situation will be, we’ll know what the field size will be,” Boston Athletic Association President Tom Grilk said.

“So it will be some number that’s smaller,” he said. “And, if a miracle occurs and suddenly there’s one pill that prevents COVID and another one that cures it, we’ll expand the field size in January.”

Grilk said organizers haven’t decided whether to retain the rolling start, used for the first time this year, in which runners boarded scheduled buses in Boston and left Hopkinton as soon as they arrived instead of waiting around on the Town Green for hours for their wave to be called.

The change was popular — McGillivray said runners kept asking him, “Can we really start right now?” But it also stretched the process for about an hour longer than the 50% larger field needed in 2019.

That required the eight cities and towns along the course to keep their roads closed — an added cost in services and convenience. A rolling start with a full, 30,000 person field would need even more time.

“A lot of people are going to love it,” Grilk said. “Which would you rather do, wait for a long time, or just go?

“But you’re trying to close it with 30,000 people and still give the roads back to the cities and towns so people can get on with their lives,” he said.

Grilk said organizers juggled different plans over the past 14 months, including ones in which everybody would be tested. “When we started planning this, there was no vaccine,” he said.

Instead, the B.A.A. required all participants to either prove they were vaccinated or pass a COVID test before picking up their bib number. About 93% chose the former; of the 1,507 tests administered in the Copley Square medical tent to competitors, vendors and volunteers, only three came back positive.

Planning for the 2022 race is like aiming at a moving target, McGillivray said, but the B.A.A. is proceeding on the assumption that the COVID-19 pandemic will still be some sort of factor and is following the recommendations of scientists.

One change that’s not on the table: The race won’t be moving to October full-time, despite the perfect weather, the smooth execution and even the Red Sox obliging with a playoff victory later Monday night. 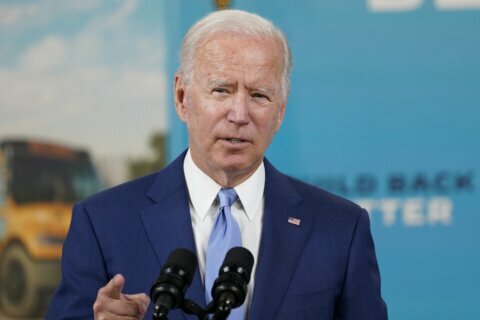 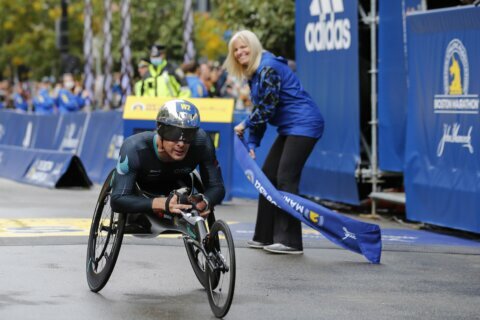