Coronavirus News: Mandatory vaccines for Maryland students? | Cost of care for unvaccinated Virginians with COVID | 'A local hospital amid Delta' | Latest cases in DC region
Home » Other Sports News » US edges Canada in…

US edges Canada in Rugby WCup qualifier after 2nd-leg win

GLENDALE, Colorado (AP) — The United States edged Canada in a two-leg Rugby World Cup qualifier by nine points after winning the second test 38-16 on Saturday with a hat trick of tries by flanker Hanco Germishuys.

Following a surprising 34-21 loss last weekend in St. John’s, the U.S. dominated the set-pieces, led 25-9 at halftime and finished with six tries to a penalty try awarded to Canada in the dying seconds. It won the series on aggregate, 59-50.

The Eagles will face Uruguay on Oct. 2 and 9 for a place at the 2023 World Cup in Pool A with host France, New Zealand, Italy and an Africa qualifier.

Canada, which has never missed a Rugby World Cup, will play Chile. The winner faces the loser of the U.S.-Uruguay series for a spot in World Cup Pool D with England, Argentina, Japan and Samoa.

Despite flanker Jamason Fa’anana-Schultz landing in the sin-bin early, the U.S. swept Germishuys over the tryline from a driving maul off a lineout.

A box kick fumble led to wing Christian Dyer’s try, then Germishuys got his second when he carried two Canadians over the line for 18-6 in the 28th minute.

Another driving maul set up Germishuys for his third try on halftime.

Scrumhalf Ruben de Haas added a long-range dropped goal from a Canada tryline dropout in the second half, and scored a try two minutes later from his own chargedown.

Prop Joe Taufete’e touched down from the back of another rolling maul in the rain as the Americans ended a seven-test losing run. 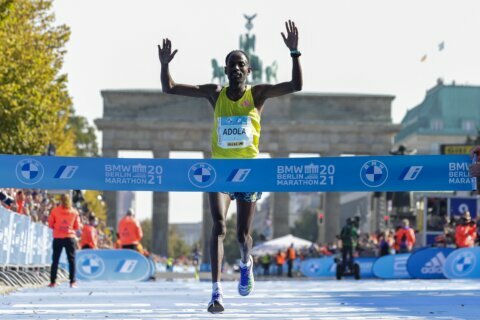 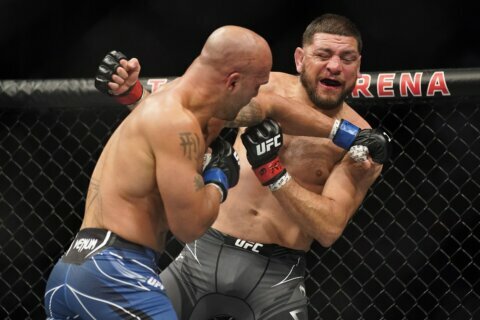 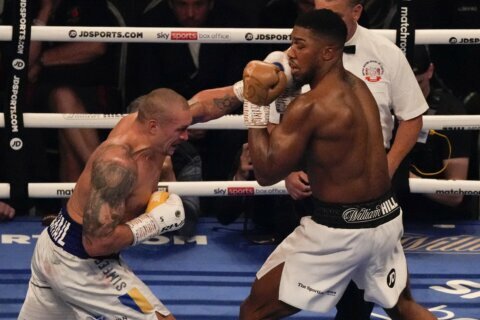