No UFC heavyweight has made more title defenses or landed more punches than Stipe Miocic. He has knocked out a…
Listen now to WTOP News WTOP.com | Alexa | Google Home | WTOP App | 103.5 FM

No UFC heavyweight has made more title defenses or landed more punches than Stipe Miocic. He has knocked out a remarkable portion of the best fighters of his generation, leaving little doubt he’s the most accomplished heavyweight ever to step inside a mixed martial arts cage.

And the champion is still a betting underdog Saturday night at UFC 260 against Francis Ngannou, an opponent he thoroughly dominated three years ago.

“I’m used to it at this point, actually,” Miocic said with a smile. “Vegas hates me, so it’s all good.”

Miocic (20-3) is in Las Vegas anyway to meet another challenge in the unique MMA career of an active firefighter who pulled his most recent shift at the firehouse in Cleveland — and received the usual good-natured teasing — just eight days before he defends his heavyweight crown.

“It’s never going to change,” Miocic said. “They’re going to make me clean toilets, mop floors, clean trucks. That’s what I love about them. They don’t treat me any different. I wish they did, but I’m still the lowest man on the totem pole, working my way up.”

Even with Miocic’s unmatched list of accomplishments, some bookies and fans apparently will never process the notion of a 38-year-old with a second full-time job beating the extraordinary athletes dotting the UFC heavyweight roster.

Although they’ve met before, this matchup with the 34-year-old Ngannou (15-3) is a refreshing change for Miocic, who hasn’t fought anybody except Daniel Cormier in three years. Miocic won two of three and reclaimed his belt from his most daunting foe.

Miocic went into that trilogy after easily controlling all five rounds in 2018 against Ngannou, the up-and-coming challenger widely expected to take Miocic’s crown. The heavyweights have watched each other since then, and Miocic has no doubt Ngannou earned another shot.

“He’s gotten way better,” Miocic said. “He’s got great coaches and teammates. He’s evolved, you can tell. I definitely know he’s prepared. He has great coaches. He’s got the hunger and he’s got the drive. I can see that. I’m here to extinguish it again.”

With a win, Miocic would have the most heavyweight title fight victories in UFC history.

But Ngannou has demonstrated his own tenacity over the past 2 1/2 years, reviving a career that collapsed almost as quickly as it rose.

Ngannou was unbeaten in UFC competition and thought to be the future of the heavyweight division before Miocic embarrassed him. The Cameroonian challenger then appeared to be in serious trouble when he lost a lifeless decision to Derrick Lewis six months later, but Ngannou responded with four consecutive first-round knockout victories to jump back to the top of the contenders list.

Ngannou’s memory of his loss to Miocic fueled his comeback.

“I hate to watch that fight, because I don’t recognize myself,” Ngannou said. “That guy looked like me, but I don’t recognize that style. I made a lot of mistakes leading up to that fight. I wasn’t there myself. I didn’t even have the emotion in that fight. I don’t know how I had that lack of emotion. But this time, things will be different. I’ve had enough time with my team, and everything is going to be right.”

The heavyweights are the main event in what might be the UFC’s final pay-per-view show held in a mostly empty gym on its corporate campus.

The promotion hits the road again next month to fight in arenas where state and local governments will allow full-capacity crowds amid the coronavirus pandemic, which has caused dozens of UFC fight cancellations and alterations over the past 10 months, including several fights on this card.

Another superstar looms over this heavyweight title matchup: The winner’s next bout is likely against Jon Jones, the long-reigning light heavyweight champion who’s currently moving up to combat sports’ traditional glamour division.

Ngannou might be the small favorite, but he isn’t looking past the champion who delights in proving everyone wrong.

“I always wanted to have this fight for the title against Stipe, because he made the point that he’s a better fighter,” Ngannou said. “I want to avenge that and prove that I’m the best.” 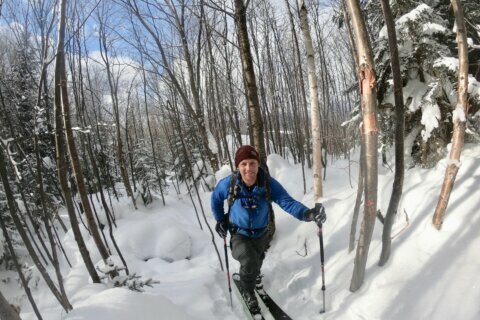 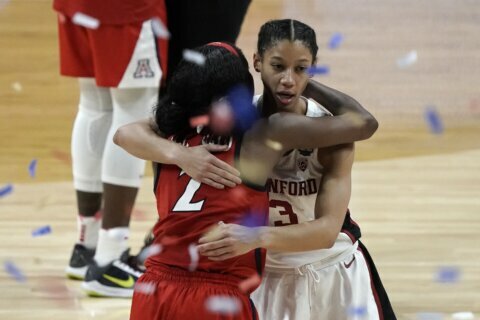