Candace Parker is headed home and Kayla McBride is getting a fresh start in Minnesota.

WNBA free agents can’t officially sign until Monday, but Parker is leaving Los Angeles for Chicago after playing the first 13 years of her professional career with the Sparks, according to a person familiar with the decision. The person spoke to The Associated Press on condition of anonymity Wednesday because no official announcement is allowed until Feb. 1.

McBride told WSlam! that she would be joining the Lynx once free agents can officially sign deals Monday. A different person familiar with the situation confirmed to the AP that an agreement was in place. That person spoke on condition of anonymity because no announcement is permitted until Feb. 1.

There could be a lot of movement in the WNBA this offseason with many big-name unrestricted free agents, including Chelsea Gray, Alysha Clark, Amanda Zahui B., Betnijah Laney, Cheyenne Parker and Jasmine Thomas. Nearly 75% of the players on the Sparks’ roster are free agents.

“We really worked as hard as possible to make sure that we loved them all and were committed to all of them and wanted to try the best we could to re-sign as many as possible. But there was no way to keep everyone happy and make sure everyone gets paid,” Sparks general manager and coach Derek Fisher said during a live Twitter chat with the AP. “That makes for some tough decisions and we’ve had some hard conversations. That’s led to increased player movement from our roster.”

Two players who are free agents but won’t be moving are Sue Bird and Diana Taurasi. The all-time assist leader and points leader will be staying in Seattle and Phoenix, respectively.

There was a time when Parker would have fallen into the same category as Bird and Taurasi as a lifer playing her whole career with one team. She was the No. 1 pick in 2008 by Los Angeles and is a two-time league MVP, and the WNBA’s Defensive Player of the Year last season.

Still, the chance to play at home in Chicago and finish her career in front of her family appealed to the 34-year-old. The Sky have a strong nucleus to put around Parker that includes guards Courtney Vandersloot and Allie Quigley, as well as budding star Diamond DeShields.

McBride has played her entire career for the Las Vegas franchise after getting drafted third in 2014 when the team was in San Antonio.

“After talking to Coach Reeve and the Minnesota staff, I know this is where I’m going to take my game to the next level,” McBride told the magazine. “And I know a lot of people are counting me out or doubting me.”

McBride averaged a career-low 12.5 points last season for the Aces, but helped them reach the WNBA Finals. The Notre Dame graduate has averaged 14.7 points over her career and shoots nearly 37% from behind the 3-point line.

The Lynx also have added Natalie Achonwa and Aerial Powers according to people familiar with the deals. The people spoke to the AP on condition of anonymity Thursday because no deals can go through until Monday.

Achonwa has played her entire WNBA career in Indiana after getting drafted ninth by the Fever in 2014. She missed that season while recovering from an injury. She’s averaged 7.7 points and 4.5 rebounds in her career.

The 27-year-old Powers only played six games last season because of a hamstring injury. She was averaging 16.3 points and 4.8 rebounds for the Washington Mystics before she got hurt.

Powers confirmed her signing to Yahoo Sports, which first reported the move.

“I want to first thank the Washington Mystics, from coach (Mike Thibault) to everybody on the staff for welcoming me with open arms,” she said to the website. “I want to thank the fans for supporting me through my injuries. Their support never wavered. I won a championship with that franchise, and I’m extremely grateful. It’s the best experience a player can have.”

“The new salary cap a year ago has forced teams to rethink their rosters long term,” he said. “You used to be able to think in two- or three-year blocks. Now it’s four- or five-year blocks. Teams will be in a situation where you may have four or five high-paid players and need four or five young contracts to balance that out.”

“In the past there was very little movement. Movement came from trades,” he said. “You didn’t have much (free-agent) movement and we had a very stale offseason as far as fans following us and paying attention to our league. We’ve all said over the past few years that we have to find ways to generate interest in our league on a year-round basis. Player movement automatically does that. We have to do a better job of making our offseason relevant to our fans.” 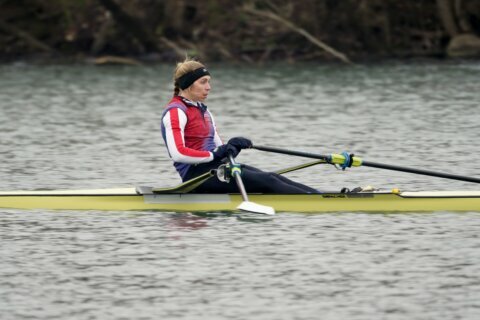 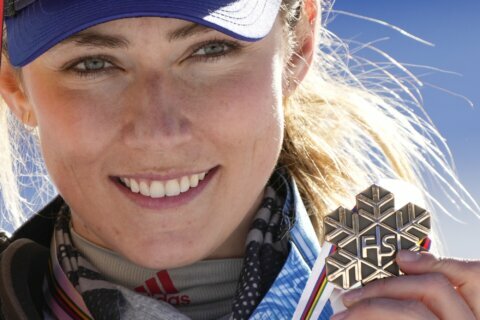