Horse racing officials and industry activists are hailing the passage and signing of a safety and integrity bill that will…
Listen now to WTOP News WTOP.com | Alexa | Google Home | WTOP App | 103.5 FM

Horse racing officials and industry activists are hailing the passage and signing of a safety and integrity bill that will standardize medication and doping rules in an effort to make the sport safer and fairer.

The long sought-after legislation became was part of the spending bill that President Trump signed into law Sunday night. It is set to go into effect no later than July 1, 2022 since it passed before the end of this year.

The bill gives an independent panel authority to set uniform, national medication, drug and track safety standards to be enforced by the U.S. Anti-Doping Agency. Racetracks that don’t take part won’t be allowed to take bets from out of state, and the rules will become part of the competition agreement for those who want to run horses.

“This is a monumental step forward that will help secure the future of thoroughbred racing in the United States,” New York Racing Association president and CEO Dave O’Rourke said. “For the first time, the sport will have a unified set of national safety and integrity standards to replace an outdated system that relied on patchwork regulation. … This legislation will further modernize horse racing and arrives at a critical juncture in its history.”

For decades, 38 different jurisdictions have been able to set their own rules, including varying limits on medication and how far out from a race certain drugs can be given. The Horseracing Integrity and Safety Act of 2020 will make those things uniform across the board, with one aim to eliminate the use of performance-enhancing drugs.

“It’s the first time it’ll have a national program for both the anti-doping as well as racetrack safety,” U.S Anti-Doping Agency CEO Travis T. Tygart said by phone Monday. “The ultimate goals of both of those is to ensure as safe and fair and drug-free of a sport as possibly can be.”

The bill is eight years in the making and gained further momentum after two major incidents. First there was a spike of racehorse deaths in California from 2019 into 2020. Then there were the March indictments of two high-profile trainers and more than two dozen others for taking part in a widespread international scheme to drug horses to make them race faster.

Animal Wellness Action executive director Marty Irby, who lobbied on behalf of the bill and testified before Congress in January, called it “the biggest gain for horses in half a century.” The National Thoroughbred Racing Association said it’s “historic legislation that will establish national standards to promote fairness and increase safety in thoroughbred racing nationwide.”

It will be up to the horse racing industry to figure out how to pay for new standardized testing and enforcement, but states already spend roughly $30 million annually in that department.

O’Rourke, whose state hosts over 200 days of live racing annually and the Belmont Stakes, expects the bill to provide the “strongest anti-doping authority the sport has ever seen” at a critical time.

“With the independent enforcement of uniform rules, I think it will be an absolute game changer for the sport if ultimately it’s put in place and run as effectively as it could be,” Tygart said. “We’re honored to be part of the solution.” 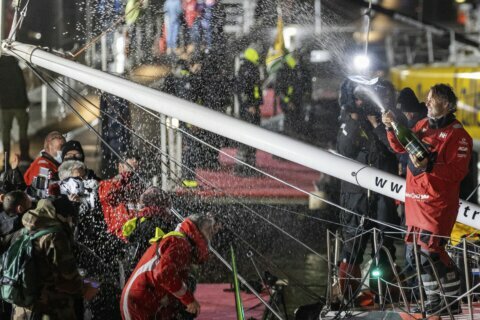 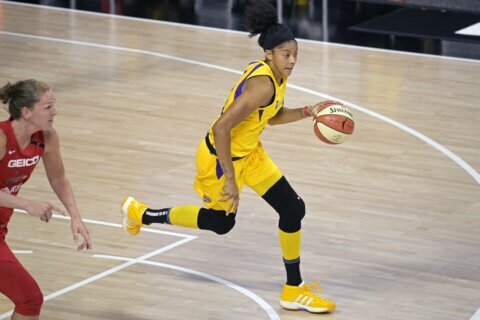