Horse racing on slow track with efforts to address diversity

Horse racing returns to Kentucky this weekend for another signature event it hopes will garner the attention of a mainstream…
Listen now to WTOP News WTOP.com | Alexa | Google Home | WTOP App | 103.5 FM

Horse racing returns to Kentucky this weekend for another signature event it hopes will garner the attention of a mainstream audience.

While it wants to be considered among North America’s major sports, the industry has so far lagged behind others in terms of how it is actively addressing systemic racism concerns during a nationwide reckoning on the issue. Owners Greg Harbut and Ray Daniels hope the Breeders’ Cup signals the start of a real conversation in horse racing, but they aren’t waiting around for change in an industry they feel has been largely tone-deaf due to a lack of prominent Black stakeholders in place to guide the sport during turbulent times.

“Conversations are beginning, but at this stage, that’s all we’re receiving is audio,” said Harbut, who co-owns Kentucky Derby horse Necker Island and is co-founder along with Daniels of an organization aimed at increasing minority involvement in racing. “We need some video to match the audio. When that happens, I think you’ll see things change. But the industry has to decide where it’s at now. Does it really want to see change?”

Unlike golf using the springboard of Tiger Woods’ dominance to champion diversity initiatives, tennis diversifying its leadership group and seeing an influx of players since Venus and Serena Williams burst on to the scene or the National Hockey League hiring Kim Davis as executive vice president to oversee social impact, horse racing has been slow to market to, attract and hire minorities outside of jobs on the backstretch and as jockeys.

By Derby week in September, there was an acknowledgement that the sport is “not doing enough quickly enough” and has “not successfully created an environment in which everyone feels welcome or included.” Churchill Downs said it’s “committed to taking real, concrete action to address institutional roadblocks to progress and playing our part in advancing the changes America so desperately needs.”

Still, being slow to change isn’t hurting the sport financially.

Even during the pandemic that has emptied grandstands, business is thriving, with record money being wagered all over the country, a trend that’s expected to continue Friday and Saturday with 14 Breeders’ Cup world championship races at Keeneland worth $28 million.

But horse racing has been unable to bring in fresh faces with no previous connection to the sport, especially minorities. By founding the Ed Brown Society named for the 19th century Black trainer, Harbut and Daniels hope they can create a pipeline for Black executives and sprout a generation of new fans to diversify a crowd that’s predominantly white on days without big races.

“When you go to the track, you see a 98, 97% really Caucasian audience or crowd that is partaking in the sport,” Daniels said. “When you do have a chance to bring other cultures to the track, they are quite shocked that this is not something that the industry is working on across the whole country.”

Some of the few people of color in positions of influence — including Jason Wilson, president and CEO of stats site Equibase, and Alicia Hughes, director of communications for the National Thoroughbred Racing Association — struggle to effect change in a stubborn sport.

Wilson learned early that endorsing diversity means nothing without policies and procedures to address it. While much of horse racing was silent in the aftermath of the police killing of George Floyd, Hughes helped craft the NTRA’s statement saying, “The systemic racism that has poisoned our country cannot be allowed to inflict its pain on one more generation” and pushed for more actions.

“Racing is kind of just waking up to the fact that it could do more and it needs to kind of do more,” Wilson said.

Daniels believes that change has to start from the top and trickle down, a struggle because horse racing has no central governing body and therefore no national marketing effort outside major events. But Daniels and other Black members of the horse racing community have started some conversations and reported largely positive experiences.

“Whenever you have a small number of a certain group, there really is no issue, per se, because nobody else feels threatened,” Wilson said. “We’re not even at the point where there are enough people where the system’s going to really just have a true issue.”

One of the few black, U.S.-born jockeys on the circuit, Kendrick Carmouche also has experienced the best of the sport, heartened by the widespread response when he broke his right leg last year. After kneeling with fellow jockeys in the paddock before the first race when racing returned to New York over the summer, he understands actions like those are done for him because not many in the industry can empathize.

“I think they understand what’s going on, but they don’t want to be publicly out there with it,” Carmouche said. “A lot of people, if they don’t believe in it, they’d rather not set their mind up to think that way.”

Harbut has experienced it but hopes one day he will be able go to a turf club or enter a suite without worrying about having to explain he’s not lost or being asked if needs directions — that “this is actually where you belong.”

“Not that you need anything special done,” he said. “You just want to be treated like a regular person.” 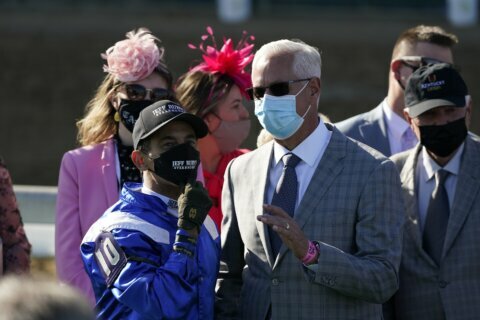 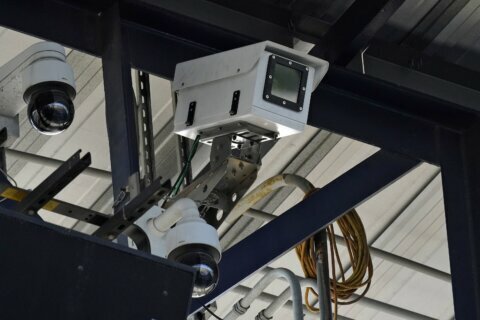 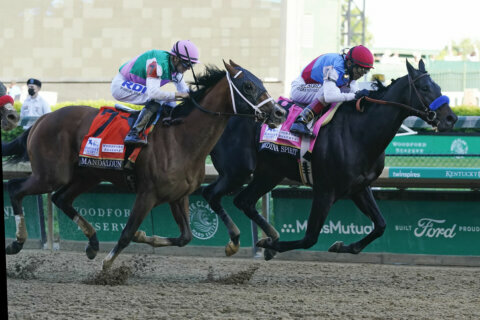