MATERA, Italy (AP) — Arnaud Démare claimed his second stage win in the Giro d’Italia by winning the sixth leg in another mass sprint on Thursday.

João Almeida held onto the pink jersey despite a mid-stage scare when he was crashed into by another rider.

For his 12th victory this season, Démare started his sprint before anyone else on the slightly uphill finishing straight and won easily ahead of Michael Matthews and Fabio Felline.

Démare, a French rider with the Groupama-FDJ team, also won Stage 4 in a three-way photo finish.

“Two days ago it wasn’t a perfect sprint but today it’s super,” Démare said. “I wasn’t sure if I could overcome the climb but I found the best position when it flattened a bit. I said that the earlier I would win a stage, the more stages I would win in this Giro. This is pure pleasure.”

Démare took nearly five hours to complete the 188-kilometer (117-mile) route from Castrovillari to Matera, which featured one third-category climb and a hilly finish.

Matera — in the southern Basilicata region — is known for its cave dwellings, which were inhabited until the 1950s.

Almeida stopped on the side of the road to fix the radio under his jersey with 37 kilometers (23 miles) to go when he was hit. Sprinter Fernando Gaviria went down in the same incident, but both riders quickly got going again.

This was Démare’s third career win at the Giro. He also won a stage in Modena last year to go with his two stage victories at the Tour de France in 2017 and 2018.

Four riders formed an early breakaway and established a lead of more than 10 minutes on the peloton before eventually being reeled back in.

James Whelan was the last of the breakaway riders to be caught, with 14 kilometers (8.5 miles) to go.

Stage 7 on Friday, a mostly flat 143-kilometer (89-mile) leg from Matera to Brindisi, also sets up well for sprinters.

The Giro was rescheduled from its usual May slot because of the coronavirus pandemic. The race ends on Oct. 25 with an individual time trial in Milan. Betting on the Future: Ted Leonsis on bringing sports betting out of the shadows 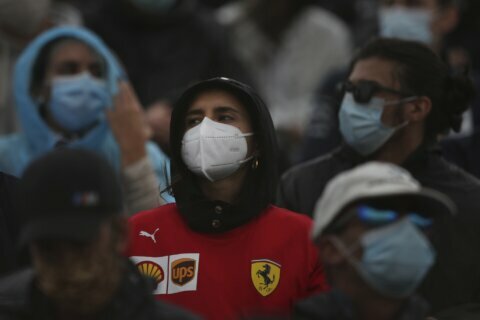 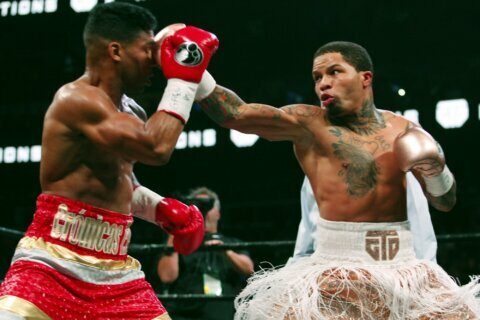