Art Collector is biggest threat to Authentic in Preakness

Drury will start his first horse in a Triple Crown race when he saddles Art Collector in Saturday’s Preakness, which will be the final leg of the Triple Crown for the first time in its 145-year history. And now that Drury’s wait is over, Art Collector looks like the biggest threat to Kentucky Derby winner Authentic at a mostly empty Pimlico Race Course.

Drury was poised to make his Triple Crown debut at the Kentucky Derby until he discovered something was wrong with Art Collector, arguably the best horse he has ever had in his barn. Drury made the difficult decision to scratch him, a move he called a no-brainer.

“The Kentucky Derby’s a race of a lifetime for a horse trainer, but at the end of the day, the ultimate responsibility that we have is to put our horse first,” Drury said. “It just wouldn’t have been fair to him to leave him over there, especially at that level of competition, and ask him to run his very best race knowing that there was an issue going on.”

Now, Art Collector is set to race — four weeks after Drury took no risks with his impressive colt.

“We’re certainly going to stand by that decision and there’s no looking back at this point,” Drury said. “We’re focused on the Preakness and what we can do down the road. … Our horse is good right now, and we’re ready to take our best shot.”

Art Collector is the 5-2 second choice on the morning like after 9-5 favorite Authentic, who if he wins would make trainer Bob Baffert a perfect 6 for 6 taking the Derby winner to the Preakness. There will be no fans on-hand, only select owners, trainers and other essential personnel because of the coronavirus pandemic.

Nonetheless, Baffert, who also has Thousand Words in the 11-horse field, is looking for his record-breaking eighth Preakness victory.

Baffert and Drury shared a golf cart ride at Churchill Downs prior to the Derby, and that’s about all they share. The two had never met before, and while Baffert has swept the Triple Crown twice and won 16 races in the series, Drury has never even started a horse in a Triple Crown race until now.

Art Collector, a popular pick to win the Derby before getting scratched, is finally putting Drury in the spotlight after more than 30 years in the business.

“He’s taken my career to places that I never dreamed it would go, and he’s just a member of the family,” Drury said. “I’ve not had anything like him ever before.”

“He just looked like a monster,” said Olczyk, an NBC Sports analyst who questioned why former trainer Joe Sharp didn’t try Art Collector in two-turn races on the dirt last year. “I just think, for me, what has happened is this horse is running the distance and running on the surface that he was bred to run on. I think the sky’s the limit for this horse.”

Some other things to know about the Preakness:

Art Collector is looking to beat Authentic 20 years after a similar upset of a Kentucky Derby winner by another contender, when Red Bullet defeated Fusaichi Pegasus in the Preakness. Jockey Jerry Bailey knew he had to make his move aboard Red Bullet before Fusaichi Pegasus did and figured he’d need a better 1 3/16-mile trip to win.

It’s a recipe Brian Hernandez could follow with Art Collector.

“If I were riding the race, I would certainly know that you cannot let Authentic get away with anything easy early in the race,” said Bailey, who’s now part of the NBC broadcast team. “You’ve got to challenge him at some point, earlier than he was challenged in the Derby or you’re probably not going to beat him.”

If Authentic runs his best race like he did in the Derby on Sept. 5, he’s probably not losing to any of the top challengers: Art Collector, filly Swiss Skydiver, Derby third-place finisher Mr. Big News or NY Traffic, who challenged him down the stretch in the Haskell Stakes in July.

Starting with the Derby, Baffert switched to jockey John Velazquez, who gave Authentic a masterful ride and will try to do the same in the pursuit of his first Preakness win. “I’ve been chasing this race for quite a bit,” Velazquez said. “You hope that this is it, that this horse is going to do it for me.”

Velazquez will have a more difficult task in the Preakness with more speed in the field, after so many in racing watching the Derby were baffled by NY Traffic jockey Paco Lopez sitting back and not pressing Authentic. Like many of Baffert’s top thoroughbreds, Authentic prefers to be on the lead and a fast pace could set up for a stalking horse like Art Collector to go by him, especially with Belmont Stakes winner Tiz the Law skipping the Preakness.

HAPPY TO BE HERE

Trainer Steve Asmussen, who has three horses in the Preakness with Max Player, Pneumatic and Excession, is just glad the 2020 Triple Crown happened amid all the turmoil in sports and the world. 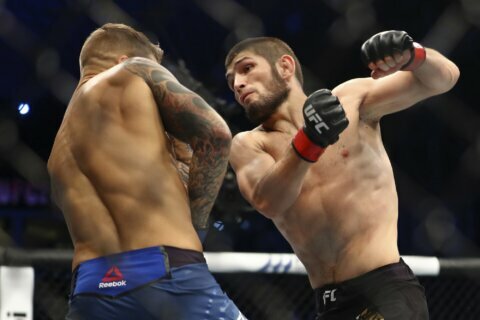 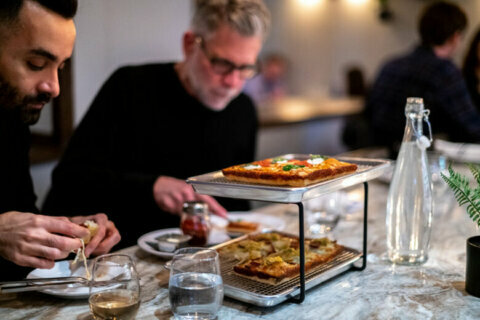