WNBA gets boost from return of some big-name stars

When the WNBA season begins this weekend inside its Florida bubble several familiar faces that were absent a year ago…
Listen now to WTOP News WTOP.com | Alexa | Google Home | WTOP App | 103.5 FM

When the WNBA season begins this weekend inside its Florida bubble several familiar faces that were absent a year ago will be back on the court.

It’s an important return for the individual players, their respective teams and the league as a whole.

“If you look at last year, a lot of people were not playing and the fact is we’re all able to be back,” Seattle’s Breanna Stewart said. “All feeling at our best and continuing to bring the spotlight to the WNBA.”

Even with the attention on the incoming rookie class led by top pick Sabrina Ionescu, the group of players returning after missing all or part of the 2019 season is a major boost for the league.

The group is headlined by Stewart, the 2018 league MVP, who suffered a torn Achilles playing overseas last year that cost her the WNBA season. There’s also her Seattle teammate Sue Bird, who underwent knee surgery and was a spectator a year ago along with Stewart.

Phoenix will welcome back nine-time All-Star Diana Taurasi after she was limited to just six games last season due to back and hamstring injuries. And the Mercury will get their first look at guard Skylar Diggins-Smith after she missed last season following the birth of her son. Diggins-Smith was traded from Dallas to Phoenix earlier this year.

Las Vegas will have Angel McCoughtry back after she injured her knee in 2018 and sat out last season.

“I’m anxious to get back on the court,” McCoughtry said. “Would love to be playing by the pool in Las Vegas, playing in front of our fans. I’m glad to be back playing right now.”

The last time Bird and Stewart were on a WNBA court together was Game 3 of the 2018 Finals when the Storm finished off its sweep of the Washington Mystics. Bird admitted it was important for her to play this season because another year on the sideline would have made retirement a real option for the 39-year-old.

“I know what to expect, but it doesn’t necessarily mean I’m going to be prepared for it,” Bird said.

Bird and Stewart both had playing time with USA Basketball during its 2019-20 college tour to knock off some rust. Stewart also played overseas in Russia prior to the COVID-19 pandemic shutdown.

“Getting back on the court, these past few days, it’s been weird. To be honest it was weird,” Stewart said. “I haven’t been around the team like that since 2018 and you look back and now 2018 was two years ago. But I’m excited.”

The longest layoff among those stars belongs to McCoughtry, who suffered her knee injury late in the 2018 season while still playing for Atlanta. Not far behind is Diggins-Smith, who played pregnant during the 2018 season before giving birth to her son in April 2019.

Taurasi is the only player of the five who saw the court during the 2019 season. She missed the first half of the season after undergoing back surgery. A hamstring injury after she returned limited Taurasi to only a handful of appearances.

“I feel great to get through everything. That’s an accomplishment alone,” Taurasi said. “Be a little smarter and it won’t get any easier, I’m not getting any younger. My body needs to be on the court. It’s been a pretty rough two years and it finally is going to pay off.” 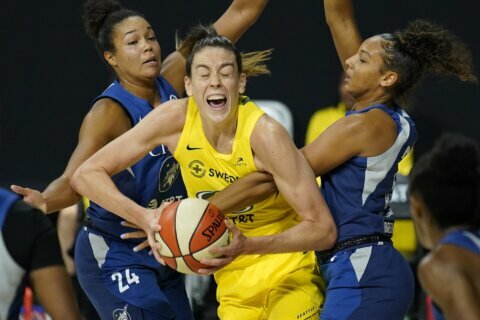 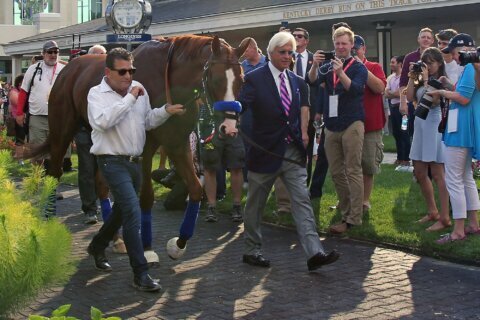 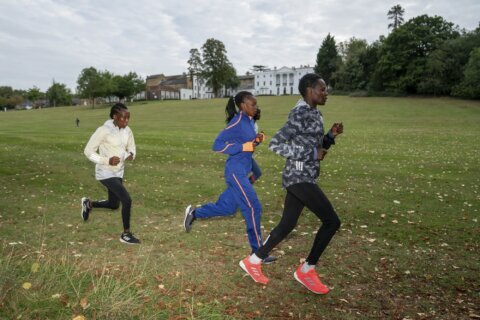